Goodbye to the Future 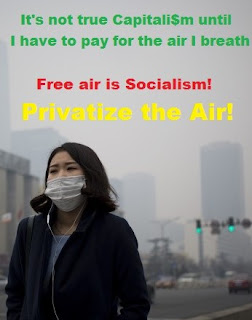 Climate change and global warming are the most pressing threats facing the world today. Hardly a day goes by without some mention in the media of climate change. We cannot build a green capitalism and even if we could we cannot build it in time. The two degrees increase in global warming signals the point at which ‘dangerous’ climate change is unleashed. Given the amount of devastation by extreme weather events that is already taking place around us, it is sobering to think what ‘dangerous’ climate change might actually look like. Most scientists predict that unless drastic action is taken the speed of global warming is set to accelerate and the consequences will become irreversible. All the available evidence points to a simple conclusion; even if green capitalism is possible, it cannot be adopted in time to stave off increasingly severe eco-system collapses. Paris agreements for implementation tomorrow is too late. Let us pledge ourselves not to a far-off future but system change right now. Technology that previously worked people must be turned into the means of emancipation. The current system of production poses an existential threat. The answer to this terrible threat is to build on the spirit of the revolts against capitalism but to go beyond protest to a social revolution that ends the threat of human and environmental disaster. The future of society and the environment depends upon the global working class wresting control of society and production from those who control it now. If we do not succeed in doing that then the future is going to very bleak indeed. If we do succeed it will mean we have the chance to reorganise production, using the fruits of a scientific understanding to re-build a world whose beauty we can safeguard for future generations. It is not less human intervention we need, but more – intervention that enables human beings consciously to control their own social labour on a world scale, instead of leaving it to the blind workings of the capitalist market. The ceaseless drive for profit leading to the neglect of everything that stands in the way of this has created ecological havoc from one end of the planet to the other.

Too often socialists have been accused for only opposing and not proposing. That has never been a valid criticism. Today’s need is not another centralised global institution, but the deconcentration and decentralisation of decision-making power, and the creation of a pluralistic system of organisations interacting with one another, guided by broad and flexible agreements and understandings. We are not talking about something completely new. Workers since the 19th C have called for the international organisation of the working class and raised the need for collaborative international workers’ struggles to raise wages, reduce hours and alleviate the nationalist-induced rivalries within our class. Socialists have tried to show that workers everywhere have an underlying common interest around which to unite and it is the capitalists who cannot overcome their divisions. An enormous hatred is growing against the many horrors of capitalism. Industrial pollution and ecological damage have provoked resistance in various countries. That hatred has to be turned into dedication to overthrow the entire capitalist system.

The threat to the environment, a direct result of capital’s uncontrolled expansion, can be answered only by the collective action of humanity as a whole. The “Greens” have done vital work in drawing attention to environmental issues. However, they only too often offer the wrong answers to the very questions they ask. For example, technology is not the enemy, but its perversion by the power of capital. The crisis of the ecological situation is a global problem. Its solution lies in the plane of rational and humane, that is to say, wise organisation, both of production itself and care for nature, not just by individuals, enterprises or countries, but by all humanity, linked with a clear awareness of our planetary responsibility for the ecological consequences of civilisation. Politicians and corporations of all hues now declare their commitment to do something about climate change and believe it or not but some of those who run world capitalism actually understand that the environment on which their system depends is in danger of disintegrating within a generation or two. There is no longer much dispute about what is happening.

Governments and businesses have a genuine interest in slowing down climate change, much the same as their predecessors had a genuine interest in eliminating the smog from the slums. But they cannot achieve their goal without slowing down the momentum of capital accumulation, the very basis of their system. The factory chimney stack smoke that were causing bronchitis in working class tenements have now become greenhouses gases threatening to devastate the whole of humanity. It is precisely because this is a global problem that those who support the system find it difficult to deal with. Capitalism is in the process of destroying all our futures. The environmental activists within the Green movement see climate change as the issue that overshadows all others. Everything else has to be subordinated to building a campaign such as has never been seen before in an effort to force governments and firms to take the necessary action. They are raising much-needed awareness of what is happening. But campaigns focused purely on climate change will not be the answer to the problem for deep-seated change is required. Fossil fuel industries are intertwined with every aspect of the system’s functioning, including the lives of those of us living within it. Recognition of this leads many environmental activists to the conclusion that the only solution is for people to change their individual lifestyles as we all seem to be part of the problem. Yet, it is not just a question of people individually being selfish. For the great mass of people there are no other ways to fulfil our basic needs at present.  Recognition of this reality then leads some people who once looked upon individual life-style choices as the solution to now look to the state for action. The counsel us that we can compel the governments of the world’s most polluting states to implement mitigating measures. But these reformist Green activists end up tailoring their demands to what they think can be achieved without too great a disturbance to the present system. So they lobby for countries to sign up to various ‘practical’ agreements such as carbon taxes on the grounds that ‘at least it is a start’. But let’s be honest, corporations that are expert at cheating taxes by use of tax havens, will easily find ways to fiddle their emissions by carbon trading.

The capitalist system depends for its existence on continued expansion and accumulation, and any serious and effective solution to climate change is going to open enormous fissures within the system. Are we to imagine the ruling class will sacrifice their interests for the rest of us? There have been previous instances of civilisations collapsing due to ecological devastation as did the Maya civilization. Capitalists and states will react to the need to do something about global warming by price and tax measures that will inevitably hit the living standards of the poor.

The only sure protection against climate change is the replacement of a society based on accumulation for profit with one based on production for need. There is but one way to reverse climate change. That is through challenging and ending capitalism as a whole.

Act Today to Save Tomorrow
A World to Win, a Planet to Save