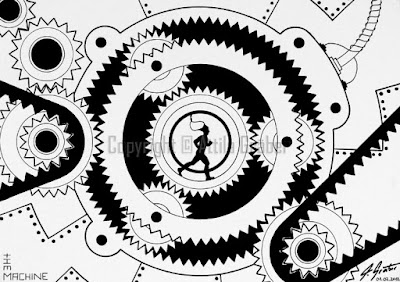 The Left is and always has been a part of capitalism, albeit, in some instances a state-controlled version. Labour in government has sent troops in to break strikes, backed all of the major wars engaged in by the UK this last century (and has initiated a few of them), and has repeatedly attacked working class living standards to ensure the profitability of British industry. The welfare state was a capitalist “success”. It distracted workers with 'cradle to the grave' promises and staved off any social revolution.

There is nothing to suggest that either Corbyn or Smith, despite their radical phrases, would behave any differently in office – all national governments are there to administer their particular section of world capitalism, and as Syriza in Greece found out soon enough, have very little control over the market economy as events unfold. Looking to government is infantile, as governments exist to govern over you in the interests of the dominant economic parasite class in order that you attend to being a dutiful Uncle Tom wage slave ‘Thank you, master’. If you vote for a government over you, you will get governed over. Politicians supply demons. They supply a singular address for evil upon which you can blame everything. Where the economy is a mess, where people’s mortgages are underwater, it is much easier to find one single person or group of people to blame for all their problems than it is to analyse the extremely complex subject of, for instance, mortgage-backed Wall Street securities, which most people can’t understand. So, you blame taxes, or you blame the bankers or you blame individual politicians themselves.

People are like caged hamsters running endlessly on a proverbial spinning wheel. The media go about the business of misinforming, disinforming, and diverting the people from the source of their misery—which is the system itself. In other words, it’s all about controlling the minds of the masses.
“If those in charge of our society—politicians, corporate executives, and owners of press and television—can dominate our ideas, they will be secure in their power...” explained Howard Zinn.
Or as Steve Biko said, “The most potent weapon in the hands of the oppressor is the mind of the oppressed.”

For power to be lodged in the hands of the people does not mean merely that they are to have the widest possible franchise and equal voting power. It implies that the people are to have control of all social institutions, a say in all social activities, the self-management of social life. Such a condition of affairs presupposes at the very outset the common ownership by the people of all the means of life.

Momentum activists will no doubt argue that Corbyn is a decent man with a track record of opposing wars. But this misses the point about how capitalism entraps those who seek to administer it. And while Corbyn may have opposed the senseless butchery of the Iraq War, he is a man (along with John McDonnell) who has sought to apologise repeatedly for the nationalism and terrorism of organisations like the Provisional IRA and Hamas. Men like these who commemorated IRA terrorists and who refused to condemn some of the most anti-working class atrocities in UK history (such as the Birmingham pub bombings and Enniskillen) are men whose peaceful and socialist credentials deserve to be viewed with quite some scepticism. Workers have no country or nations but the world to win for a commonly owned free access socialist society. Nationalism is a curse on the working class and leads them to the slaughter in the interest of the dominant economic class. When the slaughter ends it is back to the same old wage slavery regardless of the nationality of the employer.

What is of importance now is that people who may identify with wanting to create a genuinely socialist society of common ownership, democratic control and free access to wealth, don’t get suckered in by a radical-sounding, ‘populist’ reform movement that has yet to prove its popularity anywhere beyond the already like-minded. The attempt to reform capitalism by so-called benevolent governments has always been a disaster and there’s nothing to suggest it would be any different next time under either Corbyn or Smith.

Real socialists have always been content to leave the Labour Party to the reformists – and the more we think about it, the more they are welcome to it.