The Common Ownership of the Earth 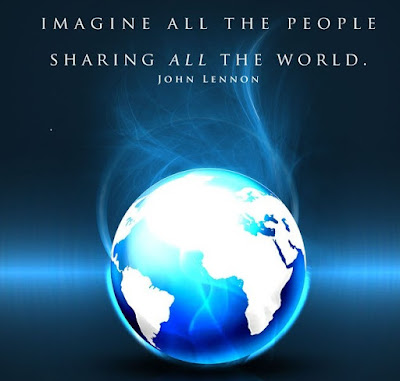 Socialism is yet to exist. Socialism is rarely seen as a viable alternative to capitalism. We say we want a revolution. Our challenge is explaining how. Why don’t people rebel but who do you rebel against? Socialism is as far away or as near as the working class chooses to make it. It’s up to them, not us.

Socialism is not authoritarian. It will be a free society; a society without rulers and ruled, leaders and led, masters and slaves. Socialism is not only on the side of liberty but is equivalent to freedom. Socialism is democratic control. We cannot, of course, predict the exact form that would be taken by this future global democracy. The democratic system will itself be the outcome of future democratic decisions. We can, however, say that it is likely that decisions will need to be taken at a number of different levels—from local to global. This would help to streamline the democratic participation of every individual towards the issues that concern them.

The Socialist Party does not intend to lead fellow-workers towards a free and class-free society because they are a part of the masses themselves and adhere faithfully to the motto of the First International: The emancipation of the workers is an act of the workers themselves. If the masses wait for a revolutionary vanguard to lead them to the classless society or the free society, they will neither be free nor classless. When we say that socialist society will be built by the workers, we mean just that. Socialism cannot be carried out "on behalf” of the people. The socialist revolution will be the action of “the immense majority, acting in the interests of the immense majority.”

One function of the Socialist Party is to expose opposing ideologies to open the door to the construction of the free and classless society. Its case for socialism is to detail what is basically wrong with capitalism. Our prime commitment is to the social revolution.

A socialist party is an instrument which the working class can — and should — use to establish socialism when a majority of them have become convinced socialists. It is a matter of the working class themselves forming their own party to further their interests, not of a group of socialists seeking working-class votes to do something for them. Hence we don’t think in terms of “winning elections”, “coming to power”, “forming a government”, etc. The working class socialist party will of course contest elections and ultimately gain control over the machinery of government, but only for the one revolutionary purpose of establishing socialism by their own democratic political action based on socialist understanding.

When the working class becomes socialist there is no reason to assume that this will be confined to those in one country. Quite the contrary. First, because the conditions and problems which face wage and salary earners everywhere are essentially the same. And so, of course, is the solution. Second, because socialism is the concept of a world society so that, even if it did happen that the socialist movement grew more quickly in one country than in all others, then the socialists in that country would take action to correct this imbalance by helping the movement in other countries. If a group of genuine socialists was, by some freak circumstances, to come to control the government somewhere, then it is true they would have no alternative but to administer capitalism. No doubt they will continue struggling to get what they can out of capitalism until, helped by the activities of the as-yet-only-small socialist parties in the various parts of the world, they realise the need to establish socialism if their problems are to be solved.

The basic socialist principle will be that people give according to their abilities and take according to their needs. There will be no buying or selling, as money will have been abolished and will not be necessary in a world of free access. Socialism will mean our world without any borders or frontiers, social classes or leaders, states or governments, force or coercion. In a socialist society, there will be common ownership of the Earth by its inhabitants and no minority will dictate to us that production must give priority to profit. There will be no owners. The people of the world will share the world. Production will be for use, not for sale. The only questions we will need to ask about production are what do people need and can these needs be met. Science and technology will, at last, be used to their fullest potential and in the service of humanity.
By ajohnstone at September 22, 2016