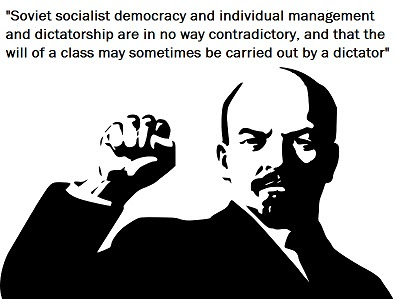 Brian Gardner will give an introductory talk on the “Centenary of the Russian Revolution.”

The centenary of the Russian Revolution has just passed - with more of a whimper than a bang. From 1917 the SPGB has had a unique perspective on the Bolshevik misadventure. So, 100 years on, is there anything of value to be learned from the whole sorry event? Would it all have been different without the challenges of World War then Civil War? Was belated industrial development the problem? Did Lenin advance Marx's materialist view of history? What was the nature of the Soviet system? Did the Soviet Union not inspire workers around the world? The speaker will open on these and other questions for general discussion


The Left sees the Russian Revolution as a model to follow and have appointed themselves as the heirs of the Bolsheviks to lead "the masses". The Russian Revolution as a model? No thank you. It only led to state-capitalism, and most people understandably don't want to go down that path again. When the Socialist Party was told that socialism had been obtained in Russia without the long, hard and tedious work of educating the mass of workers in the ideas and principles of socialism, we not only deny it but referred our critics to Lenin's own confessions.  His statements prove that even though a vigorous and small minority may be able to seize power for a time, they can only hold it by modifying their plans to suit the ignorant majority. The minority in power in an economically backward country are forced to adapt their programme to the undeveloped conditions and make continual concessions to the capitalist world around them.  We have often stated that because of a vast population lacking socialist consciousness, Russia was a long way from accomplishing socialism. We were not proven wrong. 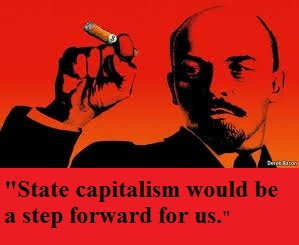