The age we live in is an age of inhumanity 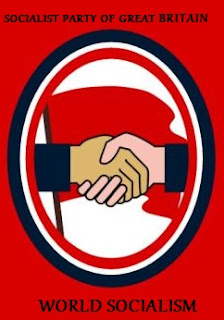 The Socialist Party is not content with piecemeal improvements in the conditions of the working class, but instead advanced the need for a revolutionary transformation of society that would result in a cooperative commonwealth where workers would democratically determine their working conditions. These are not the happiest days for socialism. We know that. We know that many hold gloomy doubts about the very possibility of a socialist future and about the ability of the working class to reorganise society rationally.  Despite old Karl’s hopes and expectations, the proletariat is taking many more years than he thought it would need to organise itself for the successful onslaught against the capitalist scourge. What the Socialist Party claim is that the rule of the capitalist is not eternal, that the power of the capitalist is not invincible. That the working class can overthrow the rule of capital and its servile state.

Capitalism is an economic term. It is applied by political economists and sociologists to the economic system of our civilization, by means of which men achieve economic independence and have the privilege of living idly upon the labour of others, who produce a surplus value above that which they receive for their own sustenance. Capitalism refers to the system. A capitalist is one who profits by the system. If he works himself, it does not alter the fact that he has an income apart from his labour sufficient to sustain him for life without working, and therefore is economically independent. In the capitalist world, the living standards of the workers go steadily down. Real wages fall. Social services are cut. Hours and working conditions worsened. The workers live by the sale of their labour power and their position is unchanged by temporary and insignificant variations in their income. Having money in the bank, winning a few pounds in the betting shop, selling some shares for more than they cost, all help to stretch the pay packet for a few workers but do not lessen their reliance on it. None of this changes how we get our living, our class position under capitalism, where our economic interests lie. It does not. in other words, remove the need to get up in the morning and go to work, to submit ourselves to the exploitation process. Poverty and all it means — stress, hunger, slums, a sub-standard existence — breeds frustration, and relief is often seen in terms of "get-rich-quick". The worker on the factory production line dreams of winning the pools; the criminal of the big, once-for-all, haul.

With socialism, private ownership of the means of production and distribution will end, money would then lose the functions which it possessed under capitalism and would be abolished. Unless we overthrow capitalism there is no future. Only socialism can bring the solution. Only Socialism can cut through the bonds of capitalist property rights and organise production to meet human needs. Once capitalism is overthrown, then and only then can production be organised in common for all, and every increase in production bring increasing abundance and leisure for all. This is the aim of the Socialist Party. This is the purpose of the working-class revolution. Only the organised and politically-conscious working-class can fight and destroy the power of the capitalist class, can drive the capitalists from possession, can organise social production.

The Conservatives have shown once again that they stand for the dominance of the privileged few, the small number of people who effectively own and control this country. It may seem tempting to vote for some other party just to get them out — until you consider the alternatives.

The main alternative is the Labour Party. Many people still see them as the party of the working people, a party out for a fairer society which will tackle the problems mentioned above. A brief look at what the Labour Party does when it is in power shows that they are no different to the Tories. Whether the politicians seeking your votes are really committed to changing things for the better, or whether they are just power-hungry careerists is really irrelevant. Once they get into power they have to administer the system in the only way it can be run — against the interests of the vast majority, the working-class. Capitalism is a system of society where the means of life are owned by a small minority, and the majority of people have to work for them in return for a wage or a salary. This basic class division means that workers have only a limited access to society's wealth, that their needs must constantly be denied in the interests of profit. Attempts to work within the system to make things fairer, to reform away the problems people have, ignore this harsh reality. A society based on the exploitation of the majority can never work in the interests of that majority, no matter how caring or well-meaning the reformers might be. Unemployment, poverty, bad housing and all these other problems are inevitable in this system.
The fact that the main parties work within these limitations results in the narrow, limited political debate that currently prevails. So we are confronted with arguments about the level of unemployment, but not why — in a world of potential abundance — people are poor as a result of class division; and arguments about how best to defend a country, not why workers should be prepared to lay down their lives defending their masters' interests.

The only real alternative is the socialist alternative, a world of common ownership and democratic control, where everything on and in the earth is used solely to satisfy human needs, where people take control of their own lives. Arguments about 'doing something now', about choosing the lesser of the evils on offer, serve only to delay the achievement of socialism, to prolong the life of this miserable society. To achieve socialism, workers must understand and desire it. and reject the insulting nonsense put out by these other parties. We must decide to work and vote for something really worth having, and not get lost in the muddy waters of capitalist politics, sifting through the shit for something worth voting for. At the next election, you will, as always, be faced with two alternatives: voting for Capitalism or Socialism. Make your choice!

The members of the Socialist Party know the futility of processions, demonstrations, and other such means the workers employ. They also know that the political power which the working class give the master class by their votes, enables the latter to confront the former with armed force, and until the control of that armed force is wrested from the capitalists the unemployed and the working class as a whole might as well try punching a brick wall. The only way in which the emancipation of the working class can be achieved is by studying the Socialist position, organising class-consciously inside the Socialist Party with the object of overthrowing the capitalist system. There is NO other way, and it cannot too often be re-iterated. Only by one method can you eliminate this tragic waste. That method is by realising your position as wage-slaves and emancipating yourselves therefrom. Socialism will teach you how to do this.


There is no automatic socialist future, no guaranteed progress and no final crisis of capitalism leading by itself to utopia. The choice between socialism and barbarism is still open, and its outcome depends on each one of us. Without the working-class struggle, no socialism: this is truer than ever before. What is not true is that anti-capitalist struggle automatically equals socialist struggle. Awaken before it is too late! The only path forward is the path of struggle against capitalism, the path that leads to the social revolution, to socialism. The future is in our hands. We shall overthrow capitalism. Forward to the Social Revolution! There is no time to lose. Socialism will win the world and change the world. 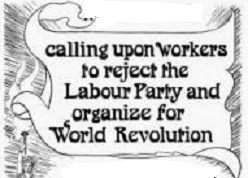