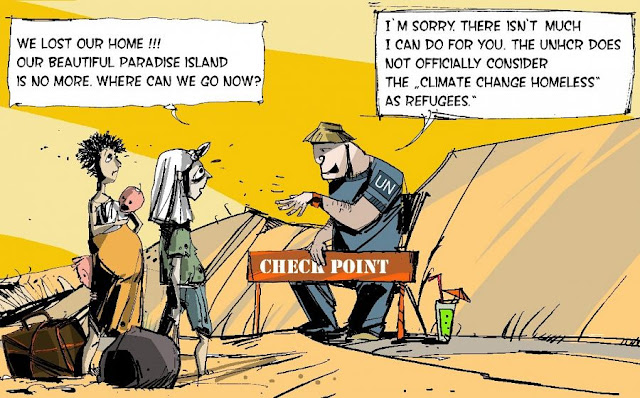 The thousands of climate protesters who came to Glasgow got what they most probably expected, another summit that has failed to deliver any real solutions that will limit global warming to 1.5C.

Having emptied their Treasuries to tackle the Covid19 pandemic, many governments made clear their coffers possesses too little to provide sufficient finance for the much more serious climate emergency. Nation-states have procrastinated instead of acting and postponed effective policies yet again.

"The haggling over the drafts of the conference agreement only underscores how far political leaders are from introducing meaningful plans to address this planetary crisis," Mitch Jones, policy director at Food & Water Watch, said in a statement. "Governments that cannot directly and forcefully confront the fossil fuel industry are doing nothing but advertising their failure. Even a call to stop government fossil fuel subsidies—a modest but necessary first step—had to be weakened in order to coddle corporate polluters."

Despite his soothing honeyed reassuring words, Biden, the U.S.A. is expected to expand oil and gas production more than any other country between now and 2030. That includes a planned fracking boom in the Permian Basin that would unleash nearly 40 billion tons of carbon dioxide by mid-century. There are 23 other fossil fuel projects—among them the Line 3, Dakota Access, and Mountain Valley pipelines and several liquified gas export terminals. The United States was described by Collin Rees, U.S. program manager at Oil Change International, as "the poster child for climate hypocrisy."

Rees continued, "The world's largest historical emitter is claiming the mantle of climate leadership while pouring fuel on the fire of the climate crisis. Joe Biden's words will ring hollow until he cancels deadly fossil fuel expansion projects like the Dakota Access Pipeline or the dozens of proposed oil and gas export terminals awaiting approval from his administration." He added that "the U.S. remains a massive driver of oil and gas expansion, and that won't change until our leaders commit to a managed phase-out of fossil fuel extraction that truly protects communities, workers, and the climate."

Having had two weeks of promises and pledges in Glasgow, five nations will persist with plans to expand fossil fuel production, exposing the hypocrisy of their commitments decarbonisation commitments.  The United States, the United Kingdom, Australia, Canada, and Norway contrary to their emission reduction have future energy plans to approve and subsidise new fossil fuel projects that will be in operation for decades to come climate scientists' repeated warnings about the need to keep coal, oil, and gas underground and the financial wizards predicting stranded assets. A report, titled The Fossil Fuelled 5, reveals several of the world's wealthiest nations "are doubling down on fossil fuel production."

· The United States has pledged to halve emissions by 2030 yet has simultaneously provided $20 billion in annual support to the fossil fuel industry;

· Despite hosting COP26, the United Kingdom is expected to greenlight the Cambo oil field, which contains approximately 255 million barrels of oil;

· Despite its recent commitment to net-zero by 2050, Australia has over 100 fossil fuel projects currently in the approval pipeline;

· Canada is looking to increase their price on carbon but also provided approximately $17 billion in public finance to three fossil fuel pipelines between 2018 and 2020; and

· Norway has raised its ambition to decrease emissions but has already granted 60+ new licenses for fossil fuel production and access to 84 new exploration zones in 2021 alone.

Freddie Daley, a research associate at the University of Sussex, who helped assemble the report, said in a statement, "There's an alarming gap between what wealthy nations are saying and what they are doing. They seem to be quite content to make pledges and promises with one hand while expanding and subsidizing fossil fuel production to the tune of billions on the other."