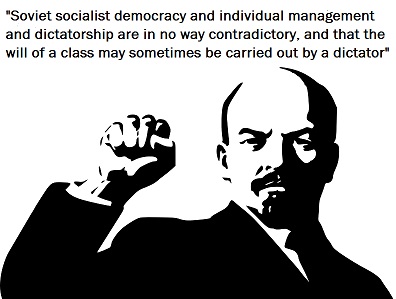 Environmentalists rightly show how many of our current production methods are unsustainable in that they damage the environment for the present and future generations. For example, they advocate a range of farm practices designed to reduce the need for high inputs of chemical fertilisers and pesticides. Integrated plant nutrition with a combination of organic and mineral sources of soil nutrients with tillage and crop rotation can increase crop production; and integrated pest management reduces the need for chemical pesticides by making use of biological controls to minimise disease and damage by pests. However, such methods could only be used to their full advantage when we eliminate the market forces that drives short-term, low-cost methods. This short-termism has prevented progress on a whole range of environmental issues.

We expect a majority of the workers of the world to become socialists, but not simply by clicking on to our website and visiting our social media outlets. Contrary to rumour, the Socialist Party does do not insist that the workers be convinced one by one by members of the party. We anticipate actual experience of living under capitalism, as well as obviously encountering the arguments of a growing number of already convinced socialists, to do the job.  We hold a stubborn insistence that socialism will be made by a socialist majority. The Socialist Party believe that the job of a socialist party is solely to make more socialists (and of course to get elected to all the representative bodies of the world and abolish capitalism when they convince a couple of billion people that it's a good idea.) It has no objection to workers, and socialists, getting involved in fights for partial demands but doesn't believe the party should do that. The party doesn't support anything (other than world socialism) because that might lead people to support the party for the wrong reasons.

The Socialist Party and its companion parties have as their objective the replacement of  capitalism with a global society of common ownership, voluntary work and free access, which is socialism. This society can be achieved if and only if a majority of the workers of the world understand and want it, in other words if most of the world working people are convinced socialists. This socialist majority will  elect socialist delegates to whatever democratic institutions exist, with the sole objective of legally abolishing capitalism. The Socialist Party considers that the Parliamentary process of the  democratic mandate would smooth the transition. We are also aware that the socialist majority might have to use force to impose its will under certain conditions and circumstances, but consider this unlikely.

Hence the sole purpose of the party is to (a) argue for socialism, and (b) put up candidates to measure how many socialist voters there are.

The Socialist Party is also unique among political parties in calling on people not to vote for them unless they agree with what they stand for. We  don't see it as the party's task to 'lead’ the workers in struggle' or to instruct its members on what to do in trade unions, because they believe that socialists and class-conscious workers are quite capable of making decisions for themselves.

Capitalism (or property/class based societies in general) necessitates a state. Hence to bring about a stateless society which is what is meant by anarchism you need to get rid of capitalism. And that logically entails getting rid of the need for money and the market as well, very much echoing Engels to Cuno in 1872:

“And since the state is the chief evil [for Bakunin], the state above all must be abolished; then capital will go to hell of itself. We, on the contrary, say: Abolish capital, the appropriation of all the means of production by the few, and the state will fall of itself. The difference is an essential one: the abolition of the state is nonsense without a social revolution beforehand; the abolition of capital is the social revolution and involves a change in the whole mode of production.”

The difference between socialists and anarchists is not over the aim of abolishing the State but over how to do this. Anarchists say that the first objective of the workers' revolution against capitalism should be to abolish the State. The Socialist Party says that, to abolish the State, the socialist working class majority must first win control of it and, if necessary, retain it (in a suitably very modified form) but for a very short while just in case any pro-capitalist recalcitrant minority should try to resist the establishment of socialism. Once socialism, as the common ownership and democratic control of the means of production by the whole people, has been established (which we have always claimed can be done almost immediately), the State is dismantled, dissolved completely We are not talking years or decades or generations here, but as a continuation of the immediate revolutionary phase of the over throw of capitalism.

We should be more demanding on labels we ascribe to people. The very words "socialism" and "communism" are connected with the idea that the means of production should be owned by society as a whole (or socially, hence "socialism") or by the whole community (or communally, hence "communism"). And it is far better that people who are opposed to it are not called "socialists" or “communists". Marx used the words 'socialism' and 'communism' in reference to a future society interchangeably. He did not use the word 'socialism' to mean 'the lower stage of communism' as distinct from the higher which Lenin did in his usage. Lenin's definition of 'socialism' or the 'lower stage of communism' differed from that of Marx in that it included wage labour ('All citizens are transformed into hired employees of the state ... and get equal pay') and commodity production, thus equating the transition period with the first stage of communism.