Our Debate with James Maxton,

On Wednesday, May 23rd, 1928, a well-attended debate was held between J. Maxton, M.P., representing the I.L.P., and J. Fitzgerald, representing the S.P.G.B. Mr. Chapman Cohen, Editor of Freethinker, took the chair. The subject was “Which Party Should the Working Class Support, the I.L.P. or the SPGB?” 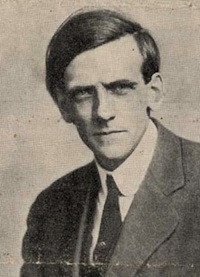 Mr. Maxton replies.
He could this time say that he faced points of difference, but he would repeat that he looked to the future, not the past. The statements quoted did not controvert the statement that the I.L.P. stood definitely against the War. He would challenge anyone to question his attitude or statements during the War. He was prepared to defend his own position. It must be common knowledge that Ramsay MacDonald is just as critical of the I.L.P. as Fitzgerald is, and the points he criticises are just the same. The I.L.P. wants Socialism, but what the workers want is a living wage. The fact that capitalism cannot provide this is the biggest propaganda point against capitalism.
The Gulf Between Rich and Poor.
In speaking of the narrowing of the gulf between rich and poor, he said, “narrowing to vanishing point “ – this was not reported in the New Leader. He denied that the Liberal Report asked for the abolition of the status implied by the terms master and servant. In Socialism, as the I.L.P. understood it, there would be no exploitation. He admitted that the word capital was carelessly used in the declaration of the objects of the I.L.P., but the workers are not interested in the splitting of hairs. He, Mr. Maxton, had himself carelessly talked of the public ownership of capital when he should have said the public ownership of the means of wealth production. But it is of no importance in the real work of Socialist education.
Practical Work.
The I.L.P. devotes its time to the practical work of building up an effective machine for the establishment of Socialism. The S.P.G.B., in laying down its general principles, was only saying something which would be agreed with by every member of the Parliamentary Labour Party from MacDonald downwards. The difference only begins when it is a question of practical work. The S.P.G.B. refuses to face up to its responsibilities. Socialism is a question of human will and human organisation. Socialism can be attained by violence or by the “inevitability of gradualness.” All depends on human will and human intelligence. It depends not on any god or other power outside ourselves.
Fitzgerald concludes.
He was not responsible for incorrect passages of Mr. Maxton’s speech quoted in the New Leader. The S.P.G.B. expelled those of its members who supported the War. The I.L.P. did not deal with its leading members who supported the War. When the I.L.P. misuses the word “capital” it misleads the working class. Of the 154 Labour M.P.s, 106 are members of the I.L.P., and the I.L.P. cannot therefore condemn the Labour Party without at the same time condemning itself. Under Socialism there is no question of remuneration. Money is a feature of private property systems. With Socialism it will not be needed. Where there is plenty for all there is no question of remuneration, equal or otherwise.
The final point was that any Party which urges the workers to place power in the hands of the master class is betraying the interests of the workers.
Mr. Maxton winds up.
Mr. Maxton gave a blank denial to the charge that the I.L.P. has supported, or is supporting, the enemies of the working class. Never has the Party supported other than Labour and Socialist candidates. He gave that on his personal word of honour. He had heard that there had been friendly understandings between Labour and Liberal candidates, but he had also heard the denial of these statements.
But again he would urge that stirring up garbage was no work for Socialists. Since 1911, when he commenced his active work, there had never been any bargaining.
He agreed that the I.L.P. had not expelled dissentient minorities except in one or two very extreme cases. But there must be immense toleration if we are to succeed in organising the working class. There must be give and take. In view of the time it takes to make a Socialist, we must not fling a man out for his first mistake. It was the choice between being a narrow sect and being an effective organisation. When Mr. Maxton made mistakes he wanted to be treated tolerantly and he would give others the same toleration. Expulsion must be used only in the most extreme cases. The greatest problem is not to get a few men with a narrow view of Socialism, but to get millions with a great determination and as much knowledge as can be given in the time available. He believed that the time is short before the majority make up their minds to have Socialism. The work rendered by the I.L.P. in the past has been a good and valuable contribution to the building up of the Socialist movement. The I.L.P. will play an important part in achieving Socialism, a work not for the I.L.P. or the S.P.G.B., but for the workers of the world.
By ajohnstone at August 08, 2022