What we want is socialism 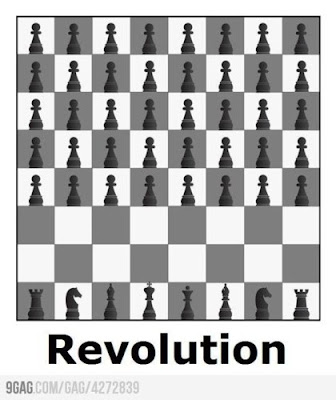 It is in the interest of all workers whatever their colour, nationality, or sex to recognise the root of their problems lies in capitalism itself. The problems cannot be cured without their abolition. All workers must unite to bring to an end a system that sentences them to a lifetime of poverty, insecurity, conflict and hardship. Then, worldwide, all will work together, co-operating in producing everything that the human race requires to satisfy its needs.

Good intentions on the part of the working class are of no value without an understanding of how capitalism produces their problems and why only socialism can solve them. That is why the Socialist Party of Great Britain must stand apart. We cannot demonstrate in solidarity with the Labour Party, the left-wing and all the other protest groups who mouth hollow promises of social reform.

Our message to the working class is that those who do not own the means of production are nothing but the slaves of those who do. The forces of production long ago reached the point where they could produce the abundance necessary for the change from private ownership into social ownership. The interdependence of society has outgrown local and national bounds and is worldwide. The working class of the world must organise politically to dispossess the capitalist class of the means of production and distribution and establish common ownership.

The problems of society lie in its structure. While ownership of the means of life remains in the hands of one class it means the consequent enslavement of the non-owning class. There is a continual conflict of interests between those who produce wealth and those who possess that wealth. The solution to that conflict can only come by converting the means of production and distribution to the common ownership and democratic control of the whole of society. The understanding required to abolish capitalism and institute socialism is within the capability of all workers; and the working class who run society from the top to bottom for the capitalist class now, are more than capable of running socialism for themselves. The quickest way is the only way to socialism, and that is by a majority of the working class understanding and wanting that change in society, organising politically for the capture of the powers of government, and using that instrument for its own emancipation.
Turn your backs on despair and disillusionment. In 1904 a group of working men and women were convinced that only by dispossessing the capitalist class of the means of production and distribution and bringing them into the democratic control and common ownership of the whole community could a fundamental change in society be made. Rejecting any concept of leadership they saw that it required working class majority understanding and democratic decision before socialism could be achieved. They formed the Socialist Party.  From the beginning, the Socialist Party repudiated any programme of immediate demands, on the grounds that such programmes do not serve as a means of organising for socialism but thrust the socialist objective into the background, and attract non-socialist elements. While it is true that workers have to struggle over wages and conditions this must be confined to the industrial, trade union field, separate from the political. Some reforms may be of sectional or temporary benefit but this in no way equals the effort required to achieve them. The capitalist class often offer concessions both to improve the productive capacity of workers and to quiet social unrest. But a growing socialist movement will bring more concessions to the working class than any amount of pleading or agitation for reform. Workers who are concerned about capitalism’s problems should not waste their time and energy demonstrating against cuts and working for reforms, but instead organise consciously and politically for the overthrow of capitalism

The Socialist Party sends greetings to our fellow working men and women of all nations and urges them to join the World Socialist Movement in order to free society from the tyranny of class rule. Our common task is the establishment of socialism.  Sweep capitalism from the face of the planet.