The Gun-Runners in Glasgow 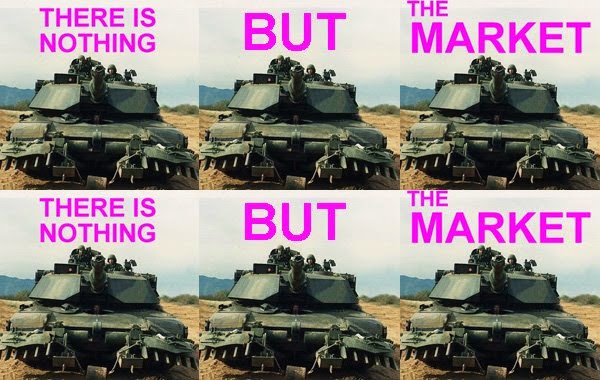 At the close of 2014, the fund had shares amounting to £19.6 million in Lockheed Martin and Boeing – two of the biggest arms manufacturers on the planet. Lockheed Martin, one of the Strathclyde Pension Fund's leading benefactors, produces military aircraft, armored ground vehicles, missiles, unmanned systems for air and naval systems. It exports arms to states across the globe, including Israel and Bahrain. Boeing is the world’s leading aerospace firm, and the largest producer of military aircraft and commercial jetliners in the world. Its aircraft have been deployed in military campaigns in war-torn states such as Israel and the Palestinian Territories, Iraq, Afghanistan and Libya.

Honeywell manufactures technology used in combat aircraft, tanks and the Reaper drone, deployed by the CIA and various states to conduct strikes worldwide. According to UK think tank Drone Wars, the US is the most prolific user of this unmanned aerial vehicle, and has used it to target and kill numerous people in Pakistan and Yemen.

Raytheon makes the Reaper drone’s targeting system. The firm has also been linked to manufacturing components for bombs deployed in the 2014 Gaza conflict. Margaret Curran MP, shadow secretary of state for Scotland, was seated at Raytheon's table in February at a glitzy arms banquet in Westminster, according to UK charity Campaign Against Arms Trade (CAAT).

United Technologies produces aircraft, drones and helicopters, including the Eurofighter Typhoon, Lockheed Martin’s F-35 and the Northrop Grumman Global Hawk. In 2012, it pleaded guilty to the “illegal export to China of US-origin military software used in the development of China's first modern military attack helicopter,”CATT says.

Glasgow City Council’s pension scheme is one of the world’s largest, boasting total assets in excess of £13.9 billion. It pays 70,000 Scottish pensioners, and has an additional 130,000 people either waiting to retire from local councils or contributing to the fund. The extent of Glasgow City Council’s investment in this lucrative but deadly trade sparked outrage. The global arms trade devastates lives, tramples on human rights, and jeopardizes security across the world. Anti-arms campaigners say the export and sale of arms entrenches a militaristic rather than diplomatic approach to international concerns.

Andrew Smith of British charity Campaign Against the Arms Trade (CAAT) decried Glasgow City Council’s investment choices. “Glasgow City Council is meant to be committed to public welfare and the public good, and should not be investing in companies that directly profit from war and conflict around the world,” he told the Scottish Herald. “The arms trade is a deadly and illegitimate industry and people across Glasgow will be shocked to find that the council is using their money to boost companies that arm dictators and human rights abusers.”

Alex Salmond has set out his vision for an independent Scottish defence force, saying it would consist of the same number of army, RAF and navy personnel as under plans being drawn up by UK ministers. The First Minister said the coalition government’s defence review plan of one naval base, one air base and one mobile armed brigade was “exactly the configuration” required for Scotland. The defence review set out by the coalition government last year proposed about 6,500 troops being stationed in Scotland, with a further 6,500 employed at the Trident submarine base in Faslane and 2,400 personnel at RAF Kinloss. The three Scottish regiments – the Scots Guards, the Royal Regiment of Scotland, and the Royal Scots Dragoon Guards – would make up the core of any Scottish army, the SNP added.

Such a set-up would total about 15,400 troops, an armed force of an equivalent size to that of Kuwait.

One consequence of the SNP being responsible for running capitalism is keeping its armed forces up to standard! Under capitalism resources are squandered on armaments. Even in so-called “peace-time” the preparation for war causes a massive waste of labour, materials and technology.

Capitalism means war and that therefore to get rid of wars and the threat of wars – and the constant preparation for war represented by maintaining armed forces – you have got to get rid of capitalism. Capitalism continues to be a war-prone society has been proved yet again. So has the urgent need for world socialism so that wars, the threat of war and preparation for war can become things of the past. It's the only way to lasting world peace.
By ajohnstone at January 20, 2012 No comments:

The United States has spent roughly $1 trillion on new weapons since the 9/11 attack.

Instead of spending on the military and weaponry it could be spent on basic education for the 2.2 billion children in the world, a mere $6 billion, water and satitation for the whole world's population , at a trifling $9 billion, or basic health and nutrition for all at $13 billion or the world's women's reproductive health at $12 billion

Socialists have always argued that the immense resources of the military will be transformed with the establishment of socialism. The Royal Engineers with all their training and kit could become a mobile disaster task-force, for instance.

An Edinburgh city councillor and MSP wants army properties due to be sold off under the UK Government`s defence review turned into social housing. Craigiehall HQ in Edinburgh, plus Redford and Dreghorn barrack could be converted to offer good-quality housing in Edinburgh and help meet the housing shortage in this city. 16,000 homes will be needed over the next 10 years to bridge the housing shortfall .

Readers of the blog are welcome to provide their own suggestions on how the personnel and equipment of the armed forces be turned into something of a social value.
By ajohnstone at July 24, 2011 No comments:

BAE Systems will pay Lord Woolf, the former Chief Justice, up to £468,000 over the next nine months to chair an inquiry into the defence company's business ethics . Lord Woolf said he would be paid £6,000 a day for his work on the inquiry, which is likely to consume two days a week for the next six to nine months.

Well , the Socialist Courier will save BAE time and money .

Ethically , the arms industry are no better than glorified gun-running murderers . A corrupt , immoral business and a bane on civilisation , that is out to get a quick and extremely lucrative profit from war and the fear of war .

Lord Woolf's role is to place a cloak of respectabilty around a killing industry . 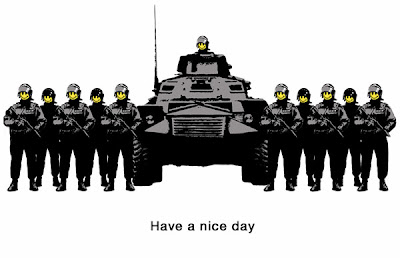 The Guardian carries an interesting article from Mark Curtis that should be brought home to everybody .

That when it comes to the ethical foreign policy once espoused by the Labour Party and the British Government , it was the drive for profits from the armaments industry that the real priority has been at . £45 billion worth of arms were sold by Britain in the past 10 years, making us the world's second-largest arms exporter.

In the past three years, arms have been exported to 19 of the 20 countries identified in the Foreign Office's annual human rights report as "countries of concern".

The Colombian military and its paramilitary allies have killed thousands of people in the country's civil war. Yet last year Britain exported armoured all-wheel-drive vehicles, military communications equipment and heavy machine guns, alongside a military aid programme. Indonesia has received more than £400million worth of military equipment since 1997, while using British military equipment for internal repression on a dozen known occasions.

Britain has exported more than £110million worth of military equipment to Israel during its occupation of Palestinian territories and war with Lebanon. Exports doubled in 2001, as Israeli offensive military operations were stepped up on the West Bank.

Despite an EU arms embargo, Britain has managed to export £500million worth of military and dual-use equipment - nominally "non-lethal" items to China . These include components for tanks, components for combat aircraft, and military communications equipment.

And what about all the rest of the weapons produced and sold ?

Over the past four years, 199 export licences have been approved to the British Virgin Islands, the Cayman Islands and the Channel Islands - territories without armies. The equipment includes small arms and ammunition, anti-riot shields, CS hand grenades, crowd-control ammunition and even nuclear, biological, chemical filters and respirators (for the Cayman Islands). It is anybody's guess where this equipment is destined. And this could be just the tip of the iceberg. Government statistics show the destination of only a quarter of all arms exports - the public are not told where the rest goes.

Academic research shows that governement subsidies for arms sales is between £0.5 - £1.0 billions annually .

Hand in hand with one another , at least 19 senior MoD officials have taken jobs with arms companies since 1997, while 38 out of 79 personnel secondees to the MoD between 1997 and 2003 came from arms companies .
Yup - war is big business and whether Blair or Brown , Tory or Labour , tools for death and destruction will come before the needs and requirements of the people .
By ajohnstone at May 22, 2007 No comments: