Marx and Engels on the power of the vote

It's often pointed out that our political system is completely corrupted by money yet history teaches that people's influence on their governments is much more powerful than we usually imagine. It's weakened primarily by people's failure to do anything and the mistaken belief that we don't have the power to shape the world as we wish it to be.


Marx and Engels strongly supported political action in the sense of participating in elections. They stressed the importance of the vote. Engels explains that universal suffrage "in an England two-thirds of whose inhabitants are industrial proletarians means the exclusive political rule of the working class with all the revolutionary changes in social conditions which are inseparable from it." Marx argued along the same lines, for example, in 1855, he stated that "universal suffrage . . . implies the assumption of political power as means of satisfying [the workers'] social means" and, in Britain, "revolution is the direct content of universal suffrage."

In 1852 Marx wrote, concerning the Chartists:

“But universal suffrage is the equivalent of political power for the working class of England, where the proletariat forms the large majority of the population, where, in a long though underground civil war, it has gained a clear consciousness of its position as a class and where even the rural districts know no longer any peasants, but only landlords, industrial capitalists (farmers) and hired labourers. The carrying of universal suffrage in England would, therefore be a far more socialistic measure than anything which has been honoured with that name on the continent. Its inevitable result, here is the political supremacy of the working class.” [Marx emphasis]
His meaning is clear - a working class majority in Parliament, backed by a majority of the population, can bring about the real transfer of power.


The capitalist system fails to supply the needs of the vast majority of people and it must be overthrown before the workers can have freedom. The ruling class is never going to solve its problems through the capitalist system, therefore, the objective conditions for revolution are going to crop up over and over again. But there is considerable difference of opinions as to the means by which this can be accomplished. Some advocate the ballot, or parliamentary action; some armed insurrection, or military action; and some the general strike, or industrial action.

Armed insurrection to have any reasonable chance of success the workers would need to have as large and well equipped an army as the capitalists. Yet the working class are unarmed and most unskilled in the use of weapons. They have no military organisation. They have no means of securing arms. An untrained, undisciplined and badly equipped army of workers going forth to overthrow the system might as well be committing suicide. As long as the means necessary to equip, supply, and transport armies remains in control of the capitalists, it is impossible for the workers to gain military power. The revolutionary army would be slaughtered like sheep. The best tactics on the part of the workers is to avoid armed insurrection unless it is actually forced upon them andworkers should beware of those who urge them to armed insurrection. 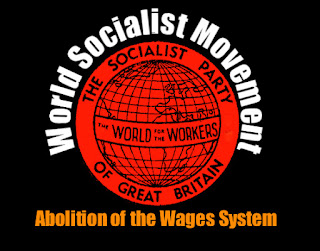 We should not over-emphasise the counting of noses at election time but it does serve as a barometer of the maturity of the working class. All the votes of the people would do the Socialist Party no good if we ceased to be a revolutionary party by modifying our principles for the sake of capturing a higher vote. Some Left parties have sought to make their propaganda so attractive that it serves as a bait for votes rather than as a means of education. The SPGB rejects such an electoral strategy judging the votes thus secured do not properly belong to us and does an injustice to our party as well as to those who cast them. These votes do not express a wish for socialism and in the next election they can equally be cast for another party. The Socialist Party has no interest in swinging these type of votes to its favour. It is better that these sort of votes are not cast for the Socialist Party, for they will only misrepresent the degree of progress the party and indicate a political position the party is unable to sustain by obtaining what is a fictitious vote. We seek only the actual vote for socialism, no more and no less. Of course, we want the support of the workers, but only of those who desire socialism and are ready to vote and work with us for the overthrow of capitalism. We make it clear that the Socialist Party wants the votes only of those who want socialism, and that, above all, it discourages vote-seeking for the sake of votes and holds in contempt office-seeking for the sake of office.

In our propaganda we state our principles clearly to convince and win workers to our cause through an intelligent understanding of our object. We make no coalition with those who we disagree. No possible good can come from any kind of a political alliance.

Voting for socialism is not socialism any more than a menu is a meal. Socialists must be organised to achieve it. With the workers bound together by the common tie of their enlightened self-interest, they will express their solidarity in political terms and cast a united vote for the party of their class. The Socialist Party scorns any compromise and wants no votes that can be bought nor any support gained by false pretense. What other parties can say the same? The Socialist Party stands upon its principles and relies wholly upon combination of the forces of social progress and the eduction of the working class.

The Socialist Party is to the working class politically what the trade-unions is to them industrially; the former is the party of class, while the latter is the union of their occupation. The difference between them is that while the trades-union is confined to his or her occupation, the Socialist Party embraces the entire working class, and while the union is limited to bettering conditions under the wage system, the party is organized to conquer the political power to wipe out the wages system and make the workers the masters of the Earth.

Leaders and intellectuals offer themselves up as the wise men and shepherds to lead us out of the wilderness into the land of milk and honey. They would have us believe that if we had no “intellectuals” to lead, we would have no movement. They would have the workers’ party controlled by party-bosses as the other capitalist political parties are controlled. The working class are no unthinking flock of sheep.

When we vote together on election day and act together on the industrial field we shall conquer state power and take possession of all the means of production and distribution then we will have an industrial democracy of and by and for the people. By voting into power the enemies of the labour movement many of the working class are responsible for the crimes perpetrated upon their fellow workers and sooner or later they will have to suffer the consequences of their miserable act.

When Scotland goes to the polls next week in the 2012 local council elections, voters may be confused about whether they are deciding on local or national issues. In some cases the electorate is being asked to vote on manifesto promises that can’t in fact be delivered locally declares the Public Finance web-site. Each of the political party manifestos for the local elections contain a mix of local pledges (not unexpected in local elections) but also pledges that can, in fact, only be made by a national government.  The most extreme example of this is a pledge to cut VAT – clearly a reserved matter with no powers in Scotland at any government level to do so.

What is important to recognise is that those so-called “local” issues that are high on the agenda of many in the local elections (such as the NHS, local housing and transport) are pressing issues everywhere else. But these are not really local issues after all. Its just that many people (and all of our opponents) think the solution is usually a local one, so there is no point looking elsewhere for the answer. In fact the problem under-pinning most of the supposed “local” issues is usually much broader.

Its not just specific local problems (like poor quality consultation documents, or ill thought through proposals). The whole issue of provision of essential services such as health care and fire emergency cover is dictated by the level of resources allocated . And whether it is Linlithgow or Largs, the same picture emerges: social services are stretched. Public sector workers are under pressure to work harder, for less money. The capitalist class don’t want to pay any more than they have to; they don’t want public services that will be able to do anything more than the bare minimum. The reason? Ultimately,  these costs come off the profits of UK Capitalism PLC. Let’s be in no doubt, despite the politicians platitudes, the reality is that profit does come before public health and and peoples' general welfare. Somewhere in the local authority, there is an accountant doing a cost-benefit analysis. They are working out how small a public sector department can be maintained, and at what point the cost savings from this are outweighed by the costs of the human suffering, which will surely follow.

In reality, the councils, and at a national level, governments, are in control of the economy the same way a duck bobbing around on the ocean is in control of the tides. You don’t need to be told not to place too much faith in whichever politician gets elected  - history has shown that promises made before the election are quickly discarded when the pressure of trying to run the profit system in the interests of humanity proves too difficult.