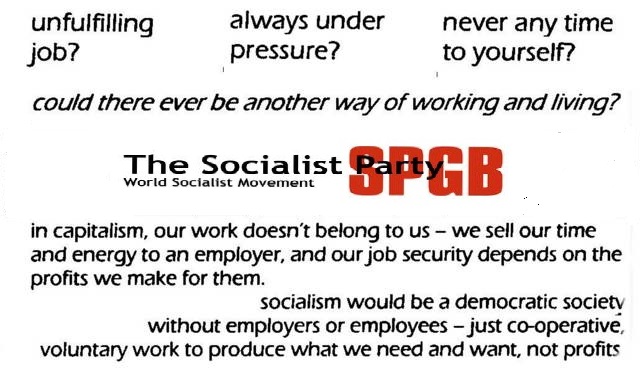 Stock or inventory control systems employing calculation-in-kind are absolutely indispensable to any kind of modern production system. While it is true that today they operate within a price environment that is not the same thing as saying they need such an environment in order to operate. Most students of logistics will be able to explain how unnecessary dollars and cents are for its operation.

The key to good stock management is the stock turnover rate – how rapidly stock is removed from the shelves – and the point at which it may need to be re-ordered. This will also be affected by considerations such as lead times – how long it takes for fresh stock to arrive – and the need to anticipate possible changes in demand. The Just-In-Time systems are another tried and trusted tool of warehousing and supply chains that can be utilised. And even so the existence of buffer stocks provides for a period of re-adjustment. We even have the existence of store "loyalty cards" and consumer research that can be put to more creative and constructive non-commercial usage. Socialism does not necessarily involve the creation of new layers of administrations but simply the transformation of existing structures.

The “law of the minimum” was formulated by an agricultural chemist, Justus von Liebig in the 19th century. Liebig’s Law can be applied equally to the problem of resource allocation in any economy. For any given bundle of factors required to produce a given good, one of these will be the limiting factor. That is to say, the output of this good will be restricted by the availability of the factor in question constituting the limiting factor. All things being equal, it makes sense from an economic point of view to economise most on those things that are scarcest and to make the greatest use of those things that are abundant.

Factors lying in between these two poles can be treated accordingly in relative terms.

Actually to claim that all factors are scarce (because the use of any factor entails an opportunity cost) and, consequently, the need to economise is not a very sensible approach to adopt. The effective economisation of resources requires discrimination and selection; you cannot treat every factor equally – that is, as equally scarce – or, if you do, this will result in gross misallocation of resources and economic inefficiency.

In any economy, there needs to be some way of prioritising production goals. How might these priorities be determined? We can apply Maslow’s “hierarchy of needs” as a guide to action. It would seem reasonable to suppose that needs that were most pressing and upon which the satisfaction of other needs are dependant would take priority over those other needs. We are talking here about our basic physiological needs for food, water, adequate sanitation and housing and so on. This would be reflected in the allocation of resources: high priority end goals would take precedence over low priority end goals where resources common to both are revealed (via the self-regulating system of stock control) to be in short supply.

We can also speculate, that some kind of “points system” might be used with which to evaluate a range of different projects facing such a society. Again those more qualified can explain how cost-benefit analysis is not dependant upon dollar and cents calculations, as (even now) ecological concerns are required to be taken into consideration in planning. In fact, each day we all individually use various methods of adding up pros and cons to determine actions. Naturally, under capitalism, the balance sheet of the relevant benefits and costs advantages and disadvantages of a particular scheme or rival schemes is drawn up in money terms, but in socialism, a points system for attributing relative importance to the various relevant considerations could be used instead. The points attributed to these considerations would be subjective, in the sense that this would depend on a deliberate social decision rather than on some objective standard. In the sense that one of the aims of socialism is precisely to rescue humankind from the capitalist fixation with production time/money, cost-benefit type analyses, as a means of taking into account other factors, could therefore be said to be more appropriate for use in socialism than under capitalism. Using points systems to attribute relative importance in this way would not be to recreate some universal unit of evaluation and calculation, but simply to employ a technique to facilitate decision-making in particular concrete cases. The advantages/disadvantages and even the points attributed to them can, and normally would, differ from case to case. So what we are talking about is not a new abstract universal unit of measurement to replace money and economic value but one technique among others for reaching rational decisions in a society where the criterion of rationality is human welfare.

This would be the self-regulating system of production for need, operating on the basis of the communication of need as definite quantities of things throughout the structure of production. Each production unit would convert the requirements communicated to it into its own material requirements and pass these on to its suppliers. This would be the sequence by which every element of labour required for the production of a final product would be known. This system of self-regulating production for use is achieved through communications. Socialism would make full use of the means of communications that have developed. These include not only transport such as roads, railways, shipping etc. They also include the existing system of communications which provide instant worldwide contact as well as facilities for storing and processing millions of pieces of information. Modern information technology could be used by socialism to integrate any required combination of different parts of its world structure of production. Only a few functions would have to be dealt with at the world level. Most could be carried out (as in practice at present) at a level that can be called regional (in world terms). It is at this level that production of intermediate goods and machines and equipment can be envisaged as being produced, for distribution for use either in other factories or by local communities. Local communities can only be the basis for consumption and for democratic decision-making but not for production. Of course, the actual degree of centralisation and decentralisation will be up to the people around at the time to decide in the light of their traditions, experiences and preferences.

The first and most important point is that we are not starting from the beginning. It is not a blank sheet. We are taking over and inheriting an already existing economic system that has in place various means of determining allocations and trade-offs. There are countless professional and trade associations and marketing boards and government departments which have the research and diagnostic tools available, plus the trade union movements with their skills and knowledge. All those bodies may at present be based on commerce but they can be quite easily democratised, socialised and integrated organisationally. Planning in socialism is essentially a question of industrial organisation, of organising productive units into a productive system functioning smoothly to supply the useful things which people had indicated they needed, both for their individual and for their collective consumption. What socialism would establish would be a rationalised network of planned links between users and suppliers; between final users and their immediate suppliers, between these latter and their suppliers, and so on down the line to those who extract the raw materials from nature. There is no point in drawing up in advance the sort of detailed blueprint of industrial organisation that the Industrial Workers of the World, the various syndicalists or the GDH Cole’s guild socialists used to possess and what Michael Albert of Parecon now depicts, but it is still reasonable to assume that productive activity would be divided into branches and that production in these branches would be organised by a delegate body. The responsibility of these industries would be to ensure the supply of a particular kind of product either, in the case of consumer goods, to distribution centres or, in the case of goods used to produce other goods, to productive units or other industries.