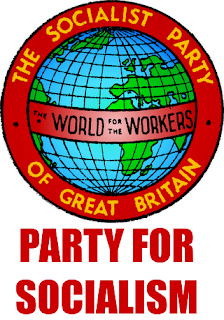 Although we cannot specify in advance a utopian blueprint let's try and describe free access socialism. Suppose that the new social system was to start tomorrow, we are not proposing just the abolition of money. In fact, the abolition of money alone, would solve no problems and undoubtedly create many difficulties. But what we propose is, that the whole system of money and exchange, buying and selling, profit-making and wage-earning be entirely abolished and that instead, the community as a whole should organise and administer the productions of goods for use only, and the free distribution of these goods to all members of the community according to each person’s needs. Simply put, in socialism there would be no barter economy or monetary system. It would be an economy based on need. Therefore, a consumer would have a need, and there would be a communication system set in place that relays that need to the producer. The producer creates the product, and then send the product back to the consumer, and the need would be satisfied. For socialism to be established the productive potential of society must have been developed to the point where, generally speaking, we can produce enough for all. This is not now a problem as we have long since reached this point.

Socialism does presuppose that productive resources (materials, instruments of production, sources of energy) and technological knowledge are sufficient to allow the population of the world to produce enough food, clothing, shelter and other useful things, to satisfy all their material needs. The new social system must be worldwide. It must be a cooperative world commonwealth. The world must be regarded as one country and humanity as one people.

In other words, goods would cease to have an economic value and would become simply physical objects which human beings could use to satisfy some want or other. The disappearance of economic value would mean the end of economic calculation in the sense of calculation in units of value whether measured by money or directly in some unit of labour-time. It would mean that there was no longer any common unit of calculation for making decisions regarding the production of goods. Socialism is a money-free society in which use-values would be produced from other use-values, there would need no have a universal unit of account but could calculate exclusively in kind. The only calculations that would be necessary for socialism would be calculations-in-kind. That is one reason why socialism holds a decisive productive advantage over capitalism by eliminating the need to tie up vast quantities of resources and labour implicated in a system of monetary/pricing accounting. The economic signals of the market are not signals to produce useful things. They signal the prospects of profit and capital accumulation. If there is a profit to be made then production will take place; if there is no prospect of profit, then production will not take place. Profit not need is the deciding factor. Under capitalism what appear to be production decisions are in fact decisions to go for profit in the market. The function of cost/pricing is to enable a business enterprise to calculate its costs, to fix its profit expectations within a structure of prices, to regulate income against expenditure and, ultimately, to regulate the exploitation of its workers.

Unfortunately, prices can only reflect the wants of those who can afford to actually buy what economists call “effective demand” – and not real demand for something from those without the wherewithal – the purchasing power – to buy the product (or even to express a preference for one product over another. I may want a sirloin steak but I can only afford a hamburger). Socialism will make economically-unencumbered production decisions as a direct response to needs. With production for use, the starting point will be allocating needs.