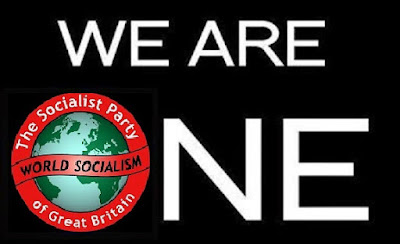 Humans behave differently depending upon the conditions that they live in. Human behaviour reflects society. Under capitalism, there is a very large industry devoted to creating needs. Capitalism requires consumption, whether it improves our lives or not, and drives us to consume up to, and past, our ability to pay for that consumption. In a system of capitalist competition, there is a built-in tendency to stimulate demand to a maximum extent. Firms, for example, need to persuade customers to buy their products or they go out of business. They would not otherwise spend the vast amounts they do spend on advertising.

Also as Marx contended, the prevailing ideas of society are those of its ruling class then we can understand why, when the wealth of that class so preoccupies the minds of its members, such a notion of status should be so deep-rooted. It does not matter how modest one's real needs may be or how easily they may be met; capitalism's "consumer culture" leads one to want more than one may materially need since what the individual desires are to enhance his or her status within this hierarchical culture of consumerism and this is dependent upon acquiring more than others have got. But since others desire the same thing, the economic inequality inherent in a system of competitive capitalism must inevitably generate a pervasive sense of relative deprivation.

What this amounts to is a kind of institutionalised envy and that will be unsustainable as more people are drawn into alienated capitalism. In capitalism, people's needs are not met and reasonable people feel insecure. People tend to acquire and hoard goods because possession provides some security. People have a tendency to distrust others because the world is organised in such a dog-eat-dog manner. In a capitalist society, there is a tendency for individuals to seek to validate their sense of worth through the accumulation of possessions. In socialism, status based upon the material wealth at one's command would be a meaningless concept. Why take more than you need when you can freely take what you need?

It is this which helps to underpin the myth of infinite demand that people want too much? In a socialist society "too much" can only mean "more than is sustainably produced." Perhaps, in innocence, the earliest inhabitants of socialism will indulge in a few feasts of conspicuous over-consumption (who would be surprised at such action after years of poverty and social inferiority?), but such antics will soon end when the physical consequences of such irrationality are felt. If people decide that they (individually and as a society) need to over-consume then socialism cannot possibly work. However, this does require that we appreciate what is meant by "enough" and that we do not project onto socialism the insatiable consumerism of capitalism.

The establishment of socialism presupposes the existence of a mass socialist movement and a profound change in social outlook. It is simply not reasonable to suppose that the desire for socialism on such a large scale, and the conscious understanding of what it entails on the part of all concerned, would not influence the way people behaved in socialism and towards each other. Habits of manners, attitudes and values are absorbed by an individual through the experience of the immediate social environment and society at large. Individuals can, through their own actions, change their attitudes and values, and alter the material conditions of their life. They can do this from the basis of their initial experiences and in response to stimuli present in the general social environment. Through people and their social environment acting and reacting on each other is how social evolution occurs. It is a basic need of the individual, in order to sustain healthy stable existence, to be supported in his life by the acceptance and approval of those with whom he has entered into a relationship. Since goods and services would be provided directly for socially-determined needs and not for sale on a market; they would be made freely available for individuals to take without requiring these individuals to offer something in direct exchange.

People act selfishly or anti-socially only when they can see no other way of getting what they want. If there is another way by cooperation, for instance, there is no reason to suppose that they will not choose it when they see it is better to do so. The sense of mutual obligations and the realisation of universal interdependency arising from this would profoundly colour people’s perceptions and influence their behaviour in such a society. We may characterise such a society as being built around a moral economy and a system of generalised reciprocity.