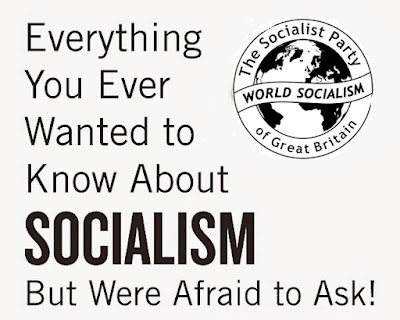 A typical sequence of allocation and information flows in a socialist economy might be as follows. Let's assume a store stocks a certain consumer good – say, shoes and boots. From past experience, it knows that it will need to re-order approximately 1000 pairs from its suppliers at the start of every month or, by the end of the month, supplies will be low. Assume that, for whatever reason, the rate of stock turnover increases sharply to say 2000 pairs per month. This will require either more frequent deliveries or, alternatively, larger deliveries. Possibly the capacity of the distribution point may not be large enough to accommodate the extra quantity of footwear required in which case it will have to opt for more frequent deliveries. It could also add to its storage capacity but this would probably take a bit more time. In any event, this information will be communicated to its suppliers. These suppliers, in turn, may require additional leather, to make the shoes or boots to be processed and this information can similarly be communicated in the form of new orders to suppliers of those items further down the production chain. And so on and so forth. The whole process is, to a large extent, automatic – or self-regulating – being driven by dispersed information signals from producers and consumers concerning the supply and demand for goods and, as such, is far removed from the gross caricature of a centrally-planned economy.

Thus, we can counter many critics claims that a money-free society cannot calculate opportunity costs and allocate rationally:
1) calculation-in-kind.
2) a self-regulating system of stock control - which identifies quantities of stocks available and provides a reliable indication of consumer demand (via the depletion rates of stocks.)
3) the law of the minimum - whereby you economise most on those factors of production that are relatively most scarce.
4) a social hierarchy of production goals - which sorts out the allocation of scarce factors where competing demands are placed upon them.

With this approach, it is possible to ascertain opportunity costs. Assume a particular factor X has 20 units in stock (as revealed via the self-regulating system of stock control mentioned above - feature 2). Assume there are two end-uses for X, end-use A and end-use B. Assume A requires 12 units of X and B requires 10 units of X. Clearly the full requirements for X for both A and B cannot both be met. If we chose to met A's requirements fully then the opportunity cost of this is a slight reduction in the output of B - and vice versa. Deciding which end-use should take priority is a function of feature 4) of a socialist allocative mechanism.

This mechanism will direct producers towards economically efficient outcomes for the economy as a functioning whole since every part of it is connected to every other part via a feedback system. The rapid development of computer technology offers a new kind of response to the pro-market arguments concerning calculation and decision-making. The provision of information will be an essential part of the democratic structure of socialism and the task of designing the systems that can best manage this will be one of the biggest challenges facing socialist society. Information Technology can provide the building blocks for new forms of organisation, facilitating rather than dictating social organisation, once it is used to work in the interests of the whole of society.

In a socialist society, the productive activity would take the form of freely chosen activity undertaken by human beings with a view to producing the things they needed to live and enjoy life. The necessary productive work of society would not be done by a class of hired wage workers but by all members of society, each according to their particular skills and abilities, cooperating to produce the things required to satisfy their needs both as individuals and as communities. Work in a socialist society could only be voluntary since there would be no group or organ in a position to force people to work against their will. As to collective needs (schools, hospitals, theatres, libraries and the like), these could be decided by the groups of individuals concerned, using the various democratic representative bodies which they would create at different levels in socialist society. Thus production in socialism would be the production of free goods to meet self-defined needs, individual and collective. Society requires a rational, long-term attitude towards conserving resources and yet present-day society imposes intolerable conditions on the actual producers (speed-up, pain, stress, boredom, long hours, night work, shiftwork, accidents).

Socialism, because it will calculate directly it kind, will be able to take these other, more important, factors than production time into account. This will naturally lead to different, in many cases quite different, productive methods being adopted than now under capitalism. If the health, comfort and enjoyment of those who actually manipulate the materials, or who supervise the machines which do this, to transform them into useful objects are to be paramount, certain methods are going to be ruled out altogether. The fast-moving production lines associated with the manufacture of cars would be stopped forever; night work would be reduced to the strict minimum; particularly dangerous or unhealthy jobs would be automated (or completely abandoned). Work can, in fact, must become enjoyable. But to the extent that work becomes enjoyable, measurement by minimum average working time would be completely meaningless, since people would not be seeking to minimise or rush such work.