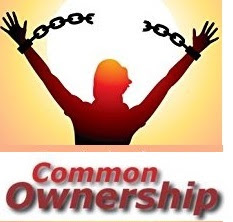 Socialism is not about "setting prices at zero".

It is about doing away with the whole notion of price and exchange value so that the very concept of "setting prices at zero" is a meaningless one as far as communism is concerned. To talk of setting prices at any level presupposes still a capitalist framework If the supermarkets tomorrow said 'All cans of beans are free' the shelves would be cleared in hours. But if they said the same the next day, and the next, it would become pointless to go and fill your arms with cans of beans, and easier to just go and take a reasonable stock to keep close to hand. That is, money (likewise price) is not abolished, but the need for money is rendered redundant. Just because individuals in a free access economy are not restricted by money or labour vouchers from taking what they want does not mean they will want to take everything they can possibly lay their hands on. As for labour vouchers. Similarly just because these same individuals will not be externally compelled to work by the fact that their consumption is explicitly linked to their work contribution does not mean they will not contribute to the work. The point about a communist society proper - or higher communism - is that there is no objective or external economic mechanisms - like money or labour vouchers - mediating between the individual and his or her needs or wants. This includes the desire to work which would become as Marx put it in the Critique of the Gotha Programme, "life´s prime want". A means by which we express ourselves, our individuality. Kautsky has the right take on that, why bother mimicking the pricing mechanism when there is already a perfectly good way of doing that?