Teachers are working an extra 10 weeks a year without pay, according to new research by a major teaching union.A workload survey carried out by the Scottish Secondary Teachers Association has revealed that nearly 54% of teachers work 400 extra hours for their employers each year. The union uncovered that one in 10 teachers works more than 55 hours a week.Two out of every five secondary teachers said they were stressed during the working week.

Collected during December, February and March, the workload survey revealed that more than a quarter of teachers worked between 45 and 50 hours a week, 16% worked between 50 and 55 hours, and 10% regularly worked in excess of 55 hours.

The union also overwhelmingly voted to oppose the establishment of trust schools, which would see schools run by communities at arms-length from local authorities.The SSTA said trust schools are “about saving money, not about improving education”.
By ajohnstone at May 12, 2010 No comments:

A 30-year-old Toyota worker who collapsed at one of its plants had died of overwork.
It emerged that the man had worked 106 hours of overtime in his final month, most of it unpaid.

Unions say that companies generally see working unpaid overtime as a sign of loyalty. Toyota has a reputation for using employees' ideas to improve production methods and efficiency and reduce costs.

And they dare call workers lazy
By ajohnstone at May 22, 2008 No comments:

"..today's figures suggest many people are not even being paid for putting in these extra hours.Workers in Scotland are giving away over £4500 a year in unpaid overtime. That's too much time and money that could be better spent with friends and family..." Grahame Smith, general secretary of the STUC said
By ajohnstone at January 04, 2008 No comments: 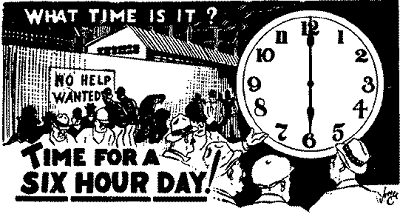 Of course , the lick spittles of capitalism have their own spin on this trend to work longer - according to the government minister for Employment Relations research has shown that seven out of ten long-hours workers would not want a cut in hours if it meant a cut in pay and that in the UK, people have the choice to refuse to work long hours if they don't want to and the flexibility to work longer hours and earn overtime if they wish . This is rather similar to the fox-hunting fraternity's pronouncement that “The fox enjoys the hunt.”
See "All This Hard Graft No Longer Makes Sense"
By ajohnstone at November 28, 2007 No comments: 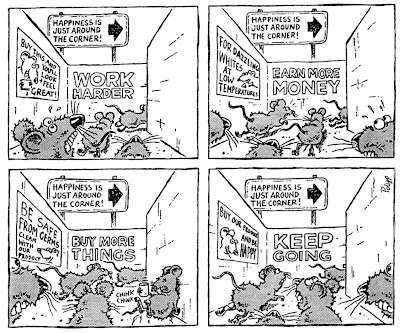 Workers put in £23bn of unpaid overtime last year, losing out an average of £4800 each, according to a study which highlights Britain's long-hours culture.

Scottish employees who do unpaid overtime lose £79.82 a week for the extra six-and-a-half hours they work. This is the equivalent of £4151 a year in lost earnings.According to figures released yesterday by the Scottish TUC, Scots worked £1728m worth of unpaid overtime last year.

A survey by the TUC found employees work an average of seven hours and six minutes extra every week and if they did all their unpaid work at the start of the year, the earliest they would be paid would be February 23.

On February 23, employees will be encouraged to take a proper lunch break and go home on time. Employers will be asked to use the day to thank their staff by buying them lunch or taking them out after work.

Is this really going to be the response of the STUC ? To request a free meal from management for us working for our bosses for nothing ?

And of the working class ?? It is one of the cornerstones of Marxist economics that unpaid labour is the source of the Capitalists' profit - the Labour Theory of Value . It is why we in the The Socialist Party call the Capitalists thieves for appropriating this unpaid labour . Now , to actually do even more extra unpaid work beyond our contractual hours of employment , that's an act of the greatest charity by workers - and the Capitalists go laughing all the way to the bank . Indeed we are truly the ragged trousered philanthropists .
By ajohnstone at January 04, 2007 No comments: