Shift work has been associated with a host of health problems. The evidence is clear that getting enough sleep is important for health, and that sleep should be at night for best effect”

Shift workers getting too little sleep at the wrong time of day may be increasing their risk of diabetes and obesity, according to researchers. The team is calling for more measures to reduce the impact of shift working following the results of its study.

Changes to normal sleep meant the body struggled to control sugar levels. Some participants even developed early symptoms of diabetes within weeks.

Participants in the study started with 10 hours' sleep at night. This was followed by three weeks of disruption to their sleep and body clocks. The length of the day was extended to 28 hours, creating an effect similar to a full-time flyer constantly getting jet lag. Participants were allowed only 6.5 hours' sleep in the new 28-hour day, equivalent to 5.6 hours in a normal day. They also lived in dim light to prevent normal light resetting the body clock. During this part of the study, sugar levels in the blood were "significantly increased" immediately after a meal and during "fasting" parts of the day. The researchers showed that the hormone that lower levels of insulin - the hormone that normally controls blood sugar - were produced. Three of the participants had sugar levels which stayed so high after their meals they were classified as "pre-diabetic". They also highlighted a risk of putting on weight as the body slowed down. "The 8% drop in resting metabolic rate that we measured in our participants... translates into a 12.5-pound increase in weight over a single year," they wrote.

Dr Orfeu Buxton said: "We think these results support the findings from studies showing that, in people with a pre-diabetic condition, shift workers who stay awake at night are much more likely to progress to full-on diabetes than day workers. Since night workers often have a hard time sleeping during the day, they can face both circadian [body clock] disruption working at night and insufficient sleep during the day."
Socialist Courier has previously reported the risks of shift ork and this lqatest finding simply confirms that capitalism is bad for your health.
By ajohnstone at April 12, 2012 No comments: Links to this post 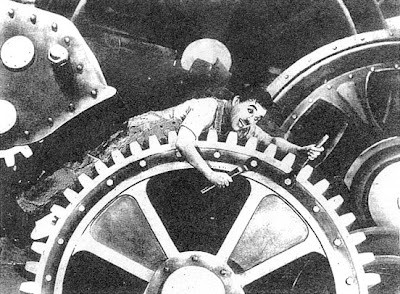 Long working hours may raise the risk of mental decline and possibly dementia, research suggests
The study found that those working more than 55 hours a week had poorer mental skills than those who worked a standard working week.
Lead researcher Dr Marianna Virtanen, from the Finnish Institute of Occupational Health, said: "The disadvantages of overtime work should be taken seriously."

It is not known why working long hours might have an adverse effect on the brain. However, the researchers say key factors could include increased sleeping problems, depression, an unhealthy lifestyle and a raised risk of cardiovascular disease, possibly linked to stress. The effects were cumulative, the longer the working week was the worse the test results were. Employees with long working hours also had shorter sleeping hours, reported more symptoms of depression and used more alcohol than those with normal working hours.

Professor Mika Kivimäki said "It is particularly important to examine whether the effects are long-lasting and whether long working hours predict more serious conditions such as dementia."

Professor Cary Cooper, an expert in workplace stress at the University of Lancaster, said it had been long established that consistently working long hours was bad for general health, and now this study suggested it was also bad for mental functioning.
"But my worry is that in a recession people will actually work longer hours. There will be a culture of "presenteeism" - people will go to work even if they are ill because they want to show commitment, and make sure they are not the next to be made redundant."

Harriet Millward, deputy chief executive of the Alzheimer's Research Trust, said: "This study should give pause for thought to workaholics..."

By ajohnstone at February 25, 2009 No comments: Links to this post

Further to this earlier post that health inequalities between rich and poor have widened since Labour came to office in 1997 , American research shows that night-shift workers, and their number is growing by about 3% per year, according to the Bureau of Labor Statistics , are known to be at higher risk for accidents, sleep disorders and psychological stress due to daytime demands, such as family and other obligations, that interfere with sleeping. Now scientific evidence suggests their disrupted circadian rhythms may also cause a kind of biological revolt, raising their likelihood of obesity, cancer, reproductive health problems, mental illness and gastrointestinal disorders.

The evidence for an increased cancer risk is so compelling that, in December, the International Agency for Research on Cancer, a unit of the World Health Organization, declared that shift work is "probably carcinogenic to humans."

*Night-shift workers have a 40% to 50% increased risk of heart disease compared with day workers, various studies have found.
* People who get five hours of sleep, common among night-shift workers, are 50% more likely to be obese than normal sleepers, Columbia University researchers have found. Several dozen other studies have tied sleep loss to weight gain as well.
* Women night-shift workers have higher rates of miscarriage, pre-term birth and low birth-weight babies.
* Night-shift workers show increased rates of breast (by 50%) and colon (by 35%) cancer in numerous, independent studies. And animal studies have shown that exposure to dim light during the night-time can substantially increase tumor development.
By ajohnstone at March 25, 2008 No comments: Links to this post