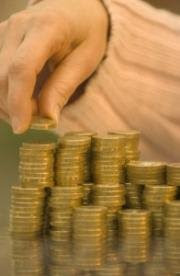 A report by the BBC on those super rich super-stars .

Then there are humble cooks like Gordon Ramsay , wealth of nearly £70 million , James Oliver , almost £60 million .

Superstars are boosting the luxury goods market, with worldwide sales in the sector topping £75 billion last year. Its all Aston Martins and private jets .

Naturally , the apologists of this insane distribution of riches claim that there are the benefits of the "trickle-down effect " but other commentators are more observant .

"Although these are people who will clearly have significant interests here in the UK and invest here in the UK, they're also looking to place their money around the world," said Mr Charrington , head of Citi's UK private banking arm , adding that the super-rich are looking for opportunities in China, India and Latin America "whether that be in private equity or hedge fund businesses. "

The BBC Money Programme produced a few interesting facts . 1% of the British population controls nearly 25% of the wealth. The top 10% in the UK having nearly 7 times the disposable income of the bottom 10%, up from only 3 times in the mid 1970s.( In the US, for example, 1% of the population control almost 40% of wealth and 20% of income.)

The lowering of the top rate of UK income tax from 98% to 40% in that time, with businessmen and women now able to turn income into capital gains paying a special low rate of 10%, has also widened the gap between after tax pay of high and low earners. For many foreign-born super stars, London is a tax haven, with non-domicile status meaning that they don’t have to pay UK tax at all – apart from council tax.
By ajohnstone at November 30, 2007