Workers Have No Country 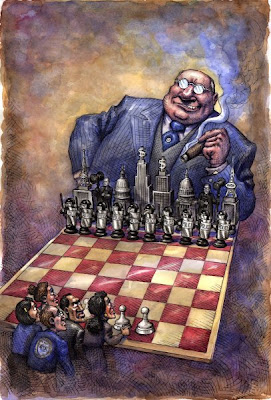 From the editorial of December's Socialist Standard
Whether Polish plumbers, Portuguese hop-pickers or Chinese cockle-pickers, migrant labour in the UK is undoubtedly higher profile now than it has been for many decades. The focus groups and private polling used by the major parties are confirming immigration as the No 1 issue for voters at the moment.
In some parts of the UK the influx may well have resulted in increased unemployment for existing workers and appears to be putting a downward pressure on wages in some sectors.
It’s worth noting that there has been an enormous effort made to vilify, criminalise and erase racist language and ideas over the last few decades. World socialists have not opposed these developments but we have argued that racism – like other the so-called "hate" crimes – is usually fuelled and ignited by poverty and fear, and therefore cannot be removed until the cause is.
For workers fighting over crumbs in lower wage unskilled jobs, the temptation to blame your unemployment or wage level on foreign labour may be strong. But nevertheless such views are false. The blame lies elsewhere. In order to stay profitable, UK employers are demanding cheap labour. It makes good business sense to welcome cheap labour from overseas – you didn't have to pay for its education, and after you have exploited it for a lifetime, you still won’t have to pay its pension.
In many ways the government is only repeating at the national level what has been happening at employer level for many years with out-sourcing of staffing costs.
And while the free movement of labour is restricted, capital is of course expected to roam the globe looking out for ever better rates of exploitation, sniffing around the sweatshops for signs of harsher working conditions or longer hours. But if these chickens come home to roost – if little pockets of the third world's poor actually have the gumption or bravery to start popping up on our doorstep – then our local administrators of capitalism start to get a bit edgy.
As with so many issues, politicians are slowly realising that governments must simply accommodate to capitalism with regard to migration and accept it. They can only try to control it but if they are to have any hope of effectively securing borders and finding those who slip through they must expend vast sums as on ID cards and the like.
The World Socialist Movement didn't get its name for nothing. Unique amongst all political parties left and right we have no national axe to grind. We side with no particular state, no government, no currency. We have no time for nationalisation or privatisation, for border controls or for migration incentives. The world over, workers must do what they can individually and collectively to survive and resist capitalism. In many parts of the world that means escaping the tyranny of political terror or economic poverty. Politically however, workers should try and resist taking sides in the battles of the economic blocs who just happen to be named on the front of your passport. You must not blame another worker for your poverty. Instead we would argue that workers should recognise that – whether migrant or not, whether illegal or legal.
See also National Nonsense
"... socialists must oppose nationalism in all its forms: not just refusing to espouse their creed, but defying the rituals, the anthem signing, flag saluting and other expressions of craven loyalty to the nation-state, that help enforce the idea of nation in our minds."
By ajohnstone at November 29, 2007

In Irish Republic immigrants are to be subjected to more discrimination .

"Lawyers who represent non-nationals in failed immigration cases may have legal costs awarded against them under controversial new asylum laws to be introduced by the Government.This legislation,if passed,would represent an outrageous attack on the justice system and will make it even more dificult for immigrants to obtain assistance for their cases.
The lawyers involved are to be effectively forced into the position of judge of a case prior to taking it on!"