Capitalism Must Be Abolished! 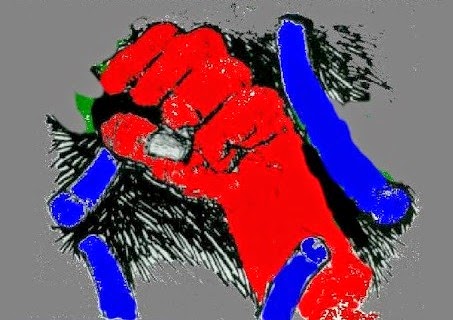 There are now whole libraries of books and reports that analyse what is wrong with capitalist society, the majority of which are trying to reach the impossible – which is to propose reforms and  government policies that will modify it into something benevolent.

The world today is in a constant state of upheaval, turmoil and conflict. After decades of new deals, fair deals, wars on poverty, civil rights legislation, government regulations, deregulations and a host of other reform efforts, capitalism remains fundamentally the same as before.  Millions who need and want jobs. Racism and discrimination is pervasive. Widespread pollution of our environment worsens. Crime and corruption are widespread at every level of capitalist society.

Socialism is not some utopia. Capitalism has created the economic conditions for socialism in the world today and although there is social production social ownership islacking. Socialism will bring social ownership of social production.   In socialism, the working people will take over the economic forces developed by capitalism and operate them in the interests of society. This will bring a qualitative improvement in the lives of the working people.

The socialist revolution is the most radical break with oppression and exploitation in history. Socialism will be won and built by the millions of people enslaved by wage-labour. The establishment of a socialist economy, based on the needs of the people, will mean the end to the chaos of capitalist production with its lack of planning and repeated crises.  The guiding principle will be “from each according to ability, to each according to needs”.

What, then, will socialism look like? Socialism will open the way for great changes in society.

The means of production – the factories, mines, mills, the fields, transportation system, media, communications, medical facilities, etc., will be transformed into public property. Private ownership of the  means of production will end. Workers will be able to manage democratically their own work places through workers’ councils and elected administrators. The economy will be geared not to the interest of profit, but to serving human needs. This will release the productive capacity of the economy from the limitations of profit maximization. A great expansion of useful production and the wealth of society will become possible.  Coordination and planning of the broad outlines of production will aim at building an economy that will benefit the people. Capitalism already has a developed and centralised economy, so socialism’s main task will be to reorient this structure towards social needs.  The protection of the environment would be ensured. There will be a process of amalgamation of peoples into one, making states themselves unnecessary. Classes will disappear, the state will “wither” away. A new era of human freedom and prosperity will arise.

The potential to create such a society exists, but that potential can be realized only if workers act to gain control of their own lives by organising, politically and industrially, for socialism. Join us to put an end to this malignant cancer by placing the land and the instruments of social production in the hands of the people as a collective body in a cooperative socialist society. Against this insane system, the Socialist Party raises its voice in  protest and condemnation. Help us build a world in which everyone will enjoy the free exercise and full benefit of their individual faculties

Workers Can Build a Better World
By ajohnstone at May 11, 2014