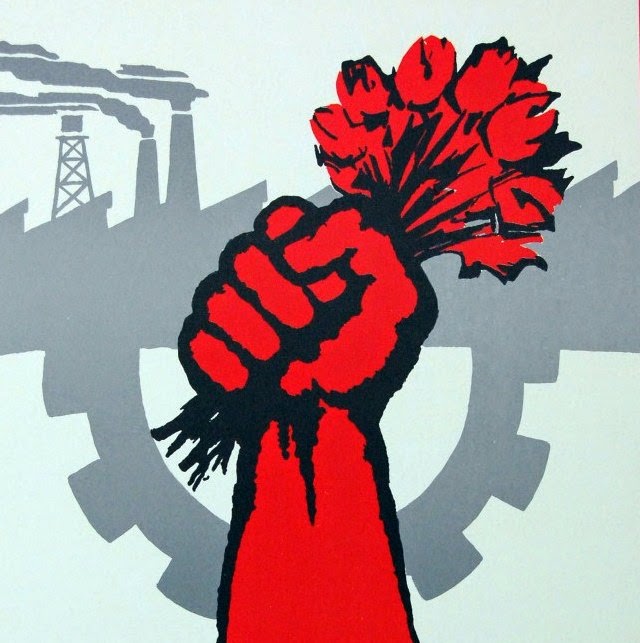 There exists to-day, so many factions all claiming the course necessary to be taken by the working class towards its emancipation. The Socialist Party does not minimise the necessity and importance of the worker keeping up the struggle to maintain the wage-scale, resisting cuts. There are some signs however that general combativity is rising. Let's not forget that this is vital if our class is to develop some of the solidarity and self-confidence essential for the final abolition of wage slavery. Socialists recognise the necessity of workers' solidarity in the class struggle against the capitalist class, and rejoice in every victory for the workers to assert their economic power.

Trade unions are necessary, not to overthrow the present system, but to resist capitalist encroachment under the system. To struggle for higher wages and better conditions is not revolutionary in any fundamental sense of the word; and the essential weapons in this struggle are not revolutionary either. Industrial militancy is just that: militancy on the industrial field. Those who are most active in this do tend to have political views, generally of a left-wing nature, but it is not for these views that they are supported; it is for their negotiating skills and their ability to stand up to the bosses and express what their fellow workers feel about pay and working conditions. There have been numerous examples of shop stewards and works convenors who at work have been able to “mobilise” thousands of workers but who, when they have stood at elections for the Communist Party, have received only a few hundred votes. Industrial militancy does not lead to political militancy, but ebbs and flows as labour market conditions change – and industrial militants can in no way count on leading their supporters on or on to the political field. Most experienced industrial militants are well aware of this and wouldn’t dream of trying to.

To be sure, participation in the class struggle does not automatically make workers class conscious. Workers are not "reformist" because "the unions" make them so; rather the level of political consciousness within a union will be a reflection of the general consciousness of the working class at the time. If more militant members are losing the arguments then this reflects a wider passivity: something that is hardly surprising given the shattering defeats organised labour has suffered in Britain in recent decades. Trade unions can only be as militant and class conscious (and effective) as their memberships are, which must depend on the wider situation. (Though this isn't to take away from the damage done by servile union bosses) To create a dichotomy between "the unions" and "the workers" can only lead to a distorted analysis of the uses and limitations of union struggle. Ultimately the union and the workers are one and the same thing. If these workers have reformist outlook on life, i.e. believe that capitalism can be made to run in the interests of all, the unions must therefore have the same outlook; on the other hand if there were more revolutionary workers in the unions—and in society generally—then the unions would have a more revolutionary outlook, no longer harbouring any illusions about 'common national interests' . That would not in any way alter the essential nature and role of the trade unions as the defensive organisations of the working class; but it would make them far more effective fulfilling that role

Socialism demands the revolutionising of the workers themselves. This does not mean that workers should sit back and do nothing, the struggle over wages and conditions must go on. But once we have learned the hard lessons, it becomes clear that this is a secondary, defensive activity. The real struggle is to take the means of wealth production and distribution – the factories, farms, offices, mines etc. – into the common ownership and democratic control of the entire world community. Only by conscious and democratic action will such a socialist system of society be established. This means urging workers to want something more than what they once thought was "enough".

Socialists are accused of wanting "too much" because our aim is aim is a society in which the earth is the common property of all . The task of the Socialist Party is to show workers that it is a practical proposition which calls for their urgent attention in order to transform a picture of how we could live into a movement for how we shall live. To transform this desire into an immediancy for the working class. Democratic decisions will need to be made, not by leaders but by all interested people. That people are capable of organising their own affairs in common is one of the things that has clearly demonstrated. The socialist movement must be "the self-conscious, independent movement of the immense majority, in the interests of the immense majority" (Communist Manifesto).

One school of thought in the working class political movement sees unofficial and wildcat strikes as bona fide rebellions, not only against the labour leaders, but against the capitalist system itself. This school views unofficial actions and wildcat strikes as the beginnings of a real rank and file movement which will eventually result in the workers throwing out the union bureaucrats, taking over the factories, establishing workers' councils and ultimately a "workers society" based on these councils. Often If one reads in leftist journals an impression that a tremendous political movement of the workers is under way. Yet these wildcats still remain purely economic struggles on the part of the workers. They have a grievance arising out of the conditions of their work, instinctively they bring to bear their only weapon, withdrawal of their labour. For a brief period the workers are aroused. They assail their union leaders in no uncertain terms. But they learn nothing of the role of these union leaders in support of capitalism because they do not understand the society under which they live. In a few days, after the wildcat is over, the workers return to their routine thinking.

Some believe these wildcat unofficial strikes can be used as a lever to push the workers along a political road, towards their "emancipation." How is this possible if the workers do not understand the political road, and are only engaging in economic struggles? The answer is that "leaders in-the-know" will direct the workers, much as a guide-dog leads a blind person. But more often than not these leaders will also try to lead the workers in the wrong direction, toward the wrong goals (nationalisation and state capitalism), as the workers later find out to their sorrow.

The socialist approach of education - rather than the non-socialist approach of leadership - is much better. Through education it can be pointed out to the workers that strikes arise out of the nature of capitalism, but that they are not the answer to the workers' problems. These economic struggles settle nothing decisively because in the end the workers still wear the chains of wage slavery. It is the political act of the entire working class to eliminate the exploitative relations between workers and capitalists which can furnish a final solution. The socialist teaches the nature of both capitalism and socialism, so that, armed with this understanding, the workers themselves can carry out the political act of their own emancipation. This is the lesson of all other outbursts of class struggle among the workers. These struggles can be used as a means of educating workers to the real political struggle - socialism. They should not be used as a means to gain leadership over the workers, or to lead them along a political path they do not understand.