For a socialist party 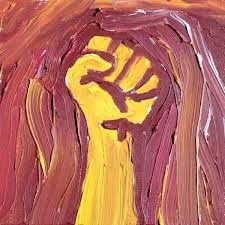 Today the whole world is in the grip of a recession. Millions of workers are unemployed and being reduced to subsistence standards of living yet it is an astonishing paradox that, in a world where science and technology have advanced to the stage where there could be plenty for all, there is a growing amount of want and hunger with many under-fed and actually starving. Even those people who escape the worst excesses of deprivation often find that their lives are empty and meaningless; they experience severe alienation. Wherever one looks in the world, people are turned away from each other and thrown into all manner of antagonistic conflicts. The human species is even developing an antagonistic relationship with its environment. Slowly but surely by poisoning the atmosphere, polluting the oceans and ravaging the land, Nature is being turned against us. None of these things are isolated or accidental but all interconnected. At the root of all these problems is the exploitation of some people by other people, the capitalist class exploiting the working class, the oppressors against the oppressed. No lasting solution to any of these problems will be found while capitalism is allowed to survive in the world.

Today the human species stands at a turning point: either we develop further by means of the revolutionary socialist transformation of society or we are eventually destroyed. There is nothing inevitable about the further advancement of the human species. True, the only real, lasting way forward is socialism but whether or not this road is taken is a matter of decision for human beings whereby they decide to take their own fate into their own hands is there any possibility of progress. The working class has it within its power to overthrow capitalist society and in so doing to pave the way for the liberation of the whole of humankind. History never stands still: if we do not move forward then we may well regress backwards.

The relationship between capitalists and workers is unavoidably and inherently exploitive and oppressive because capitalist profits are derived from paying workers less than the value of what they produce. It follows that all the time a class-divided capitalist society exists there will be a continuous, never-ending class war between capitalists and workers. The main enemy of the working class, the target of the revolution, is the capitalist class. These are the really  industrialists and financiers, together with leading state functionaries. They dominate the economic, political and cultural life of this country. The  capitalists have a solid interest in perpetuating the rule of capital.

Experience has shown that while they find it necessary at times to make certain minor concessions to the working class and are willing to enter into alliances and accommodations with various groups outside their ranks, that even so the capitalists will never tolerate any fundamental challenge to their interests and rule.  A comparatively small group of capitalists at whose head stand the smaller group of billionaires compete with each other in the exploitation of the millions of propertyless workers. The workers compete with each other for a livelihood controlled by the owners of the means of production. While there are differences within this class on what is the best way of controlling the working class so as to perpetuate the rule of capital they stand united in their determination to uphold its reign. Any challenge to their rule is met with whatever measures are necessary to defeat it, including armed force. These people are the real rulers and the working class will never be free until we overthrow the capitalist class.

Violence is not revolution, for though violence may possibly in certain circumstances accompany a revolution it is not the revolution. There can be no social revolution without a fundamental change in the relation of the classes. It is the division of society into property owners and propertyless people which lies at the root of the crisis of the capitalist world. Talk of reconciling class interests is simple deceit. It is impossible to reconcile the interests of the slave owner and the slave, the exploiter and the exploited. The truth is that the employing class want the State  more firmly to fetter the exploited to their exploitation, to rivet class division securely by oppression.

Parliament grew out of feudalism and after the capitalist revolution. It was founded on private property foundations. Its laws are the laws of private property. Nevertheless, the modifications that have taken place, the extension of the franchise and the growth of social legislation for the working-class are the reflection of the growing strength and power of the working-class. The greater the crisis of capitalism the more Parliament reflects the class struggle in its work, because more the capitalists attempt to use it as the means to regulate capitalist economy and  the more they are impeded by the increasing claims of the workers who feel the full force of the crisis. This is seen in the protests against austerity cuts, against the attacks on benefits, against the lowering of the standard of life, against the crushing burdens and the pauperisation of the workers.

The unity of the working class can be made real in a socialist party, if that party becomes, in fact as well as in name, the fighting force of the whole working-class movement. Its avowed aim should be the reorganisation of the economic and social life on the economic foundation of socialism.  It must use not only the weapon of mass organisation on the industrial field, but the weapon of parliamentary democracy, won in the past by working class power. It must set itself, by using the machine of Parliament, by adapting it and changing it to serve new purposes, to win power so that it shall transfer into the hands of the exploited  the land and the industries. It must wage the class struggle if class domination is to end. A socialist and working-class movement fighting relentlessly for socialism and in that fight combating the day to day attacks of capitalism is the only way to defeat capitalism.