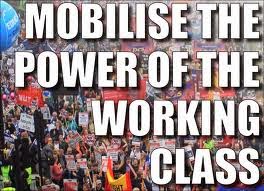 We cannot understand the world and our part in it with the education we receive. Our ideas have to correspond to reality if we are to organise to fight against this brutal capitalist system. We have beliefs based on our understanding and analysis of the world situation and we put those ideas forward for debate.

Capitalism is built on deliberate misinformation and strange fantasies. Capitalist apologists deny inconvenient facts to justify their beliefs, and outright lie, if it suits their agenda. A private property world can never be a free world. A society based upon warring classes is a world of strife and hate. To set the working class thinking for themselves, and to hold before them the ideal of mutual aid  based upon mutual interests, is to render real service to the cause of humanity. Our political platform demands from society the satisfaction of all reasonable human needs. Our opponents want us to elaborate clearly the practicalities of that idea. They don’t like our critical attitude. We should  show how it could be done but of course, not in a serious, not in a palpable and practical way, but on paper, by means of harmless theories and ideal descriptions. Our constant propaganda, our clearing away of prejudices will effect much more than all speculation about the future state of society. Its general outline is already given by the present actual nature of things. The determination of its specific forms and details must be left to future times.

Capitalism is a system in which there are different classes—exploiters and exploited, rich and poor. The interests of these two classes are clearly opposed. The exploiters try to increase the exploitation of the workers as much as possible in order to increase their profits. The exploited try to limit this exploitation, and to get back as much of the wealth as possible of which they have been robbed. The ending of the exploitation, the cruelty and injustice caused by class society in its various forms, has long been the dream of men. It found expression in the, in the writings of men like John Ball, the Levellers and Gerald Winstanley, the co-operative movement and Robert Owen and the Chartists. But so long as modern, large-scale production did not exist, the  end of the exploitation of man by man could remain only a dream. It was capitalism, in the search for greater profits, which mastered natural forces expanded the production of goods on an enormous scale, united the scattered, individual production of men into highly developed, large-scale factory production, thus establishing the basis on which socialism can be built. The age-long dream of the thinkers and the fighters of the past can only be transformed into reality when the working class wages the struggle to take political and economic power from the capitalist class and sets about building a socialist society.

The means of production—the factories, mines, land, and transport are taken away from the  capitalists. They are transformed into social property. This means that they belong to and are worked by the whole of the people, that the fruits of production likewise become social property, used to advance the standard of life of the people. No longer can some men (the capitalists) by virtue of the fact that they own the means of production, live off (exploit) the labour of others (the working class). No longer are. the workers compelled to sell their labour power to the capitalists in order to live. The workers are no longer property-less proletarians. They now collectively own the means of production and work them in their own interests and in the interests of society. Socialism is organised on the basis of “From each according to his ability, to each according to his needs”. This means the greatest advance in human history of all time.Socialism cannot be imposed on the people from above. It develops from below.

The Earth, the Sun, the soil and seas, and the people are power enough to satisfy all reasonable needs of the masses. Socialism does not seek to establish eternal laws, permanent institutions or unchangeable forms; it seeks in general the salvation of mankind. The indispensable means toward attaining that object is mental enlightenment.

There can be no question that every socialist should defend every democratic right won in the course of the long years of struggle. There can be no question of every socialist to defend everything within the constitution of whatever country which will facilitate a peaceful revolution on the basis of popular consent to majority rule. But does this mean that the similarity of socialist and capitalist constitutions is such that there is no difference? That capitalist and socialist democracy are the same? The most basic proposition of socialists is that capitalism, even in its liberal democratic forms, remains a system of domination and exploitation. It is a system which involves a concentration of economic power, based on the private ownership. A fear exists amongst the moguls and magnates of capital that a democratic onslaught of the working class against their privileges and powers of exploitation may dispossess them.

Unable to break up organised labour by a frontal assault, Big Business is seeking to weaken and undermine the unions by legislative means. The main front of the war upon the labour movement is now concentrated on the political field where the capitalist rulers are strongest and workers are so pitifully weak. It is clear to every realistic observer of politics that the post-war era of reforms is dead and buried. The political agents of the employers are today driving in the opposite direction. Their programme, dictated by the needs of capitalism to master the world and to degrade the living standards of workers must become increasingly  dictatorial. Instead of conceding new concessions to the people, the capitalists have resolved to withdraw the old ones wherever they can. Added to this, the submissive attitude of some union leaders makes the capitalists more arrogant and contemptuous and all the more determined to crush the workers’ organisations. And it helps sow confusion and demoralisation in the ranks of the workers.