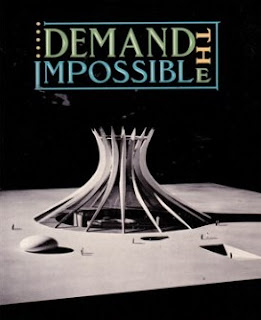 We are not a party like other parties. We retain an unshakable confidence in the socialist future of humanity. We in the Socialist Party conceive of socialism, not as model society constructed from a preconceived plan, but as the next stage of social evolution which will grow out of the class struggle. The architects and builders of the socialist society of the future will be the socialist generations themselves. The people in the future society will be wiser than we are. We can only anticipate and point out the general direction of development, and we should not try to do more. The future belongs to the Socialist Party. It needs only to be true to itself, hold firm, dig in and prepare the future. The road we travel has many twists and turns; we will see and experience many things, but the goal is clearer than ever in our vision; but we haven’t found a smoother or more direct road yet. The Socialist Party has always believed in the primacy of ideas and taught others to believe it. We take Marxist theory seriously, study it attentively, and teach it to others. Our theory is a guide to action, not only for the party but for each individual member. It is only by action that one can give valid testimony to his or her theoretical convictions. Faith without deeds is dead. The true revolutionist lives and acts the way he or she thinks and talks. Capitalism can offer no prospect but the destruction of civilisation. Only socialism can save humanity from this abyss. This is the truth. Against the mad chorus of national hatreds we advance once more the old slogan of socialist internationalism: Workers of the World Unite!

Most people who call themselves left-wingers are dominated by the idea that socialism is about expanding the sphere of activity of the state. For them, the key criterion of socialism is the nationalisation of property. The more militant they are, they assume, the more they must favour state property. Marx and Engels did not identify socialism with nationalisation of property. Their attitude to the state was one of unremitting hostility. Far from wishing to expand its activities, they sought to do away with it. In 1844, Marx declared that the most useful thing the state could do for society was to commit suicide. The following year, he and Engels declared ‘... if the proletarians wish to assert themselves as individuals, they must overthrow the state.’ Marx celebrated the Paris Commune of 1871 on the grounds that it was ‘a Revolution against the State itself’. And in 1884, Engels looked forward to the day when the state would end its life ‘in the Museum of Antiquities, by the side of the spinning wheel and the bronze axe.’ Stateless societies did not lack social regulation; life within them could be orderly, and remarkably affluent. We keep each other ‘in line’ by various forms of peer pressure.

If the working class is to be successful in its struggles with capitalism, it must be united and organised. Only by all the workers acting together as if they were one person can we rival the power of the capitalists. The idea of socialism is powerless without a social force powerful enough to see to its implementation. There is but one such force in modern society – the working class. The achievement of socialism awaits the building of socialists. Capitalism must be replaced by socialism, by the common ownership of the means of production in the interests of the people as a whole. By bringing men and women together primarily as buyers and sellers of each other, by enshrining profitability and material gain in place of humanity, capitalism has always been inherently alienating. A socialist transformation of society will return to mankind’s sense of humanity, to remove this sense of being a commodity. Socialist democracy implies control of our immediate surroundings so community democracy is vital. Socialists strive for democracy at those levels that most directly affect us all — in our neighbourhoods, our schools, and our places of work, where people directly struggle to control their own destinies. Workers' participation in all institutions promises to release creative energies, promote decentralisation, and restore human and social priorities.

The decisive battles to assure humanity of its socialist future, to abolish war and misery and halt the degradation of the planet, are approaching. It is up to you to organise under the banner of the world socialist revolution. The victory of the world revolution will put an end to all exploitation, all oppression and all violence among mankind. The dawn of socialism, created by the people and for the people, is on the horizon. Turn toward it resolutely. In an epoch like the present, ravaged by cynicism, doubt, disillusionment and despair, our collective voice reaches out and speaks of better days to come, or rather of better days to be made.

Demand the impossible – everything depends on our ability to imagine a new world.