We Can Transform The World 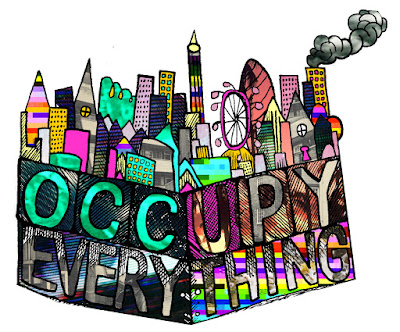 The peoples of the world are confronted today with enormous problems which include the poverty, malnutrition, disease, war and the threat of environmental destruction. This need not be so for we possess advances in science and technology that provide such opportunities for the full development of every human being. The wealth, effort and ingenuity which could be used to improve the living conditions of working people are, instead, used to expand the profits of the giant corporations and banks that dominate the economy and society. The Socialist Party aims to replace the insecurity, profiteering, inequality and social conflict of capitalist society with socialism. A socialist world would be run by and for the people, not for private capitalist profit. Production for use would be socially controlled and planned to guarantee everyone comfort and dignity. For over a century, the Socialist Party of Great Britain have had this aspiration to create a fundamentally humane, democratic and just society. It’s difficult for many socialists to have faith in the ability of the working class to change society. There will be those who still insist that the socialist movement has suffered more than a temporary defeat. Again and again, governments have cut public spending and attacked workers’ living standards through wage controls. Socialists need to be realistic about the present situation, recognising just how bad things are, not giving way to fake optimism. At the same time, we have equally to resist despair. The working class is far from finished, and our job is to prepare for coming struggles. If we are not to repeat the mistakes of the past, we must learn from those mistakes.

The struggle against the capitalist class is a struggle against all who live by the labour of others, and against all exploitation. Employers do not assist in the production of wealth, they only manage or mismanage it with a view to getting as much for themselves, and as little for anybody else, as possible. Workers must strike not only just against the effects of wage slavery, not merely against the conditions which their employers impose upon them, but against the power of the bosses to impose conditions at all. This can be done by exercising our sovereignty as the PEOPLE, and declaring void all the legal claims and customs by which the owning class hold possession of their wealth and dominion over the workers’ lives, for it is only in the name of and by the assumed consent of the people that their privileges are preserved by the legal statutes and the power of the military and police; and so soon as the people choose, they can in their own name, and of their own will, revoke these statutes; and, if need be, call upon the military and police to give effect to their decrees, or, what would be more effectual, disband these discredited agents of law and order altogether. Violent rebellion on the part of a portion of the workers is a hopeless expedient, so long as they must count upon the opposition of the forces of the State, backed up by the political support of the majority of the working class. It is not the power of the capitalists, nor of their armies nor police which keeps the workers in servitude but the ignorance and apathy of the workers themselves.

If one had to seek the reason why the workers’ movement is in such an abject condition, it would be due to the mistaken trust in the Labour Party and the forlorn hope in the reformism they offered. The Socialist Party aim to widen the audience for revolutionary change. With socialism, we can use the world’s resources, and human beings’ accumulated knowledge and skill to change the face of the world, to create a world in which poverty, exploitation, and war are only bad memories. It is with that goal in mind that we in the Socialist Party set out. We have no illusions about the scale of the task, or about the limitations imposed by our size, influence, and talents. We don’t regard ourselves as the elect, the bearers of the truth. We know that only the working class can transform society. We don’t seek to put ourselves in place of that class. We seek only to make workers conscious of their interests and their power, and to direct that power at the capitalist state. We appeal to all who agree with us, to join us. Together we have a world to win.

Surely, the realisation of a society where the old, the sick, the physically or mentally unwell would be as tenderly cared for as our own children, and neither hardship for today nor anxiety for tomorrow would mar the excellence of our lives. Surely, everyone should have an opportunity of enjoying life that is worth striving for.