Socialism is no utopia 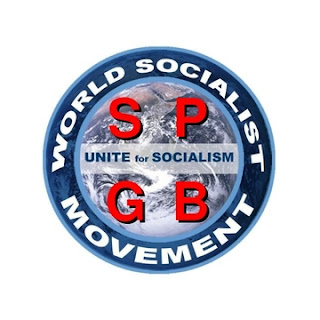 The Socialist Party reaffirms our belief in world socialism and in the principles of human brotherhood as the only force in the world that can bring order out of capitalist chaos and prevent an environmental catastrophe. A new and heartening sign of the fraternal mood that has been growing throughout the world. It now appears that socialists can expect an increasingly favourable response to our activity of presenting socialism as the only permanent solution to capitalism and offering brotherhood for all nationalities. Our socialist alternative will begin to appear realistic to more and more of our fellow workers. Socialists are alert in pointing out the great distinction between "state" and "social" ownership and in reiterating the socialist demand for the complete common ownership of all the means of production and distribution as the only cure for the evils of the competitive system.

Capitalism has worked for Big Business and for the people who own stocks and shares and landed estates.  In the opinion of the Socialist Party the problems which confront the working class can only be solved by the workers taking power into their own hands. As socialists, we surely take as our starting point that capitalism produces sufficient wealth to provide enough for all, but because of the ownership and organisation of production, that wealth is wasted or even destroyed. Capitalism is incapable of providing decent homes, social services and living standards for all. We believe that the correctness of our ideas will become apparent to the whole of the working class. The first job of the Socialist Party is to pool the resources and experience of its members; to give every isolated socialist the confidence to organise and argue for socialism among his or her workmates, neighbours and companions. Real socialism is the only alternative to capitalism and it is worth fighting for. Society can be changed, but only if working people abandon reformism and commit themselves to revolutionary change from below. Only by resisting all attempts at class collaboration, insisting on the independence of the working class, can a movement be built to challenge capitalism in Britain, and to respond with effective solidarity to the struggles of fellow workers in the rest of the world. At present Scottish nationalism and the SNP have the appearance of a ‘progressive movement’ to some sincere people. Often such nationalism is not transparent, for it is skilfully masked by socialist phrases. Deceived by this, Left Nationalists will work in and around the nationalist movement only to discover, in some years’ time, that they have been most cruelly misled, have been wasting their time and worse – have been propagating an at best diversionist movement which they will then have most fiercely to destroy. Socialists must not fall into this trap; they must not be hoodwinked by the ‘potentially progressive’ facade of nationalism. They must unite to expose it now, as part of their struggle for socialism. Instead of tragically wasting their time fostering nationalism (in whatever form), they must arm the people with knowledge and understanding. We can cope with open nationalism for it can easily be discerned. It is much more difficult to combat a nationalism which is hidden beneath a mask of socialism. Any struggle which is not a part of class struggle is a distraction from real issues.

The unity of mankind is an age-old dream. The Christians preached it. Even the capitalists aspired to it from the League of Nations to the United Nations. A slogan in itself means very little unless we consider by whom it is put forward, and with what purpose. As with the slogan ‘Against the War’, many political groups use it and all mean something different by it. Frontiers alone do not cause wars. Wars are caused by the conflict of aims between individual or groups of capitalist powers. This has apparently been ‘overlooked’ by those who prefer to invent a ‘peace plan’ which does not involve the revolutionary overthrow of capitalism. The overcoming of the divisions and conflicts among peoples in this world is no Utopia. Such world unity cannot, however, be achieved by religious morality or bourgeois reformism. The supreme task of our age is to abolish capitalism as an outmoded and dangerous system and proceed to build socialism on a world scale. This can be done only through the action of the working class, not because of any better qualities as individuals, but because of their position and functions in the economy. They are the principal objects of exploitation under capitalism and the fighters against it. And they become the bearers of a higher mode of production and builders of a superior social system under post-capitalist conditions. The uprooting of exploitation and construction of a social order where people can be free and equal with unlimited prospects of advancement will be a climactic achievement of humanity. With the development of new technology, automation and other scientific and industrial accomplishments, mankind has the chance of eliminating all relations of oppression and exploitation and then lightening the burdens of necessary labour – and other curses – imposed by the low levels of labour productivity.

The workers’ movement is strong when it is conscious of a goal and strives for its realisation along class lines. When the class lines become obscured, its strength is dissipated. A socialist party is not an end in itself; it is only a means to an end. It is only a political class expression on the road toward the abolition of capitalism and class society. Nor does it come into being purely as an automatic process. Men must exert their conscious influence and action. The conscious revolutionists particularly must be the leaven in a field of such fruitful work. The socialist movement is in a similar position to that of the child learning to walk. The movement has been born, it has passed through the crawling stage, it has taken a few steps and had a few tumbles, and in the swift evolution of events it will soon be beyond the walking and into the running stage.
By ajohnstone at September 17, 2015