Nothing can stop an idea that has come of age. 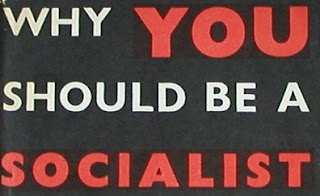 The main drive of capitalism demands a commodity market where everything is for sale with a view to profit. This drive is the profit motive. It is generally accepted and idealised as the best possible motive for producing what society needs. It operates in all countries of the world and every country has a ruling and subject class. There are no exceptions. The profit motive works — after a fashion and at a terrible cost to society. While we produce commodities that we may or may not need, we produce in the process huge piles of garbage and toxic waste, a polluted world, an endangered earth and a threat to all forms of life. The profit motive is a corruptive force. It cripples the spirit of co-operation while promoting competition which leads to either a cold or hot war.

It breeds false prophets who preach that monetary riches lead to security, success, and happiness. It divides people and cultivates hate, favours the few and condemns the many. It is outdated, unnecessary, unhealthy and must be replaced. The question is, “By what, how and by whom”? Modern technology harnessed by common sense can work for the common good of all people. This means replacing the profit motive and market economy, with a human motive and democratic economy, where the role of the individual will simply be, "From each according to ability, to each according to need".

We don't have to be saints or utopians but we must be politically informed, and to know our real interests. The popular concept of a democracy today is a farce, the propaganda of the ruling class and its supporters. We must desire, demand and build a real democracy. A real democracy can only be achieved on a worldwide basis. It cannot exist on a national level. The people, as a whole, must own and control the means of life and democratically make the decisions. We do not need leaders. We need only ourselves, the working class, and together with the tools of technology and the desire of a sane society we can complete the job. If we meet this challenge we can easily solve the pollution problems of the mind and the environment. Our reward will be a World without classes, just people living life to its fullest and getting along together. The only thing that can stop us is ourselves, and nothing can stop an idea that has come of age.

The Socialist Party single-mindedly pursues the establishment of a society freed from the constraints, contradictions and degradations of the market, commodity production, and the wages system. Because we are the only political party in this country advocating socialism, we reject any thought of compromise or alliance with other organisations. Socialists do not water down their principles in order to trawl in workers who support reform programmes or the anti-democratic doctrines of the Left. Neither do we seek advertising agencies or public relations consultants telling us what ought to be in our election manifestos or Party statements. When our candidates stand in local or parliamentary elections they are not first sent to image advisers to polish their style. Instead, we insist on workers attaining class-consciousness through argument, persuasion and their own experience, to the point where they understand capitalism and the need to abolish it altogether.


If, as a result, we are considered unfashionable and detached from the politics of "revolution" as understood by the Left, then so be it. We stand or fall on our insistence that democratic means must be in line with democratic ends. The politics of reform and compromise have left a trail of bitter failure throughout the twentieth century, with numerous and now largely forgotten casualties buried unceremoniously along the way. We only ever want votes from class-conscious socialists, for the purpose of organising to capture political power and introduce socialism. This means that the question of fashion or principles is an important one, for it is ultimately about the retention of capitalism or its abolition. Until the workers grasp the elementary facts of their wage-slavery and the utter hopelessness of any solution but socialism, all the social ills will continue to increase in aggravation.
By ajohnstone at April 12, 2016