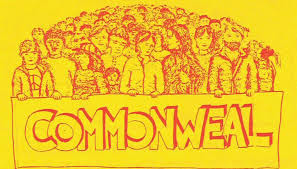 The capitalistic system of production, under the rule of which we live, is the production of commodities for profit instead of for use for the private gain of those who own and control the tools and means of production and distribution. Out of this system of production and sale for profit spring all monopolies (arising from and following competition) and out of it, naturally, grow an overwhelming percentage of moral evils, and the entire problem of misery, want, and poverty that, as a deadly menace, now confronts civilisation.

Whilst the Socialist Party share with many other organisations the general principles of democracy, co-operation and worldwide action, we see the problems facing the world as stemming from the ownership of the wealth of the world by a privileged class. We do not think the world's problems can be solved until the wealth of the world is taken into the common and direct democratic ownership of the whole of humanity. Specifically, we think this requires a self-conscious and active movement of people working together, worldwide, and we cannot allow this movement to be divided into nation states or rely on governments to help us. The present system can never be reformed to work in the interest of the majority. All the other candidates disagree and are promising to reform it in one way or another. But reform has been tried many times and look where we still are. The present system can only work by putting profits before people. That’s how capitalism works and can only work. It’s the economic system. And that’s what got to be changed. The Socialist Party seeks an essentially peaceful democratic majority revolution to replace capitalism with a system in which productive resources have become the common heritage of all to be used for the benefit of all.

Things are not produced today to meet people’s needs. They are produced to make a profit. And that’s the cause of the problems people face. Under the profit system profits always come first. Before providing basic services like health care and transport, before improving conditions at work, and before providing decent housing. It is profits first, people second. Under the profit system production is in the hands of profit-seeking business enterprises, all competing to maximise the rate of return on the money invested in them. Decisions as to what to produce and how much, and how and where to produce it, are not made in response to people’s needs but in response to market forces. As a result, the health and welfare of the workforce and the effects on the environment take second place. The profit system can’t help doing this. It’s the only way it can work. Which is why it must go. Governments, whatever their political colour, have to cut their spending so as to give profits a chance to recover.

So, what’s the alternative? One thing is certain. The Tories and Labour have nothing to offer, nor the LibDems, UKIP or the nationalists. They all support the profit system and are only squabbling over which of them should have a go at running it. If we are going to improve things we are going to have to act for ourselves, without professional politicians or leaders of any kind. We are going to have to organise ourselves democratically to bring about a society geared to serving human needs not profits. Production to satisfy people’s needs. That’s the alternative. But this can only be done if we control production and the only basis for this is common ownership and democratic control. Supporting the Socialist Party registers your rejection of the profit system and your agreement with the alternative.

So, let's be clear: The Socialist Party doesn't want your vote to be in office. We're seeking to abolish a society in which people are made to work for the people who own all the property. We're in politics to call you to revolt. If you want a state-free, class-free, money-free society where we co-operate to produce the things we need, then you need to revolt. You need to say that that is your priority.  You need to tell your fellow workers that you want them to revolt too.  That is what putting a cross next to The Socialist Party candidate means, it means a rejection of the whole system of government and society, with no compromise. It's a big leap, let's see you make it.

Let us hoist our sails and sail straight for the cooperative commonwealth. The sun shines upon us and the wind blows our way.  The future is ours.
By ajohnstone at April 04, 2016