A Vision of the Socialist Future 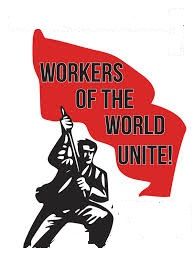 Sometimes a fellow-worker wonders how he or she is ever going to understand the theory of socialism. You can’t even understand Karl Marx words without a dictionary. At least that’s the way it looks at first. Many find themselves thinking, “Well, this socialism stuff is all right for college graduates but. I only work for a living. How am I going to understand these books on economics and philosophy when I don’t even read the Socialist Standard?” The class struggle bubbles and boils and at first sight it seems to be quite a mystery to understand. Yet it is each and every day of your life and take part in it yourself. Recessions, wage-cuts, strikes, picket lines, and sometimes revolution. No working man or woman should think just because it is called scientific socialism that he or she can’t hope to learn it. The worker can learn the most important elements a thousand times easier than any university-educated boss. It is a study of the everyday things that working people know more about than anybody else: the factory and office, where they spend all their working hours; the machinery, which they become almost a part of; and the products which they, and only they, produce.

Marx simply showed how capitalism is different from other systems in the past and that capitalism had a beginning and it’s going to have an ending. That the next stage in history is socialism, a system which operates in a different way than capitalism,  directly for the benefit of the people. It produces for use and not for profit. He explained that Mankind have the possibility of running the world to benefit the majority.  He and Engels were educators, eager with their books to teach. There are others in the Socialist Party trying to do the same, explaining the day-to-day class struggle, anxious to be a helper to make the task not such an impossible thing as you first thought. And later when the class struggle heats up, you’re going to step up and tell dozens – maybe hundreds or thousands – of other working people how to turn resistance into revolution. And discover you weren’t so dumb as you believed. The whole idea of socialism is we wouldn’t be producing for profit – for sale on the market. That’s the main thing. We would manage the whole industry ourselves. We’d co-operate with other industries’ workers doing the same thing.


Maybe you think it’s going to be a long, long time before the working people take power and create abundance for all. You explain the case for socialism to your neighbours and work colleagues and they don’t accept the idea. You see, some people hold on to the same old prejudices that are against their own interests. And you wonder how and when all these workers will overthrow their ruling class. How are you ever going to get the working people together because you see the workers divided by religion, race, nationality and gender.  People still go on talking capitalist crap. How are the workers of the world ever going to get together? lt isn’t going to be easy to organize the whole world. We’ve a big job ahead of us. But the main job of uniting the working people is being done by our enemy, the capitalist class. Yes, even though they encourage racism and nationalism they are uniting us. They are uniting us by subjecting us to the same conditions. They are uniting us by making us work together. They are uniting us by giving us all the same lousy wages and squeezing us into a common mould. The people all over the world are suffering the same united misery under their capitalist masters, regardless of what flag these masters fly or colour of skin. We have a common fight against a common enemy and there is the camaraderie of struggle. We share the same desire to smash our shackles.


The whole capitalist world is a prison for our class and we are beginning to see it, we can’t help but see it. As we see it more and more, unity in the struggle will be forged. For we are shackled with a common chain. And the same key to free us fits all the locks.


I let you work with this knife and cut that bread. There, you made ten slices. Well, I put those ten slices away in my cupboard and give you a pound. You take the pound, go out and buy five slices of bread. Here’s the five slices. You and your family eat it up tonight. Then tomorrow you come to work and slice some more bread for me.


After this goes on for a while, I acquire a hoard of bread stored up in that cupboard. And it isn’t any use to cut up any more, because it’ll only get moldy. So I tell you to go home, and wait for me to call you back to work. Well, you’re out of work, and you can’t buy any bread, so I have to lower the price. I can’t make much money that way, so I dump a lot of it in the ocean so the price will go up.


Things get tough and strength in your muscles are getting weaker. That looks bad for me because I’ll need you later on. So being the big-hearted person I am,  I give you a half a slice of bread a day for nothing – no money at all. Of course, I say you’re a lazy bum because you won’t work, and it’s your fault that I don’t give you any work. But that generosity makes me feel pretty good. I think of myself as a philanthropist


Finally, I get resume business again. I get you to sharpen up the knife once more. You cut out twenty slices a day instead of ten. To show you how big-hearted I am, I give you one pound and fifty pence a day. And it isn’t my fault if the price of bread has gone up because I am selling more bread in the rest of the world.


In the meantime, my cupboard is once more getting bigger than ever. I lay you off again, take back the knife again and eat my bread while you starve. What can you do about it? WHY DON’T YOU TAKE THAT KNIFE AWAY FROM ME?


No single individual really rules. A CLASS rules. The capitalist class. Like all previous class rule, capitalist rule is the rule of a tiny minority, based on the foundations of scarcity economy. The only way a minority has or can or ever did rule over the majority is by supplementing brute force with deception, lies and legends. What the capitalist sells is the product of our labour. And that’s where they get the money to hire more employees to build more plants. That’s where they get the money to live in palaces and swim in champagne. And all they return to the worker is enough to scrape along on. The chains of wage- slavery are worse than real chains in a way. Your hands work faster and pile up wealth faster for the boss when iron chains are not in the way. Only NEED chains us all. Only cringing poverty before mighty wealth of ONE individual. But it’s a powerful chain – for the BIG BOSS. We don’t all wear the exact same uniform of the chain-gang convict. But it doesn’t take long for dust and hard labour to do its work and make us all look alike – inside and out.


When we take over the industries, our class, THE WORKING CLASS, will rule. Then we’ll have real democracy, workers’ social democracy. We working people will be running things in the interests of our communities and society. There will be no presidents or dictators in our system, for the simple reason that we’ll be constantly getting better leaders to take care of the interests of those who will then PROFIT from the power – the WORKING PEOPLE themselves. When we working people take over production, we’ll have some real rights for the first time in history. The main thing we’ll do is make more than enough for all to live a comfortable life. The fear of want and penury will be gone. We’ll make the work easier by using the many inventions that capitalists buy up and bury. And we’ll encourage far more inventions from people who can hold up their heads for the first time and look their machine and the whole factory over from top to bottom. Instead of us all being one tired-out bunch, drab, grey, and regimented by the power of capital, we’ll BE individuals. Things are going to be different. We’re going to be working for ourselves, not as sweated slaves for a few lousy bucks, but as people working for other working people instead of for profits. Making the things our family and neighbours want – and making them in far greater amounts than the fattest capitalists ever dreamed of. 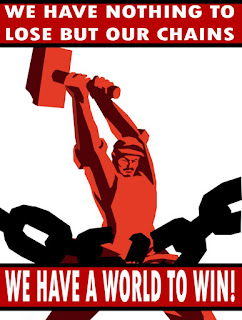 “Who’s going to do the dirty work under socialism?” is one question that is just thoughtlessly echoing boss-class, people who never have dirtied their hands in their lives.  If we stop to think a second we’d say “Who does the dirty work under capitalism?...THE WHOLE WORKING CLASS.” The only dirty work will be the job of cleansing all the filth the capitalists have left behind – like clearing up the waste from their environmental destruction. Our new society will have no need of pollution or war. It will have every need for strong, healthy, happy human beings and every reason to help them to be so. Our workers’ society will spare no expense to make all jobs safe and clean. With socialism, no one is going to do the dirty work.