The Battle for Socialist Ideas 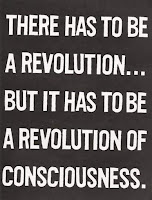 Why do babies starve


When there’s enough food to feed the world?


Why when there’s so many of us


Are there people still alone?


Capitalism is based on the ownership and control of the earth's resources by a minority class. The owners permit the production of wealth only so far as it can be sold in the market for a profit. Wars are begun by governments in furtherance of the bosses' interests. Trade routes, strategic regions on the map, areas for market expansion and those rich in mineral deposits are the reasons behind war. No workers' interests are ever at stake in their masters’ struggles. In a society where nearly everything is for sale and virtually nothing is produced or provided without an eye to profit, it would be naive to expect sport to be in any way different. Capitalism, after all, is not about meeting the interests of the person in the street. The reforms of the past have eased some of the misery at the margins of poverty while allowing the system of exploitation to function intact.


Whether the profit system is run by parties like the Conservatives, which is avowedly capitalist, or the Labour Party which is allegedly "for the workers" makes little difference. It will operate the only way it can — by producing wealth for sale and profit and not for human need. It will be a society in which the wealth producers live in relative poverty while the socially parasitic wealth owners live in luxury. It will be a society of wage-slavery for the majority. It will be a society ridden with competitive anxiety and beset with the insecurities of employment and the persistent threat of war. These are symptoms of a social system. They are as irremovable from the profit system as are death and injury from warfare. Capitalists get rich by employing workers. A society of money, banks and title deeds is a society of prison cells and homeless people.  When a majority decide democratically to put an end to class rule we then can we establish real civilisation. Socialism will be what those who establish it want; today, we can do no more than put forward ideas.


With each day that passes class conflict becomes more acute. It is a battle of values and ideas, of what kind of society we want to live in. Rational, open debate is being crushed by intolerance fuelled by hatred. Economic failure, environmental vandalism and social injustice have caused widespread discontent and anger among people in many countries, made more severe by policies of austerity. Among the 38 members of the wealthy OECD nations it is said that 50% of the population feel disenchanted with the political-economic conditions. While large numbers of people recognise change is needed and are calling for greater levels of cooperation between people and nations, others, equally great in numbers, blame external forces such as immigration, and retreat into a narrow form of nationalism, inflamed by politicians’ poisonous rhetoric who simply don’t care what effect they have. A huge increase in hate crimes against immigrants and other groups is one of the consequences. Such intolerance and hate flows from fear and ignorance, both of which are constantly agitated by misinformation. The xenophobic views are constantly reinforced by what they choose to read and watch and who they listen to. Alternative positions remain unheard, balance denied and a plethora of conspiracy theories believed. Altering our ways of social being carelessly in the name of some ideological shibboleth is likely to produce far more trouble than good.


This level of suspicion, prejudice and distrust makes discussion almost impossible, increasing divisions. Walls are erected, some of concrete but others are mental barriers. The polarisation has come about as a result of the resistance to fundamental change and an inability to respond to the demands of the times which has created great uncertainty. The longer change is resisted, and the ways of the past are perpetuated, the more intense insecurities will become. Political parties and the corporations they serve are firmly attached to the existing system and mode of living where concentrated wealth and power remain in the hands of a tiny percentage while trapped working class people are stuck in economic uncertainty and poverty. This is energising the right-wing which are working to maintain the status-quo. It is a toxic movement. The primary aims of the capitalist elite are to monopolise the world’s dwindling resources by whatever means necessary, usually by force, and to control all peoples’ and nations’ way of life and their conditions of life. The rich say the poor and the vulnerable get what they deserve. 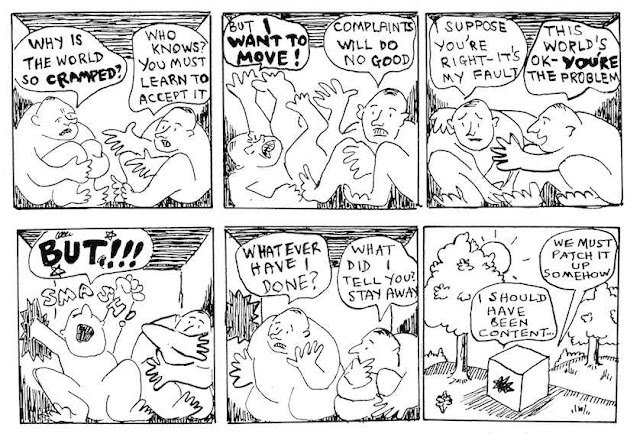