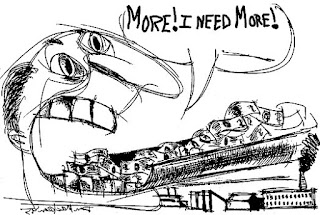 Even supposing that we had absolute equality of opportunity—which is impossible in a capitalist society—even supposing that no member of the ruling class could give money or shares or a better education to his children, and that while the Smiths and Browns provided the capitalists of this generation, the Joneses and the Robinsons provided the capitalists of the next (again, impossible, but let it pass) even supposing all this, we should have exactly the same society that we have now. So long as we have a capitalist society—part private and part state, like the Conservatives want, or a little-less-private and a little-more-state like the Labourites want—we will have the exploitation of the mass of people, the working class, by a small minority, the ruling class. To support capitalism while demanding equality of opportunity is like supporting burglary, provided everyone has an equal chance to become a burglar. Equality of opportunity in our present society simply means that each generation of capitalists would have different names from the last lot. But who in the world cares what they are called? To alter a familiar line, a sewer by any other name would smell as foul.


The Socialist Party refuses to lose sight of our own aim and object—socialism. Emotion is only a positive and constructive force when it is controlled and directed. When it is misdirected its effects are negative and pernicious. We do not put forward our diagnosis of society merely because it is right, but because in the conclusions we draw from it are the humanitarian assumptions of remedying the ills of extant society. We are keenly sensitive to social suffering, but we refuse in lieu of our own remedy to accept what we hold to be harmful soporifics based on a faulty diagnosis. In answer to this antagonism ridden, man divided, class divided, nation divided society, we proclaim the alternative, socialism, one world, one people.


The starting point of all capitalist operations is the investing of money. A glance at the prospectus of any company will make this evident. A long period of time, and complicated processes, may intervene between the original investing of the money and its final return, plus an increment; nevertheless, the increment was the object of the investment. The increment, or extra money, is the form taken by unpaid labour — surplus value. The cause of the production of this increment is the fact that the worker produces more in a given time than he receives for working during that time; in other words, he produces a surplus of value above the value of his means of subsistence. This surplus goes to the capitalist, as the worker receives on the average only a sum equal to his cost of subsistence.


Production of articles for sale with a view to profit is the basis upon which capitalism is built. Before this can become the rule, two essentials are requisite. First, wealth must be privately owned; and second, there must be a stock of free labourers on the market—free to be bought along with the other articles necessary for the production of wealth. The free labourer is a product of modern times. He is free in the sense that neither family nor territorial ties interfere with the sale of his labour power. He is also free in the sense that he may starve if he does not find a buyer for his labour power.


In the past, capital has appeared here and there, but only as the odd, the unusual element in production. Originally it appeared as lending money in the hands of usurers. It only became the social rule when a new type of worker appeared, who was bound by no feudal or other ties, and was free to sell his energy to whoever wished to buy. Capital is therefore bound up with wage slavery.


To sum the matter up: the existence of capital as the general condition of a society presupposes the existence of a class producing surplus value and a class appropriating it; a robbed and a robber class; a class producing wealth which it does not own, and a class owning wealth which it does not produce. With the introduction of socialism, the private ownership of wealth will cease to prevail; wealth will be produced for use and not for profit. Consequently, wealth wilt not function as capital. The conditions for the existence of capital having disappeared, capital will do likewise.


Capitalism continues the vicious conditions of life, whether unemployment, overwork, or the perversion of the most exquisite physical functions, have their origin deep in a system of life which we claim has outlived its usefulness. Our analysis of present-day society proclaims the workers the only useful class; when workers reach that consciousness, they will understand that their emancipation involves the emancipation of humanity irrespective of race or sex. Then women, like men, will become units in a class-free society; wherein the useful necessary tasks of that day, will be undertaken by all capable, with the object of securing the best physical and mental development possible. Socialism will assure a leisured and bountiful life to all, because, even with our present powers of production, unfettered by the restrictions of trade and profit, and used with the object of satisfying all our needs, with the minimum of effort, wealth could be produced to almost any quantity we might demand. As yet, we have but scratched nature’s skin; with socialism the basis of our social order will cease to be a private property one, giving way to common ownership and democratic control by the whole people. Individual ego can then be pursued through the communal welfare of all, as against the present wasteful competitive cut-throat methods of life. 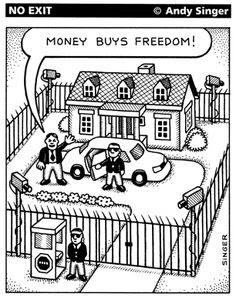