Join us in the Socialist Party 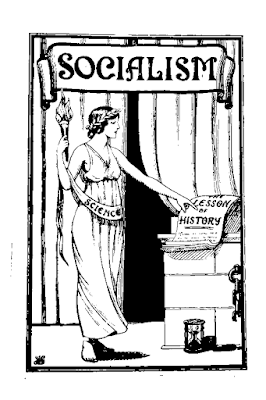 There are those who live in the dream world of a happy society of a peaceful, ever-progressing capitalism having lost the ability to think clearly and logically on what has happened in recent years and why. They blissfully and blindly continue to watch Fox News, content in their belief that they are the opposition to the globalist elite intent upon taking over and ruling the world. But if they were genuinely against the oligarchs and the plutocrats of Wall St, it would be impossible to explain why capitalists support them.

The spectre of system collapse is haunting the world. Bankers, bosses, politicians and economists talk about it but none of them know what to do. World capitalism is on the edge of an abyss and the ruling class is seeking a way out of the various crises by reversing all the hard-won gains of the working class who are left powerless and lacking any credible alternative to the politicians who betray them at every turn., yet still hoping against hope that an economic upswing will bring relief. The real solution to the impending disasters, the only real deterrent to the attack on working people by capitalism, is the socialist revolution because capitalists will yield minimal sops and reforms only out of fear of mass resistance that they cannot control. Capitalism has tried to strip us of our humanity and our longing for community. But it has not entirely succeeded. There is a road forward: the rediscovery of Marxism. If you want to learn the truth, if you want to fight the only battle worth fighting, for the socialist revolution – join us in the Socialist Party. Our socialism means a feeling of kindred toward all humanity, a wish to help those in misery and to find a way to make them happy and joyful.

Although world political and financial leaders may at times seem to be running scared, they are still running the world. The challenge for the workers' movement is to move beyond mass campaigning and demonstrating, in the propaganda war, which will all be necessary in the future. We need to try to stop capitalism in its tracks. In the final analysis, capitalism depends on workers for its continued development. Workers move the goods, build the factories, produce the goods and services of the system. If we cease to do so, we’re unlikely to see an army of sweating billionaire CEOs erecting the scaffolding, or slaving away on the production lines to keep their system working.