The future is ours 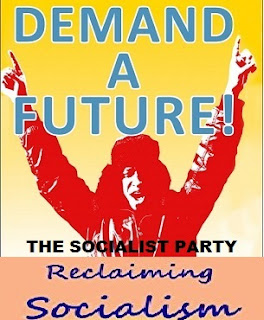 People on every continent have risen in resistance. Developments show in every way that the capitalist world system inevitably leads to crises and war. The goal – socialism and throughout the world – is a common one. And the need for consensus is great. The workers' movement in most countries is weak and involves a lack of “roots” within the our fellow workers. The has led to great discord, division and desolation. One might say that the situation of the working class is difficult. But the situation is not exclusively dark. We are capable of participation in active cooperation on different tasks of common interests. There is today an urgent need to strengthen workers solidarity across the borders. It will strengthen class struggle

Capitalism's enormous development of the powers of production, and an enormous technological revolution but under capitalist forms of production this development leads to ever deeper contradictions within the capitalist system, and between different states, and leads to enormous problems and suffering for the working class and the masses. No short-lived cyclical economic booms can stop this development. With socialism new labour saving technology could have led to a comprehensive liberation of human beings, and paved the ground for great social and political advances. It illustrates the need for an alternative future – socialism. The idea that reformism is radical and pro-working class movement is a myth. In fact, reformism is today one of the biggest barriers to the development of the forces of revolution. The tasks are so large reformism will not solve any of the fundamental problems.

We have recently seen many protests against the power of the corporations whether it is Monsanto, the oil companies, or the computer industry.

As long as the capitalist system remains unchallenged, why a corporation does what it does and the logic driving them is not questioned. Where the faults of the capitalists are attributed to “corporate greed” we are left with a moral argument of “good versus bad” corporations which encourages an assumption of capitalism’s potential to be kinder and gentler. The fight over pharmaceuticals, for example, is not just about monopoly pricing and mega-profits. It’s about private property rights (patents and intellectual ownership) and commodification—where access to essential medicines is not constituted as social rights, but as commodities bought and sold for profit. The corporations, as powerful as they are, are only vehicles for capitalists. In other words, they are a means to an end.

Anti-corporatism isn’t necessarily anti-capitalist. Small businesses tap into popular anger and resentment against corporations by pushing a populist agenda of breaking up monopolies and restoring competition and competitive pricing. Anti-corporate populism is based on the recognition that the capitalist system needs competition if it’s to be efficient, effective and constantly expanding. The end result is that while investors may suffer temporary losses from bad publicity that results in a fall in share-value and sometimes are obliged to restructure and reorganise their business empires, the capitalists are far from defeated. The protectors of capitalism recognise that unless anti-corporate populism is effectively contained and concessions are made, then there’s a real danger that discontent could escalate and actually transform into anti-capitalism. The Socialist Party seeks to engage in a struggle against capitalism itself and not restrict ourselves to attacking just specific corporations. The Socialist Party are not trust-busters, but system-breakers. 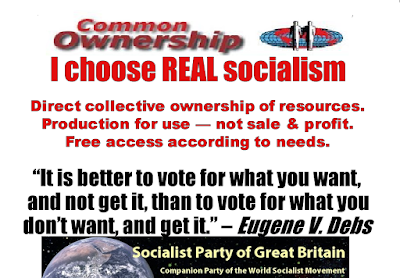