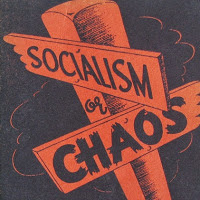 Socialism means a world without classes, without the exploitation master of wage-slave, without a production system operating for the purpose of producing profits for a few.

By eliminating private ownership of the means of producing the things of life socialism could end poverty, unemployment and war. The Socialist Party exposes the evils of capitalist society, its murderous exploitation of the workers, its utter hypocrisy, and the impoverishment of the masses and the enrichment of a small class of capitalists. Hired intellectuals of big business, professors and economists of every variety try to explain why capitalism is such a wonderful society and socialism an unattainable utopia. As the capitalist world system heads towards a terrible climate crisis the socialist goal of a new society. The Socialist Party aim for the overthrow of capitalism, and the building up of the socialist co-operative commonwealth.

The capitalist system is based on the private ownership of the instruments and means of production. Because the factories, mills, the land and minerals, the forests, the transport and communications, machines and other means of technology is the private property of a small handful of capitalists. Because the proletarians lack all this, it is why the capitalists can employ the proprtyless and the dispossessed to keep the factories and mills running—if they did not do that all their means of production would yield no profit. That is why the working people sell their labour power to the capitalists—if they did not, they would suffer deprivation and misery. Such is the basis of present-day capitalist society. Future society will be built on an entirely different foundations. The future will be socialist where there will be no classes, neither master or slave and, consequently, there will be no exploitation. In such a society people engaged collectively in the tasks of providing for the community. This means also that, with the abolition of exploitative commodity production, buying and selling will disappear and, there will be no more buyers and sellers of labour power and the end of wage-labour. There will be only free producers. It will be accompanied by the complete abolition of the private ownership of the instruments and means of production and the creation of common ownership of the wealth and resources of society. The main purpose of production in socialism will be to satisfy the needs of society and not to produce goods for sale in order to increase the profits of the capitalists. There will be no place for commodity production, struggle for profits, etc. Production will be socialistically organised and take into account the needs of society and will produce as much as society needs. There will be no room whether for socially wasteful production, competition, economic crises, or unemployment. Where there are no classes, where there are neither rich nor poor, there is no need for a state, there is no need either for political power, which oppresses the poor and protects the rich. Consequently, in socialist society there will be no need for the existence of political power.

If everybody receives according to his needs, we assume that the level of the productive forces of socialist society will be adequate for this. We presuppose an adequate development of productive forces and socialist consciousness among men and women, their socialist enlightenment. At the present time the development of productive forces is hindered by the existence of capitalist property relations, but if we bear in mind that this capitalist property will not exist in future society, it is self-evident that the productive forces will increase tenfold. Nor must it be forgotten that in future society the hundreds of socially unnecessary jobs, and also the unemployed, will work constructively and augment the ranks of the working people; and this will greatly stimulate the development of the productive forces. As regards human-nature's "savage" sentiments and opinions, these are not as eternal as some people imagine; there was a time, under primitive communism, when mankind did not recognise private property; there came a time, the time of individualistic production, when private property dominated the hearts and minds of humanity; a new time is coming, the time of socialist production—will it be surprising if the hearts and minds of men and women become imbued with socialist strivings.

Such is the picture of future socialist society 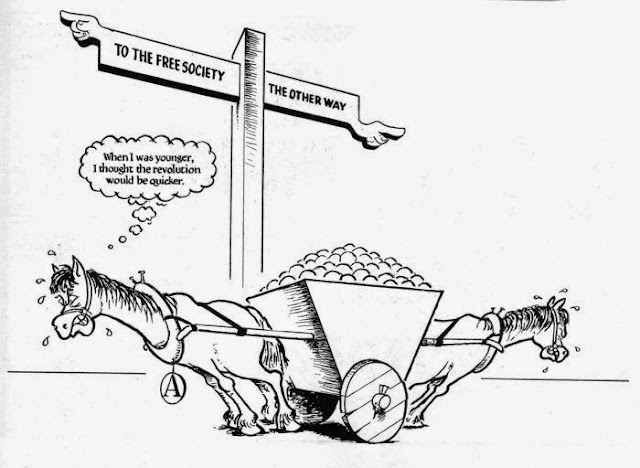