Time is not on our side, We are running out of time 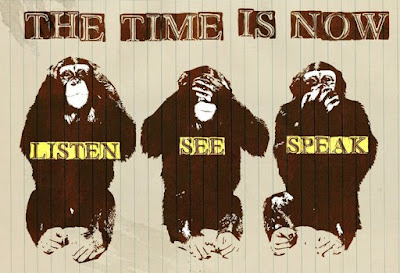 If the Glasgow climate conference fails to deliver, it could mark the end of the global approach to tackling the problem. Former UK minister Claire O'Neill has been tasked with presiding over COP26 and delivering an agreement acceptable to all. According to O'Neill, the president of COP26, the UK has "one shot" at making it a success. She told a BBC documentary that if Glasgow fails, people will question the whole UN approach.


In December, there was widespread dismay after countries failed to agree on more ambitious steps at the Madrid conference of the parties known as COP25.
The messy compromise in the Spanish capital has also left a raft of complex issues unresolved, including the use of carbon markets, plus the question of compensation for loss and damage suffered by poorer nations from storms and rising sea levels.
Underpinning the lack of progress in Madrid was the huge gap between big emitters such as Brazil, Australia, India, China and US and an alliance of countries wanting to go much faster including the European Union, small island states and vulnerable nations.
O'Neill says that Glasgow is the best, and perhaps last chance to make progress under the long drawn out UN process.
"I think we have one shot," she said, speaking to the BBC at the end of the Madrid conference in December. "I think if we don't have a successful outcome next year people will legitimately look at us and say 'what are you doing, is there a better way?'"
Scientists say that to keep the rise in global temperatures under 1.5C this century, a major upgrade is needed on the plans that countries are already applying to the problem. Delivering anything close to that type of deal in Glasgow will depend on a number of key meetings in the run up to COP26. One of the most important is the summit between the President of China, Xi Jinping and EU leaders in Leipzig in September.
If the EU can persuade China to put an ambitious new climate plan on the table, it will significantly improve the chances of success in Glasgow.
"For China to enhance it's climate targets or not will be primarily a political and diplomatic decision, and that is precisely why the European engagement at the diplomatic level will be critical for us to unlock further climate ambition from Beijing," said Li Shuo from Greenpeace China.
Rachel Kyte is now Dean of the Fletcher School at Tufts University, but was previously the World Bank's special envoy on climate change.
She believes that agreement in Glasgow will need the UK to help shift the narrative - that a new climate deal offers more opportunities for countries than challenges.
"This is completely within our means. Most of the technology we need, we have. Most of the finance we have, it's just sloshing around in the economy just really inefficiently purposed at the moment," she said. "Governments and leaders need to understand they will be rewarded for being on the right side of history and for taking the risk, and it is one worth taking." She went on to say, "It's an exciting future, it's cleaner, the air will be better - we'll have better jobs, it is not a sacrifice, it is something we owe ourselves."
Such optimism from a one-time employee of the World Bank, an institution which has a history of promising the developing and undeveloped countries economic miracles if only they exercised austerity and imposed stringent cuts on welfare and social services does not instil much confidence.
There is an old Scottish saying, "And wishes were horses, poor men wald ride." We have had decades of international conferences and global summits to implement known solutions to global warming and yet consensus escapes those politicians. Ever wonder why? The answer is we live under an economic system that is based upon commercial competition and national rivalries. The destructive anarchy of capitalism reinforces the divisions between nations.
Minqi Li , an Assistant Professor at the University of Utah once explained, “I think the underlying problem is that despite all the talk, rhetoric about effort to contribute to climate stabilization, and all of these governments primarily concerned with economic growth — or, in other words, capitalist accumulation — and so they are afraid of these climate stabilization effort will increase costs for capitalist accumulation, reducing capitalists' profit, and therefore they are not really making serious effort…since we right now still live in a capitalist system, unfortunately, the climate stabilization effort has taken place within this general framework of capitalism, which is therefore interacting with all of these profit motives. But since we have this system of profit motive, this effort to achieve climate stabilization probably will not succeed
And in relation to the hopes of China, she pointed out, "…right now the Chinese political power is in hands of bureaucratic capitalist elites, who basically only care about their own power and the profits. And, of course, under the pressure of public opinion, they need to make some gesture and they need to have some nice rhetoric, but that has not translated into really serious action.”

What is to be done about global warming and the greenhouse effect caused by our pumping carbon dioxide into the atmosphere? Capitalism is ransacking the environment, changing the climate, degrading land and ocean, extinguishing other species, producing and disseminating novel and toxic substances. Capitalism is polarising the planet, making some  fabulously wealthy while impoverishing so many others, seizing the best land and evicting small farmers and devastating rural communities, leaving destitution in the midst of plenty. The capitalists sacrifice the balance of nature for the sake of plunder.

The main point of the Socialist Party’s case is that because capitalism is the reason why we have climate change, then any attempt to halt it must be anti-capitalist and on that account, socialist. Because it’s a high-stakes issue, human survival itself,  socialism is required whose theory and prescriptions aim at undoing rather than reforming capitalism. A socialist society, in Marx’s words, is “the associated producers, rationally regulating their interchange with nature, bringing it under their common control, instead of being ruled by it as by the blind forces of nature”. This is the precondition for a sustainable planet. As he pointed out “a whole society, a nation, or even all simultaneously existing societies taken together, are not the owners of the globe. They are only its possessors, its usufructuaries, [beneficiaries] and, like boni patres familias [good heads of households], they must hand it down to succeeding generations in an improved condition.”

Blaming foreigners for capitalism’s evils is a sure way to divide the working class and lead it to defeat. The only guarantee is to replace capitalism with a world worthy of humanity and the rest of nature. The utter failure of world leaders to get action on climate change is rooted in an economic system that can only see the natural world as a source of materials for the production process, or land-fill for its waste.

A cooperative worldwide commonwealth would put an end to the unchecked power and authority exercised by both governments and corporate powers. New techniques of production, transportation and communication will facilitate a world in which the entire population could be participating in the creation of a benevolent, sharing society. 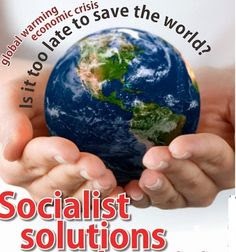