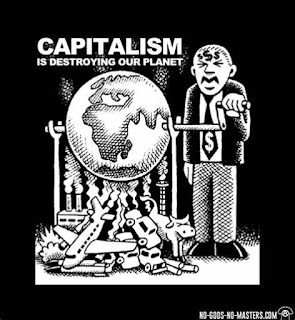 Extinction Rebellion protesters have blocked the entrances to Shell's Aberdeen headquarters. Extinction Rebellion also had its purple boat at the site. Activists arrived at the Altens base at about 06:30 and plan to remain at the site all day "to hold Shell to account". The group said the protest was part of its two-week long campaign targeting the fossil fuel industry. The protesters plan to walk through Aberdeen city centre, starting at the railway station at 13:00, then going via Union St and the harbour.
A statement from Extinction Rebellion Scotland said: "As Australia burns and Indonesia is flooded, with tens of thousands made homeless, the purple boat bears the words, "The Future You Fear Is Already Here", a reminder that catastrophic climate change is already under way across the planet, driven by Shell and the rest of the fossil fuel industry. Last week, as bushfires caused by climate change choked Australia, Shell celebrated the discovery of a huge new gas field off the coast of Western Australia."
The statement added that it was disrupting business as usual for Shell as it was "one of the top 10 carbon emitters in the world, and is projected to increase their output of oil and gas by 35% over the next 10 years".
One of the protesters, Michael, a 57-year-old management consultant, said: "Governments and corporations like Shell all agree that my children are facing a catastrophic climate and ecological collapse yet are doing next to nothing to prevent this. I'm here today because as a parent I am ultimately responsible for the safety of my children whether today, tomorrow or in 30 years time."
The Socialist Party has a great deal to say about the causes of climate change and it exposes the irreformable nature of capitalism.  What is to be done about climate change? The Socialist Party see the pressing need for a democratic,  transformation of society, and clear thinking about how this is to happen. It requires the linking of all the different resistances to one universal project of class emancipation so we can begin to build a socialist political struggle. Socialist politics is indispensable to any real struggle against the environmental crisis in how directly the crisis is related to the system of capitalist production. For many people, “capitalism” may be something eternal and of course, we’re not supposed to question capitalism, and this is why it’s off the table at every UN Climate Change Conference despite its direct effects on the environment, due to its inescapable drive towards growth.
Capitalism is an economic and social system in which the means of production are privately owned. The owning employing class appropriate the surplus product created by the workers. This appropriation leads to the accumulation of more capital, the amassing of wealth, further investment, and thus the expansion of capitalism. Commodities are produced for the purpose of generating profit and promoting accumulation. Within the capitalist system, individuals pursue their self interests against competition and impersonal forces of the market. We must recognise the fact that global capitalism is driving the climate crisis. Capital is relentless. Any attempts to solve the environmental crisis head-on, without addressing the systemic structural causes, will ultimately fail.  To halt climate change means defeating the capitalist class and its political representatives. It will require a mass movement to capture political power and to take hold of the means of production out of the hands of the capitalists. We are talking about a socialist revolution. 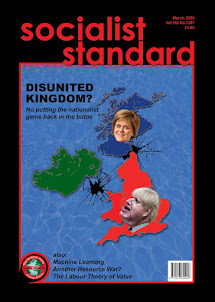