The Ascent of Mankind 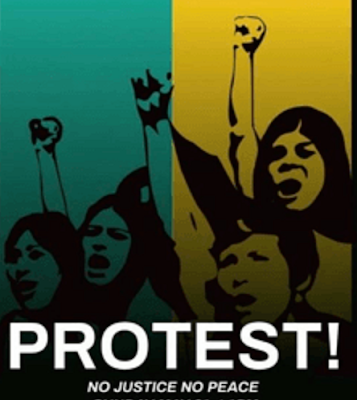 The establishment of socialism will mean the ascent of humanity from the kingdom of necessity to the kingdom of freedom. The fact is that with socialism, social forces will be under mankind’s control to an extent never previously reached, and further, that this would be the inevitable result of the development of society, as the dissolution of capitalist society is mainly a question of time, plus the action and interaction of social forces in their entirety. The socialist philosophy of life is born by the knowledge that capitalism can never be made to function in the interest of those who produce the means of living, or even of making the essential needs of social life its primary concern.

Society to-day may have an orderly appearance, but the chaotic character of its foundations produces effects that are constantly felt. One might take it for granted that the needs of society as a whole would be the first concern, but ,this is not so in class society. Were it really so, the trash that passes under the name of human requirements would never be placed at our disposal. At the very basis of this social system, in the course of the production and distribution of its wealth, there exists, despite the social form which production takes, a considerable degree of anarchy. It is not for its usefulness that production takes place but for the capacity to bring profit to the capitalists. No profit, or prospect of profit, then no production is permissible. Businesses in capitalist society cannot be run without profit. As workers, we know our exploitation is the source from which profit is derived, and hence is inseparable from capital’s existence.


What, then, of the future of human society? Are we to relapse into a state akin to barbarism, which some fear? or is society to move forward along the path marked out for it by the laws of social development?

The Socialist Party declares for the latter course, not merely on the ground of the wish being father to the thought, but because, as indicated above, history shows that when any given form of society reaches a stage where further development is hampered, those whose interest it is to take the step for advancement, invariably do so; even though the immediate consequences of the act may serve as a deterrent. It is demonstrably clear that capitalism has outgrown its usefulness to humanity, and stands as a barrier to social advancement. How this increasingly affects certain sections of the capitalist class itself, causing them to cry out for world organisation, the cancellation of debts, and the thousand and one other nostrums now proposed for the rehabilitation of capitalism, is no concern of ours or the working class in general.

Our only concern is the overthrow of capitalism and the establishment of socialism. Our fellow-workers are denied the possibility of enjoying the fruits of their labour, as they are hampered in sharing the real benefits bequeathed to society by all past history. It is they whom social laws have selected to bring the next stage in the development of society.

There is one difference between the ancient and modern slaves. To-day the slaves has a political status. They vote their masters into power who in their turn are compelled to solicit workers’ votes, to obtain the mandate and sanction to govern, because the workers are in a majority over the masters. This being the case, it is easy to see that once the workers realise that capitalist candidates are seeking power for their own ends, and that questions of taxation are purely capitalist questions; they can themselves organise and exercise their voting power purely in working-class interests as opposed to all sections and parties of the capitalist class.

This is the first step towards the emancipation of the working class and the establishment of a system of society where the means of wealth production will be owned in common and democratically controlled by the whole of the people. By educated, conscious and organised action the workers of the world will thus break up the last, most efficient, and brutal form of slavery that has ever flourished, and replace it with a system where production will be arranged according to the needs of all. Where no class will rule because classes will cease to exist, and where the producers of wealth will neither be chattels bought and sold nor the owners of labour-power which they must sell in order to live, but free men and women associating and organising to satisfy their needs with the least possible expenditure of effort, that they may have leisure for the enjoyment of a fuller life.