The Evil of Capitalism 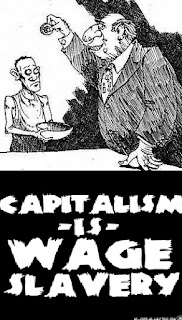 Armament manufacture and wars, unemployment and poverty are only features of capitalism. They should not be isolated, and efforts concentrated on their abolition, because that is impossible while the system lasts.

The Socialist Party does not pick out one or two disagreeable things which exist, and concentrate all his energies in "demanding " of those who are responsible for their existence that they shall forthwith abolish them, for that would be foolish. While the Labour Party is organising to "demand" changes within the capitalist system, the Socialist Party is organising to overthrow the system. There's the difference.


The abolition of poverty can only be accomplished when the workers understand that the material conditions for producing wealth as water flows from a tap are here; they will then march on direct to the goal, the possession of the political machine, and in the name of society convert the land, factories and tools from private into common property.

Millions of people all over the world are dying of starvation while food is used as fuel, millions of workers forced to starve in idleness because the land and tools required by them to produce the necessaries of life for themselves are owned by a small class who will only allow them to be used when profits come to them as a result. In a word, unspeakable poverty in the presence of means and methods that could satisfy every need, could flood the world with a cornucopia of abundance. There is no doubt whatever that all the people at present living could, by their own labour, satisfy all their wants, if it were not for the fact that the ruling class own the land and machinery of production and will not permit them to be used for that purpose, but only to obtain surplus value for themselves. Even if it were true, however, that population would increase beyond the means of subsistence inside socialism, that would be no excuse for prolonging capitalism with its wage-slavery, hunger, conflicts and many other evils. Capitalism is so obviously a system of robbery—robbery of the wealth producers by an idle class—that nothing could justify its continuance once it became generally understood that all these evils were due to the system and would cease to exist under a sane system where profits were no longer the only incentive to production.It requires very little knowledge of modern technology, to see that unemployment, poverty and war are the results of a system of production and distribution based on the class ownership of the means of life, and production for profits; and that a system based on common ownership of the means of life with associated production for use, would not only abolish these evils but would entirely eliminate the competitive struggle for existence, or supremacy, as we know it under capitalism.

Every system of the past is recognised by its class struggle ; feudal barons and serfs, slave owners and slaves, etc. ; to-day it is capitalists and wage-slaves. As all ruling-classes in the past have had to give way to the class below, who struggled against them, and as the working-class today is engaging ever more keenly in the struggle against the capitalist class, there is little doubt that the latter will share the same fate and that capitalism will give way to a new system more in harmony with the interests of the working-class.

The basis of society having then undergone the revolutionary change, that freedom which poets sing of will be possible; no man, woman or child will be patronised, for each man and woman capable of work will take his or her part in the social labours required by society's needs, and the fruits of those labours being owned by the whole of society must needs be distributed in conformity with that basis. When the working class understand the principles of Socialism they will take the necessary action to abolish capitalism with its attendant evils of poverty and canting humbug, removing once and for all the obstacle which stands in the way of equality liberty and fraternity. The evils of capitalism are quite plain to every man and woman who possesses average common sense. It needs no great scientific knowledge to see that these evils are due to the system; nor does it require super men with giant intellects to tell the workers that they can achieve socialism by first understanding it and then organising as a class to gain political control.

There is nothing in socialist principles or objects beyond the comprehension of the average worker; but what there is must be understood by them before they can become organised to establish it. 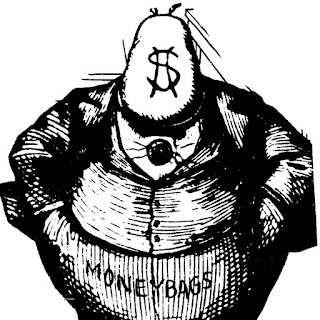