The Socialist Party and its Ideas 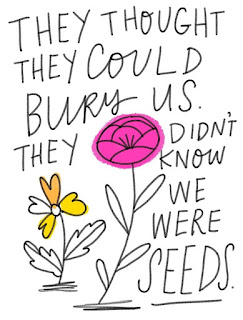 The Socialist Party is held together, not by a superimposed machinery of discipline, but by community of purpose. There is no eulogising of any party leaders, and denunciation of others: for the Socialist Party has no leaders at all. Leaders cannot arise in a party whose members subscribe to the one straight issue of socialism, based on a clear declaration of principles. For as each knows what is aimed at and what must be done to get it, there is no one to be led. It is an organisation whose consistency of action flows from its singleness of aim. The democratic organisation of the Socialist Party is not accidental, but is the result of its unique singleness of object and clarity of principles. Only a militant organisation of revolutionary socialists, an organisation democratically controlled at all times and on all matters by the membership, can accomplish the revolutionary act which shall abolish the class ownership of the means of living and establish the common ownership and democratic control of those means, in the interest of the whole community.

What, for example, is the meaning we are expected to give to the term “revolutionary spirit"? If it means a sound understanding of the social problem plus a determination to achieve a social revolution by the only possible means, the capture of political power, then an acceleration of the revolutionary spirit, sudden or otherwise, will lead to a strengthening of the Socialist Party.


Any attempt by a minority at an armed revolt against those who control the political machinery and the armed forces would be foredoomed to failure.

The Socialist Party would oppose it in its entirety any insurrection. The Socialist Party has no leaders and no followers, and would not therefore be offering to lead anyone anywhere. Being socialists and knowing that it can’t be done that way, it would naturally go on saying so. We can conceive of no better service to the workers than to tell them to beware of the silly sentimentalist or dangerous adventurists who advocates armed revolt and urges the workers to pit their unarmed defencelessness against the armed might of the capitalist State.

What can be done to abolish poverty? Is it possible to abolish it within the capitalist system? If the capitalist class give the unemployed an allowance sufficiently above starvation level to deter them from taking the risk of infringing capitalist laws, it might also deter them from taking the risk of working! Hence the tendency to limit unemployment payments. Wherever capitalism exists, the aim is to give the unemployed no more than is sufficient to keep them alive.

The poverty of the working class has its origin in the system of society itself. This system has its basis in the ownership by one class of the means of production—land, mines, and factories—and the production of goods solely for profit, the workers serving merely as instruments in the mode of production, to be cast on one side when they are no longer wanted. Therefore, to abolish poverty, the capitalist system itself must be abolished. It is to the interest of the workers to achieve this result. This they can only do by organisation within one party pledged to the overthrow of the capitalist system, and its replacement by a system of society based upon the common ownership and democratic control of the means of production. Such is the Socialist Party , and we invite all those who agree with us to join with us in this cause.


The Marxian analysis of capitalist production lays bare the cause of all wars. The worker produces commodities of a far greater value than his wages enable him to buy back. Out of the struggle for this surplus comes the struggle for markets at home and abroad, and with the capitalist development of previously undeveloped countries. The struggle grows keener; finally the tension reaches breaking point, and war is declared.

War is, then, a quarrel between the various sections of the capitalist class over the disposal of the surplus wealth stolen from the workers in the course of their exploitation. It is, therefore, a quarrel in which the workers have no concern, and to end it they must remove the cause, i.e., the class ownership of the means of production. This they can do by organising to capture political power from the master class, and to establish a system of society based upon the common ownership and democratic control of the means of production—in short, socialism.