How to get socialism 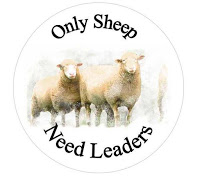 The Socialist Party has argued that it is possible to establish socialism by peaceful, democratic means, through the working class organising into a mass political movement and using existing elective institutions, imperfect as they are from the standpoint of pure democracy. Our view has often been criticised by people who argue that "no ruling class has ever given up power peacefully" and that "the capitalist class will never let the workers use elections to dislodge them but would refuse to accept a socialist electoral victory".

We have answered our critics that once the vast majority of wage and salary workers want socialism the game is up for the capitalist class and that, even if they refused to accept a socialist victory at the polls, this would not save them. Once a majority want socialism, nothing can stop them getting it since capitalism just could not continue in the face of a population which refused to accept the right of a minority to own and control the means of production and to exploit the rest of society. In other words, what is decisive is not so much the socialist electoral victory as the understanding and the determination to achieve socialism which this would reflect. In these circumstances the capitalist class would be compelled to surrender straightaway. If they were so foolish as to try to resist the clearly expressed will of the vast majority of the population they would find that their armed forces, composed of workers and inevitably penetrated by socialist ideas and so sympathetic to the movement for socialism, a broken reed in their hands. They would simply be swept aside.


1. The Materialist Conception of History does not regard political power as a mere "shadow" of economic power which must faithfully reflect, at every moment and any given time, economic (productive) conditions. It merely says that economic factors are in the end decisive. It is people that make history as the members of different social classes strive to protect and promote their class interests and. as Engels points out in the chapter of Anti-Duhring to which Sam Brandon refers, political power can be used to work either with or against the trend of economic development:
“…after the political force has made itself independent in relation to society, and has transformed itself from its servant into its master, it can work in two different directions. Either it works in the sense and in the direction of the natural economic development, in which case no conflict arises between them, the economic development being accelerated. Or it works against economic development, in which case, as a rule, with but few exceptions, force succumbs to it.”

In other words, although economic factors win out in the end. political power can accelerate or retard this. This is why, as Marx and Engels noted in the Communist Manifesto, "every class struggle is a political struggle". Who controls political power is important for the actual course of any class struggle because such control can allow a class whose social position has been increased as a result of a change in productive conditions to speed up the reshaping of society in its interest — but, equally, it can allow a class that has become economically weak or redundant to prolong, for a longer or shorter period, its privileged position in society. In this latter case it can be legitimately said that the ruling class in question only dominates society because it controls political power, even if it originally came into possession of this power through having played a key role in an earlier stage of economic development. Incidentally, we never said that the capitalist class had lost "their original economic power entirely as a result of the fact that they possess political power". What we said was that they now have economic power, despite the disappearance of their original economic role in production, entirely because they possess political power.

Which is not at all the same thing.

Far from such a situation being in conflict with the Materialist Conception of History, it is one which the MCH, with its theory of class struggles as the motor of history, implies must inevitably occur from time to time:
“While it is true that in the long run the social system is determined by the stage of development of the means of producing wealth, the social system and this stage of development may, nevertheless, at a given period be totally out of harmony. Indeed, at recurring periods it must be, at least so long as society is divided into classes. The reason is that while the development of the means of production is not under control, the social system, within certain limits, is. The industrial development, which men cannot arrest, is ever shifting the social centre of gravity. Thus, at one time, whoever controlled the land controlled society. As industry developed, however, the implements and machinery became of greater importance. This change of values brought another class to the surface — the owners of the factories, machinery and raw materials. But the industrial development which brought to light this new class did not arrange a social system under which they could reach their highest pinnacle of power. It gave them strength by altering the relative importance of the sources of wealth; it prepared the way for a social change by making the stage of development of industry out of harmony with the social base, but the actual work of bringing the social base into line with the method of production was left to the initiative of the factory owning class whose interest demanded it. And at the same time the old ruling class, whose interest lay in maintaining the system under which they were paramount, opposed the attack on that system to the utmost” (The Socialist Party. Its Principles and Policy).

Our contention is that society is now again in such a period where the development of industry is out of harmony with the social base. As we explained in our last reply, the development of the means of production has made the capitalist class economically redundant and socially useless. It is now only their control of political power, reflecting the absence of socialist political consciousness on the part of the workers who now run society from top to bottom, that enables them to continue to control production. It is therefore vitally necessary that, before attempting to reorganise society on a new social base corresponding to the changed productive conditions, the working class should organise into a political party with a view to depriving the capitalist class of their political, and so economic and social, control. At the same time they should also organise themselves with a view to keeping production going when once the capitalist class has been deprived of political control.

2. That the working class should organise economically as well as politically for socialism has always been our position:
“…the Socialist Party never asserted that Socialist society would result from the actions of parliamentary delegates alone. It is completely illogical to imagine that Socialist understanding could grow to the point of political victory without simultaneously resulting in a growth of understanding and hence organisation to prepare for the taking over of industry. The Socialist Party in fact knows well that organisation is necessary for the running of industry in the new-born Socialist society. It holds also that a sizeable spread of political clear-sightedness will lead to the growth of such organisations, for when many workers want socialism they will begin to organise and plan for the rebuilding of society prior to the capture of political power (Socialist Standard, May 1966).
. . . the trade unions must inevitably accept the Socialist theory as the logical outcome of their own existence, and as such will provide the basis of the economic organisation of the working class to manipulate the means and instruments of wealth production when the capitalist class have first been dislodged from political power. The essential conditions for obtaining Socialism must never be underestimated. At the very moment that the workers have gained control of the State machine provision must be made simultaneously for the economic requirements of the community” (Socialist Standard, November 1937).

Our disagreement with Daniel De Leon (an American socialist who had some influence on those who founded the Socialist Party, taking up the same basic position as we do on the ballot box and reforms, for instance) was not over his advocacy of both political and economic organisation for socialism but over other aspects of this question. He was in favour of the immediate setting up of a socialist economic organisation to rival the existing "pure and simple” trade unions. We saw no point in this since such an organisation would either be as small as the socialist political organisation and so ineffective against employers or, to be effective, would have to accept non-socialists and so come to be no different from ordinary unions; in which case why not join the existing unions and work within them? These will inevitably become socialist when more and more workers come to embrace the socialist position.

We also rejected De Leon's blueprint for a socialist industrial union administration, making the industrial union the basic unit of future society would be to carry over into socialism the sectional divisions imposed on workers under capitalism.

3. We do not see how saying that "it is absurd to imagine that all the workers need to do to achieve socialism is to vote for it" constitutes an amendment to the statement that socialism should be established 'through the working class organising into a mass political movement and using existing elective institutions". The two statements are not contradictory. Far from it. Organising into a political movement itself involves much more than simply putting a cross on a ballot paper and then expecting the person you voted for to act on your behalf. Given the nature of socialism as a democratic society based on voluntary co-operation, workers must play an active role in its establishment; they must participate in the mass socialist political party, both to mandate and control its delegates and because unity is strength on the political as well as on the industrial field This active participation in the struggle for socialism is precisely what we mean in our Declaration of Principles when we talk about workers organising "consciously and politically". Socialism cannot be established by workers merely voting for political delegates and then leaving them to get on with the job; it can only be established by workers themselves consciously participating in the political movement for socialism.

4. Finally, how should the workers react if the capitalist minority refuse to accept the democratically-expressed will for socialism? This would be up to them to decide, through their political and economic organisations, in the light of the exact circumstances. A number of possibilities would be open to them. If the capitalist minority were to resort to violence and sabotage to try to impede the establishment of socialism then the socialist majority, through its political control of the state could use force if necessary to deal with them. If, on the other hand, the last capitalist government were to attempt a coup d'etat and refuse to release the reins of power, they would rapidly discover that they had taken the shadow for the substance. The armed forces, being composed of workers who would also have been affected by socialist ideas, would refuse to obey them and might even turn on them. Mass demonstrations and strikes would break out. In the end the capitalist class, or those acting in its name, would be compelled to surrender since, as we have been saying all along, no government enjoying only minority support (and the last capitalist government would enjoy only minimal support) can survive in the face of the active opposition of the majority (which, in the case of the establishment of socialism, would be the immense majority) of the population.