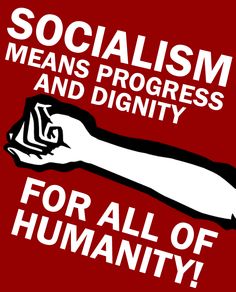 The capitalist class has shown itself unfit to rule because it cannot even feed its wage slaves! This truth workers in the undeveloped and developing countries are feeling in the pit of their stomachs; American and European workers as yet still have a few more crumbs from the capitalists’ tables. Our world is rich in natural resources, in the skills of its peoples, and in the capacity to produce everything necessary for a good life for all. Our world could be a paradise. But our planet is not a paradise for the people. On the contrary. People are starving. Wars are raging. We face a climate emergency. Who and what is responsible? It is the capitalists. For a lasting solution of all these problems, it is necessary to end capitalism altogether and to replace it by a new system of society in which the working people rule. The causes of the present situation is the fundamental cause of all the sufferings and tribulations of the people, namely, that production is for and by capitalists for their profit and interests. What is wrong is the way society is organised, the “system of society” which prevails. the main features of this society is it is divided into rich and poor—a tiny handful of rich who need to do no work, and the overwhelming majority who work their whole lives. The immense majority of the people own nothing (in the sense that they can live on what they own) but their power to work.

It is a system of exploitation.

Capitalism is a system in which the means for producing the wealth (the land, the mines, factories, transportation, etc.) are in private hands. A tiny handful of people own these “means of production” as they are called. By exploitation we mean living off the labour of other people. There have been previous forms of exploitation. In slave society, the slave-owners lived off the labour of the slaves who were their property. In feudal society, the feudal lords lived off the forced labour of the serfs. In capitalist society the worker is neither a slave nor yet a serf, i.e. forced to do free, unpaid labour for a master. But he is exploited just the same, even though the form of this exploitation is not so open and clear as was the case with the slaves and the serfs.

The essence of exploitation under capitalism consists in this — that the workers, when set to work with raw materials and machinery, produce far more in values than what is paid out by the capitalists in wages. In short, they produce a surplus which is taken by the capitalists and for which they are not paid. Thus they are robbed of the values they produce. This is the source of capitalist profit. It is on this surplus, produced by the workers, that the capitalist lives in riches and luxury. Capitalism is a system in which the means for producing wealth are owned by a few who live by exploiting the workers, i.e. by robbing them of the values they produce over and above the value of their wages. So long as capitalism continues to exist crises are inevitable. It is impossible to plan continuous unbroken production in the interests of the people under capitalism. Only socialism makes crisis-free production possible.

Capitalism is a system in which there are different classes—exploiters and exploited, rich and poor. The interests of these two classes are clearly opposed. The exploiters try to increase the exploitation of the workers as much as possible in order to increase their profits. The exploited try to limit this exploitation, and to get back as much of the wealth as possible of which they have been robbed.

This is one aspect of the class struggle which arises inevitably out of the whole character of capitalism as a class system based on exploitation.

The ending of the exploitation, the cruelty and injustice caused by class society in its various forms, has long been the dream of men. It found expression in the teachings of the early Christians, in the writings of men like John Ball, Robert Owen, the Levellers and the Diggers, as well as the Chartists. So long as modern, large-scale production did not exist, socialism would remain only a dream. It was capitalism, in the search for greater profits, which mastered natural forces expanded the production of goods on an enormous scale, united the scattered, individual production of workers into highly developed, large-scale factory production, thus establishing the basis on which socialism can be built.

But capitalism by itself does not “evolve” into socialism. It has to be transformed into socialism by the conscious action and struggle of men. Capitalism creates the living social force which, by its very position in capitalist society, is compelled to change capitalism into socialism. This force is the working class and its allies. The age-long dream of the thinkers and the fighters of the past can only be transformed into reality when the working class wages the struggle to take political and economic power from the capitalist class and, having succeeded in this, sets about building a socialist society. 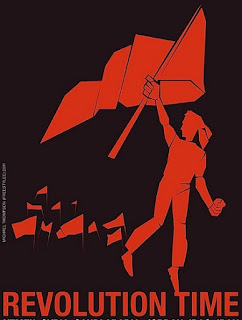