The Socialist Party Isn't The Same 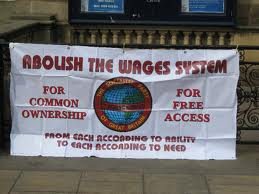 The leaders of the political parties, in order to obtain the confidence and support of the voters —without which they cannot obtain seats in the House of Commons and other comfortable positions — have to satisfy them that they understand social problems, and possess the ability to cope with them. This, in itself, is not difficult, because working people, surrounded by capitalist institutions and taught capitalist ideals from childhood, have not yet, in any considerable numbers, questioned the basis of the system under which they live. They accept in blind faith the assertion that there must always be rich and poor, rulers and ruled, if there is to be any sort of order. The result is that, although the workers recognise the social evils from which they suffer, they are easily persuaded that those evils can be removed by legislation.


Ignorant of the conflicting interests between capitalists and workers, they believe that when due representation is made to Parliament legislators will, acting with fairness and impartiality, take steps to deal with those evils. People are all the more readily believes this fiction because the exploitation which he or she suffers from, and has suffered from for so many generations, has reduced them, both mentally and physically, to a condition of abject apathy.

This is the mistaken belief that leads the workers to support reformers. The leaders of the parties do their utmost to foster this belief, because it increases the security of their positions. But those on the left-wing go further than this, for they assert that the reforms they advocate, besides improving the conditions of the working class now, lead gradually toward socialism. Yet class ownership of the means of life would still persist as the basis of the system, and the working class still retain their wage-slave status. Wealth still would be produced for profit, and unemployment still be necessary in order that the price of labour-power might be kept at or about the cost of living — the difference between the cost of living and the total wealth produced being the extent to which the workers are robbed.

The constitutional form of government depends for its authority upon the support it receives from those it governs over. The more workers that support capitalist parties, the firmer and more stable is the capitalist rule.

Practical politics for the working class mean to organise for control of the political machine, in order to take possession of the means of life. The Government will introduce reforms fast enough when they are threatened with such an organisation. They have not yet commenced to throw any real sops or palliatives to the working class. When they do commence their concessions should be treated with contempt, for they cannot be anything else than paltry in comparison with the object the workers have in view.

Politicians deny that the interests of the workers and those of the capitalists are in conflict. To them working-class revolution is impossible: from their standpoint, therefore, socialism, too, is impossible. Like Christianity they mouth the "brotherhood of man " and denounce class hatred, posing all the while as mediators reconciling conflicting interests—regardless of the fact that reconciliation means submission for the workers. Socialism is always impossible  because to confess otherwise prevents a career politician’s personal ambitions from being realised. Seats in the House of Commons and other comfortable jobs are not offered to socialist advocates and agitators. The only  propaganda permitted is capitalist propaganda.

The working class can only achieve their emancipation when they understand socialist principles, and are determined to follow those principles to their conclusion. But they have first to learn, and the real Impossiblists are those politicians who would teach them something else. A socialist must not only be one who understands socialism but must be one who wants socialism, whose political activities, be they great or small, are consistent with the understanding of what socialism is, and with the desire for its speedy achievement. A political party is a group of people organised to achieve a certain object or objects. The duty of its representatives is simply to act as its agents. If they are sent to Parliament it is not to vote according to one's conscience, but according to the will and instruction of those who sent them there. There is but one such political party in this country; there is but one party so grounded in democracy that its candidates are but the mouth-pieces and representatives of vital socialist principles. That party is the Socialist Party, whose members are all agreed upon the overthrow of the master class and the collective control of industry by the workers, that is to say, the social revolution. 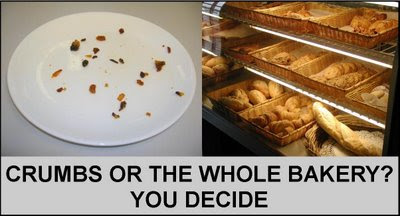