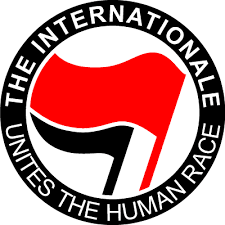 The Socialist Party does not defer to the divine intervention of a deity for solutions to the problems of the world. It recognises the fact that social ills are of human creation and must be cured by human effort. It is an impossibility for any capitalist party to offer any practicable solution for our ills because those ills are the inevitable and perfectly natural outgrowth of the wage system which all parties alike are pledged to support and defend.

Logic points inexorably everywhere to the socialist reorganisation of society. It arises as an imperative necessity. Marxist writings are a treasure trove of information and can provide real direction to socialists. The proletariat is the only social class that, through its social conditions, is capable of creating a planned economy and emancipated society, a “society of associated producers,” as Marx put it. For Marx, the working class alone has the capacity to free the new society that lies, waiting to be built, within the present chaotic and divided world of capitalism. No one need starve in a world where food surpluses are produced every year. No one need be homeless, or tortured, or bossed about by bureaucrats or ‘top elites’. In Marx’s view it is the job of socialists to spread these ideas. That the objective conditions for world socialism have existed at least since the turn of the 20th Century does not lead to an automatic or inevitable victory of world socialism. The decline of capitalism could result not in the emergence of world socialism but instead in barbarism.

What causes war?  We begin from these fundamental propositions:

1. Modern wars are part and parcel of the capitalist system.

2. Capitalist economy must continually expand or the nation suffers from depression, unemployment and internal revolt.

3. Each capitalist nation is continually driven to seek new markets, new sources of raw materials and new areas for investment.

4. The capitalist need to expand continually makes of each industrially developed power an imperialist aggressor – whether it is China or Britain, Russia or the United States.

5. There can be no end to war without an end to capitalism.

The Socialist Party’s basic idea is the complete and permanent emancipation of labour all over the world. The Socialist Party is the political expression of what is known as “the class struggle.” This struggle is an economic fact as old as history itself, but it has become a conscious and well-organised political fact. As long as this struggle was confined to its economic aspect the ruling classes had nothing to fear, as, being in control of all the means and agencies of government, they were always able to use their power effectively to suppress uprisings either of chattel slaves, feudal serfs, or free-born and politically equal capitalist wage-workers. But now that the struggle has definitely entered the political field it assumes for the present ruling class a new and sinister aspect. With the whole power of the State in possession of the working class by virtue of its victory at the polls, the death knell of capitalist private property and wage slavery is sounded. It does not mean that the workers and capitalists will merely change places, as many undoubtedly still believe. It means the inauguration of an entirely new social system  in which the exploitation of man by man will have no place. It means the establishment of a new economic motive for production and distribution. Instead of profit being the ruling motive of industry, as at present, all production and distribution will be for use. As a consequence, the class struggle and economic class antagonisms as we now know them will entirely disappear.

The struggle for working-class emancipation, which finds its expression through the Socialist Party, must continue and will increase in intensity until either the ruling class completely subjugates the working class, or until the working class entirely absorbs the capitalist class. There is no middle ground possible, and it is this fact that makes ludicrous those sporadic reform movements typified by the populist and nationalist parties. But the subjugation of the working class is out of the question. Intelligence has gone too far for that; it is the capitalist class that is doomed. Hence the only possible outcome of the present struggle is a victory for the working class. When the Socialist Party has accomplished its mission of uniting the workers of the world the end of capitalist domination is at hand.