Capitalism is a crime against humanity 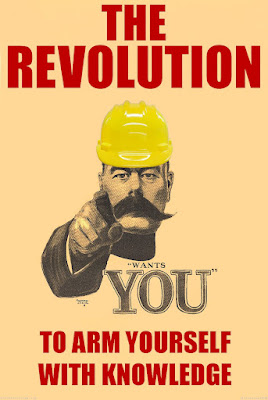 The whole world is now chained to the capitalist system. The immediate aim of the socialist movement is to overthrow the capitalist class and the creation of a class-free and state-free society in which the guiding principle will be ’From each according to ability, to each according to need’. As the Communist Manifesto explains “In place of the old bourgeois society, with its classes and class antagonisms, we shall have an association, in which the free development of each is the condition for the free development of all.” Capitalism is deeply concerned that the workers do not get this message that the capitalists and their governments cannot cure their problems. The old tricks and slogans  are no longer potent. Pessimism and confusion begin to appear. As the capitalists intensify their drive against the workers’ standards of living, they at the same time increase their propaganda about the impending return of prosperity. The burden of their song is that this is “just another crisis,” that the crises of the past have been overcome and have been followed by “prosperity,” and that the same thing must happen again. The cultivation of such prosperity illusions is one of the principal methods of the capitalists to break the resistance of the workers against wage-cuts and labour intensification

The revolution will be won not with guns, but with words, with argument and persuasion. The capitalist system, with its mounting economic misery, exploitation, racism, war and religious terrorism is already full of violence. Working people suffering under the burdens of recurring and multiple crises, are discontented and want to find a way out of their intolerable situation. Wholesale poverty and hunger  is the order of the day across much of the world. The capitalists who have callously imposed austerity policies upon our fellow workers have, however, been very carefully looked after their own interests. The capitalists waste the gigantic booty in their possession luxurious living, by the creation of hordes of parasitic occupations, by an immense military  to plunder and pillage others,  leaving much of the planet’s population to actually starve and die for want of the barest necessities of life.

The fundamental weaknesses of the foundations of capitalism hastens  the socialist revolution. The basic contradiction of capitalism, the source of all its weakness and of its final dissolution, is found in the fact that this system does not carry on production for the benefit of society as a whole but for the profit of a relatively small owning class. The great industries by which society must live are owned by private individuals who ruthlessly exploit the people who work in these industries. Under capitalism production is regulated not by the needs of the people  but by whether or not the capitalist class can make a profit by such production; commodities are not produced primarily for use, but for profit. The system of private ownership and production for profit generates the whole series of contradictions and conflicts—economic, political and social—which torment present day society, causing disruption in the economic life and violent struggles between individual capitalists, between social classes and between capitalist states. Under capitalism there is and can be no general plan of production to fit social needs. Capitalist production is anarchic. The innumerable individual capitalists and companies, ruthlessly exploiting the toiling masses, produce whatever they think they can sell by dint of sharp competition with each other.

War is inevitable under the capitalist system.  The capitalist consciously use war as a weapon for furthering their interests just as they do tariffs and free-trade. Frequently, they hide their war plans behind a mask of peace-keeping and humanitarian intervention. They cold-bloodedly send many to slaughter in order to eliminate their competitors and to subjugate whole populations to their programmes of exploitation. Capitalists consider war as a necessary part of their business. Many  politicians believe that at this time a foreign war would do them a great deal more good than the risks of domestic insurrection and revolution. The world stands in the most imminent danger of shorrible blood baths. The whole capitalist system is a complicated diplomatic labyrinths of war alliances and antagonisms, bred of and stoked by economic rivalry.

The Socialist Party rejects the artificial national boundaries imposed by capitalism and the state to segregate and divide the workers into hostile camps. The nation-state is not a natural community. Nationalism, must not be confused with one’s love for the place and the people with whom one lives alongside. National self-determination is not synonymous with the freedom of individuals, groups communities and certainly not with social revolution. Minorities, struggling to escape the domination of central governments to establish states of their own, will only find themselves shackled by new rulers. The socialist alternative to nationalism is a state-free cooperative commonwealth of various peoples with all other peoples of the world