Socialism, the society of tomorrow 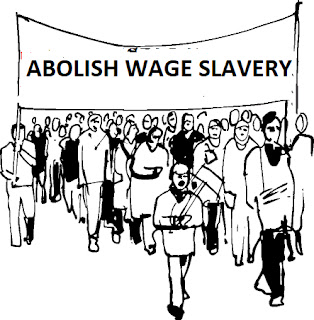 Supporters of the established order have little doubt about what the future holds for working people. Capitalism is here to stay—indefinitely. Socialism has little future. A socialist revolution is a pipe dream. Socialism is a Utopian fantasy without relevance. The Socialist Party holds to the contrary that socialism is the only progressive alternative to capitalism’s misrule. Socialism is both a liberating and realistic goal. Many disgusted with the intolerable evils of capitalism have exclaimed at one time or another: “There must be a better way of living” There is and there can be. That is the essential message presented by the Socialist Party.

World socialism operating with a planned economy under the democratic control of the working people could assure everyone of the basic necessities of food, healthcare, and housing and provide an increasing abundance of material benefits and cultural advantages that would radically transform the habits, customs, and relations of human beings for the better. Such a system would eradicate oppressive inequalities of all kinds and enhance individual opportunities and freedoms in a fraternal atmosphere of social solidarity. This vision of what a socialist future could achieve is in contrast to the capitalist way of life. Sooner or later, he affirmed, the slumbering giant of the labour movement will shake off its lethargy and go forward to fulfill its historical mission. On this hangs the future of humanity.

What will it be like after the revolution? How will socialism be organised? Socialist society is not anything immutable. Like all other social formations, it should be conceived in a state of constant flux and change. Its crucial difference from the present order consists naturally in production organised on the basis of common ownership of all means of production.

We believe that it should be our special aim to make socialists, by putting before the working-class the elementary truths of socialism, since we feel sure, in the first place, that there are comparatively few who understand what socialism is, or have had opportunities of arguing on the subject with those who have at least begun to understand it; and, in the second place, we are no less sure that before any definite Socialist action can be attempted, it must be backed up by a great body of intelligent opinion, people who know what they want, and are prepared to accept the responsibilities of self-governance. Socialism is the rule by the working people. They will decide how socialism is run.

When socialism comes it will not be through the back door nor in the darkness of night. It will come only when a socialist party, having won the confidence of the working class is able to convince the majority  that socialism, that is, the common ownership and operation of the means of production, has become necessary. Socialism is based upon the common ownership and democratic control of the means of production, upon production for use as against production for profit, upon the abolition of all classes, all class divisions, class privilege, class rule, upon the production of such abundance that the struggle for material needs is completely eliminated, so that humanity, at last freed from economic exploitation, from oppression, from any form of coercion by a state machine, can devote itself to its fullest intellectual and cultural development. Much can perhaps be added to this definition, but anything less you can call whatever you wish, but it will not be socialism.

Against this insane capitalist system, the Socialist Party raises its voice in emphatic protest and unqualified condemnation. It declares that if our society is to be rid of the host of economic, political and social ills that for so long have plagued it, the outmoded capitalist system of private ownership of the socially operated means of life and production for the profit of a few must be replaced by a new social order. That new social order must be organised on the same basis of social ownership and democratic management of all the instruments of social production, all means of distribution and all of the social services. It must be one in which production is carried on to satisfy human needs and wants. In short, it must be genuine socialism.

The Socialist  Party calls upon all who understand the critical nature of our times, and who may be increasingly aware that a basic change in our society is needed, to place themselves squarely on working-class principles. Join us in this effort to put an end to the existing class conflict and all its malevolent results by placing the land and the instruments of social production in the hands of the people as a collective body in a cooperative socialist society. Help us build a world in which everyone will enjoy the free exercise and full benefit of their individual faculties, multiplied by all the technological and other factors of modern civilisation.