Capitalism has stalled the evolution of society 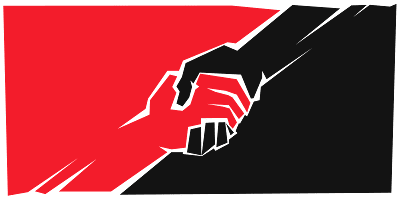 Capitalists declare that socialism destroys individualism. But when they speak of individualism they have in mind the right to freely exploit the workers. They mean that the anti-social individualism of capitalism will go. With socialism no one will have the right to exploit another; no longer will a profit-hungry employer be able to shut his factory gates and sentence thousands to deprivation; no more will it be possible for a little clique of capitalists and their political henchmen to plunge the world into a blood-bath of war.

Such deadly individualism is doomed. But the revolution will create in its stead a new and better development of the individual. The collectivist society of socialism, by freeing the masses from economic and political slavery will, for the first time in history, give the masses an opportunity to fully develop and express their personalities. Theirs will be an individuality growing out of and harmonising with the interests of all. It will not have the objective of one’s getting rich by robbing the toilers, but will develop itself in the direction of achievement in science, industrial technique, art, sports. The boast of capitalist apologists about the equal opportunity which their society affords, that it is a case of the survival of the fittest, is a tissue of lies. Such appeals to “human nature,” however, must be taken cautiously. By that method of reasoning it would be quite easy to conclude that the rich capitalist who heartlessly casts workers out of his shops penniless and gives no thought as to their future has quite a different “human nature” than the African hunter who, with a high sense of clan solidarity, before eating the kill, calls loudly in the four directions in case perchance there may be another hungry hunter nearby. Changed social conditions develop different “human natures.” Thus competition, a ruinous, anti-social thing under capitalism, becomes, under socialism, highly beneficent. Only socialism can provide equality of opportunity, which means a genuine occasion for the masses to enjoy life and to develop their latent personalities. In socialism the machine will be used on the broadest scale possible to produce the necessities of life in the great industries, transport systems and communication services. It would be the sheerest nonsense and quite impossible not to take advantage of every labour and time-saving device. But socialist society will also know how to develop the variegated and artistic. Where the creative impulses of the masses are not checked by poverty and slavery, where the arts and sciences are not hamstrung by the profit-making motive and where every assistance of the free community is given to the maximum cultivation of the intellectual and artistic powers of the masses—there we need have no fear that society will be robotised by the machine.

The overthrow of capitalism and the development of socialism will bring about the immediate or eventual solution to many great social problems. Some of these originate in capitalism, and others have plagued the human race for scores of centuries. Among them are war, religious superstition, famine, pestilence, crime, poverty, substance abuse, unemployment, race and national chauvinism, the suppression of women, and every form of slavery and exploitation of one class by another. Only a system of world socialism can fully uproot and destroy all these evils.

The objective conditions, in the shape of scientific knowledge and the means of creating material wealth, are already at hand in sufficient measure to do away with these menaces to humanity. But the trouble lies with the subjective factor, the capitalist order of society. Capitalism, based upon human exploitation, stands as the great barrier to social progress. Socialism, by abolishing the capitalist system, liquidates this subjective difficulty. It releases thereby productive forces strong enough to provide plenty for all and it destroys the whole accompanying capitalist baggage of cultivated ignorance, strife and misery. Socialism frees humanity from the stultifying effects of the present essentially animal struggle for existence and opens up before it new horizons of joys and tasks. The day is not so far distant when our children will look back with horror upon capitalism and marvel at how we tolerated it for so long.

Life in a socialist society will be varied and interesting. Individual will vie with individual, as never before, to create the useful and the beautiful. Locality will compete with locality in the beauty of their architecture. The impress of individuality and originality will be upon everything. The world will become a place well worth living in, and what is the most important, its joys will not be the niggardly monopoly of a privileged ruling class but the heritage of the great producing masses. Socialism will initiate changes more rapid and far-reaching than any in the whole experience of mankind. The hundreds of millions of workers and peasants, striking off their age-old chains of slavery, will construct a society of liberty and prosperity and intelligence. Socialism will inaugurate a new era for the human race, the building of a new world.