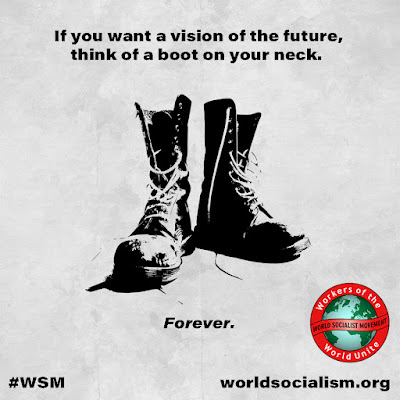 While everyone else is worrying about problems like the rising price of energy, sewage on the beaches, inflation and disruption to the rail service, the Socialist Party concentrates its attention on the only solution the prospect of a class-free, money-free world community.

As the media’s knives come out for Truss, Starmer is hailed as the new messiah, it seems always to escape the attention of most of the people that every period of Labour rule in this country has been notable for a bitter fight with the working class over wages. Workers who resisted wage restraint have always been castigated by Labour Party politicians as saboteurs of their policy plans.  Workers have always been foolish enough to think that another Labour government would handle the crises of capitalism better than the Tories. Union leaders such as Mick Lynch still hope for the return of a Starmer-led government in spite of all the recent experiences that have taught him about Starmer’s “solidarity”. He and other union heads have been well warned.

The Labour Party is now a party with a new outlook; a fresh departure from the discredited old gang run by Corbyn. Well, anyway, that’s what we are told. Instead, they are simply rehashing the elements of the traditional conservatism of the Tories, a mixed mess of cynicism, hypocrisy and double-dealing. And in that, there is nothing new.

Capitalism is the cause of war. Currently, the means of production and destruction are the property of a minority, worked by us for their benefit. Only a democratic movement to put these things into the hands of the whole community will ensure a world of peace. Then we can carry out production for human enjoyment, not for profit, and melt down the weapons.

When you examine why the world erupts into war it becomes apparent that until we reorganise the basis of society it will be as necessary to carry on producing armaments as it will be to produce truncheons for policemen and keys for prisons. As society is presently arranged, the means of producing and distributing social wealth (the farms, factories, mills, mines, offices, transportation and communications) are monopolised by a small minority of people. This division is between the small minority who possess most of the wealth but do not contribute to its production and the great majority who possess almost nothing of the social wealth but produce it all.

Under this arrangement, wealth is not produced simply and directly to satisfy human requirements. This creates antagonism between members of the owning class as they compete to capture markets for their commodities, gain control over sources of raw materials, and dominate strategic trade routes. The international competition between capitalists is sometimes conducted through negotiations (“business deals”, bribery and threats) at conferences, summits and through diplomatic relations, but periodically such negotiations will break down. At times, although many people may be starving or in need of all sorts of goods, too much will have been produced to be profitably sold and then the competition between the capitalists will intensify as they struggle to dominate fresh markets in order to maintain their level of sales.

The industrial and commercial concerns will expand at the expense of others. The final stage in this sort of competition is war. It is an integral feature of the social process of the profit-system and in trying to gain superiority and bargaining power over one another, sections of the wealth-owning class from different countries will have developed for their protection even more barbaric weapons.