A Socialist Society Versus Capitalism 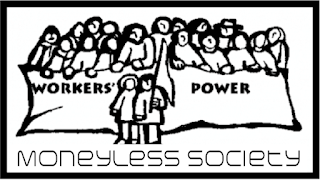 When there is a socialist movement of more than derisory strength it will of course unite across frontiers to use its influence to try and stop particular wars within capitalism. But its approaches would be made not to the governments, requesting them each to capitulate. but to the workers called upon to fight, pointing out that only their masters’ interests are at stake in the war. This has been the message of the Socialist Party in two World Wars and every war since with no expectation of achieving anything towards preventing these conflicts, given the solid support for capitalism of the great majority of workers. A situation where a massive socialist movement, not yet a majority, was confronted with a war, might never arise. Firstly, because the rate of the spread of socialist ideas might at that stage be expected to increase, so that world revolution would be imminent, with it the abolition of war. Secondly, because governments might be deterred from the initiation of wars by the knowledge that very substantial proportions of their populations could be relied upon to sabotage the war effort.


The basis of modern society is the ownership of the means of production by a section only of society and their consequent use to make profits for those owners. The rest of us, cut off from ownership, have to sell our mental and physical energies in order to live. We, who make up over 90 per cent of the population, alone produce all the wealth of capitalist society. The time has long since past when the capitalists themselves took any part in production. They have long since become redundant parasites, employing specially trained wage-labourers to perform the jobs, in the administration of the State and the management of their businesses, which when capitalism was younger they used to do themselves. Modern society and industry is now run from top to bottom by paid members of the working class. All the jobs in the administration, planning, production and distribution of wealth are carried out by workers.

If society is to advance, or progress, or improve, or whatever you like, it is necessary that somewhere along the line men think about it and decide that it is a good idea—not just in an abstract, moral way but in material and concrete terms.

The glaring contradiction in modern society is between large-scale social or co-operative production and the outdated sectional ownership of the means and instruments for producing wealth. Class ownership has become an anachronism that is holding back the use of society’s wealth to provide plenty for all. So what have we got? A modern technology capable of providing abundance. Workers capable of operating this highly-developed industrial system, yet doing this in the interests of a non-working, owning class who want their means of production geared to profit-making. But whether these are used to make profits or to satisfy human needs the technology is the same. Thus, the owners face the problem of training workers to administer and operate modern industry.


If society is to progress, or improve, or whatever you like, it is necessary that somewhere along the line men think about it and decide that it is a good idea—not just in an abstract, moral way but in material and concrete terms.

At present, ideas are really the only obstacle to do the great social advance which will end capitalism and all its contradictions and replace it with the saner, more humane society of socialism. Ideas alone are holding us up—human beings have developed the material necessities, a means of production which can feed and clothe and house us as well as we can want, but at the same time human support for capitalism maintains a social system which is at variance with those means of production. In other words, ideas are lagging behind material conditions. when a worker is confronted with the socialist alternative. Here is an idea which represents nothing less than an historic step to end the problems of capitalism. Yet when this idea is put to workers, their reaction often amounts to no more than objecting that, as it is a solution to their problems, it must be impossible. A society without leaders? We must have leaders, say workers, for the simple reason that we have them now. Without money? The world would stop without it, simply because money is so necessary to capitalism. Without war? Wars are unavoidable — simply because capitalism has conned them into thinking that war is a distasteful necessity.

Now so long as the working class think that socialism is impossible, then it is impossible. And as they accept the very existence of capitalism, and the priorities and fundamentals of the system, as evidence in favour of keeping it in being, they continue to think that socialism is impossible, undesirable, insane . . . Even when capitalism does its best to show them just what an impossible, undesirable, insane system is like — when capitalism sticks a flyover outside their front door, or herds people into stinking slums, or beats us all down in an obscene armed conflict — they are not convinced.