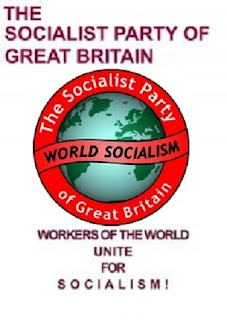 Socialism is an economic doctrine but it is an economic doctrine inseparably bound up with ideals concerning humanity.  The liberty aimed at by socialism is freedom of development for the individual as for society. This freedom is impossible under a regime of private property in the means of production. Marx never doubted that the emancipation of the workers must be the work of the workers themselves, and before him William Lovett and others in the London Working Men's Association (1836) firmly held that the workers could and must trust in themselves, not in leaders. Nevertheless, the other view has persisted, though with some changes of form. Almost alone among the parties the Socialist Party has consistently combatted those views. Are we right in doing so? Can the majority of the workers understand our case when it is presented to them? Is our slow progress due to some innate incapacity or—as we have always contended—is it due to capitalist propaganda and to the fact that our means of spreading socialist knowledge are restricted by our small resources and can only grow gradually? Are those people right who contend that the workers never will understand and that unless socialism can be achieved without working class understanding, it will never be achieved at all? Against all of the advocates of clever leaders using stupid masses stands the S.P.G.B. At the formation of the Party it was frankly recognised that knowledge is necessary and that the workers as a whole lacked knowledge—but not the capacity to understand and learn. Therefore the S.P.G.B. accepted that progress must lie slow, there could be no short cuts. In the Socialist Standard for February 1905 appeared the following typical declaration:


“The ignorance of the workers in the past has enabled the capitalists to possess themselves of the political machine. The workers all unwittingly have made the rod that is now applied to their backs. But what working class ignorance has done, working class enlightenment can undo. . . It is absolutely necessary that the workers shall see every step of the way clearly before they take it. Which may mean a slow advance, but it will certainly mean a sure advance." We in the Socialist Party know of no reason why other workers should not come to understand what we have come to understand. Some may develop more slowly than others, but logical understanding and action are not beyond the capacity of the majority. What we are up against is not an innate incapacity to understand, but the massive and tireless machinery of capitalist propaganda, including all the red herrings. No capitalist propaganda can for ever prevent the workers from becoming passionately interested in the failure of the capitalist system and the need to find a way out by their own efforts.

Reformism is a strategy; broadly speaking, it is the perspective that capitalist society can be transformed gradually, through a series of reforms, to meet people’s real needs.

Revolutionary Marxists, on the other hand, deny that reforms alone can eliminate the injustices of our society. Those injustices stem from the fundamental character of capitalism—so the system as a whole must be changed. In particular, working people must abolish capitalism’s repressive apparatus—the state, police, armed forces and bureaucracy—replacing them with democratic structures which are truly reflective of the needs and desires of the vast majority. The Socialist Party has carried on an unrelenting struggle against reformism in working class politics, attempting to break the working and its allies from reformist Illusions. To you, workers of the world, we address ourselves. AGITATE in the workshop, in the field, in the factory, until you arouse your co-workers to hatred of the slavery of which we are all the victims. EDUCATE, that the people may no longer be deluded by illusory hopes of prosperity under any system of society of which capitalists or landlords form an integral part. ORGANISE conscious of your historic mission as a class, you may seize the reins of political power whenever possible and, by intelligent application of the working-class ballot, clear the field of action for the revolutionary forces of the future.


Revolutionary socialism must be international. One harmonious system throughout the whole World. Everywhere society is in chaos and ferment. Climate crises and refugees from war are shaking up the thinking of millions. Nationalism is being revealed as capitalist snares to increasing numbers of workers, who are groping for a solution to their problems. Socialism is our only hope.


The dream of human liberation doesn’t die And the longer we go on without reaching that dream, the more determined we  become to achieve it.